In October I traveled to Korea — my fourth trip to that country — hosted once again by Rev. Dr. Billy Kim for a whirlwind schedule of 25 speaking engagements as well as meetings with prospective donors. Included were about a dozen churches, two prayer rallies, a high school, six colleges, and valuable conversations with some key leaders of industry, government and education. The six young men of Biola's King's Men singing group joined me for part of the time and were received with an exuberance that was overwhelming. They described their trip as "life-changing" — read their journey here. At Biola we have long enjoyed Dr. Kim's enthusiastic support for our mission and vision and on this trip he went above and beyond what I could have expected in careful preparation of so many events and the generous deployment of his Far East Broadcasting Co. resources to pull it off. I have the clear sense that Biola enjoys a unique reputation in Korea among Christian institutions of higher education, and that the support we enjoy from Billy Kim is an important contributing factor. 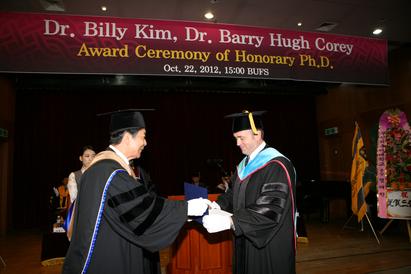 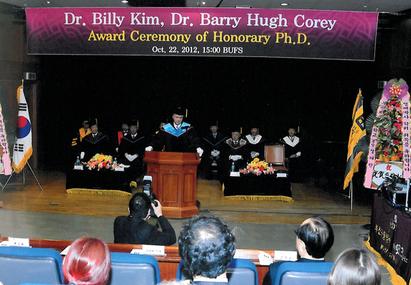 Congratulations to President Corey on being awared an honorary PhD from Busan University! 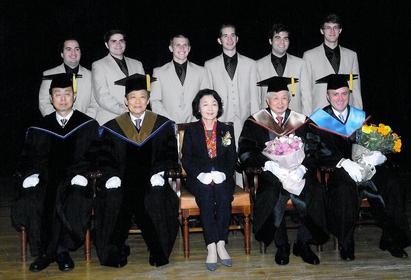 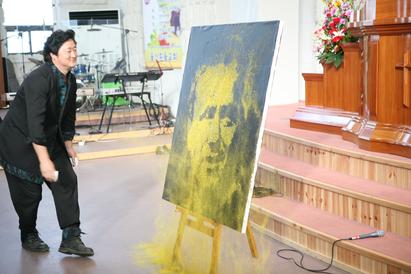 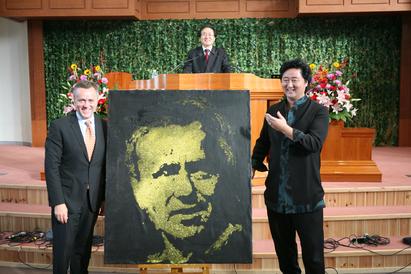 President Corey spoke at 12 churches throughout Korea, including Ulsan White Stone Church, where an artist surprised him by creating a glittering portrait. 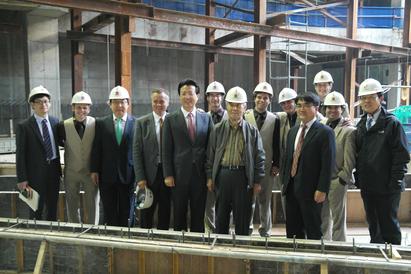 Rev. Dr. John Oh (M.Div., Talbot, '86) is leading a significant building project at Sarang Community Church, one of the most influential churches in Korea with more than 80,000 members. Biola honored Dr. Oh in May 2012 with the Biola University Legacy Award for Distinguished Leadership and Service. 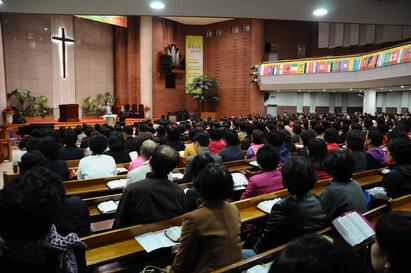 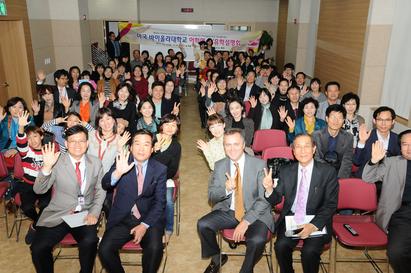 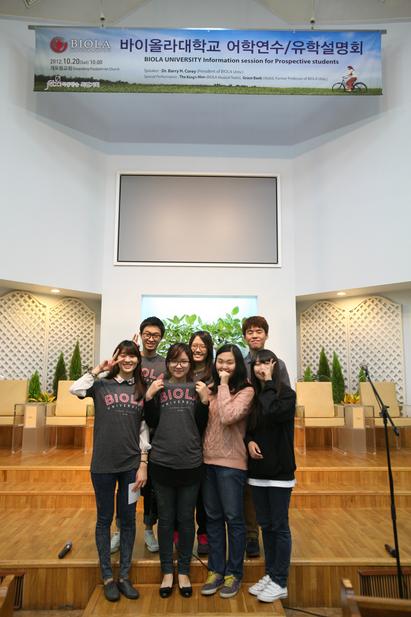 President Corey spoke at five information sessions for prospective Biola students, including one attended by 300 people. They loved the Biola shirts! 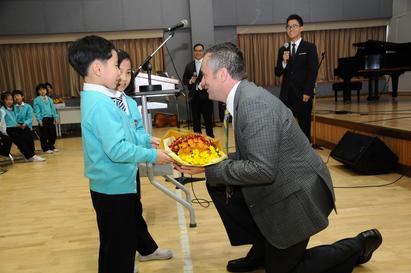 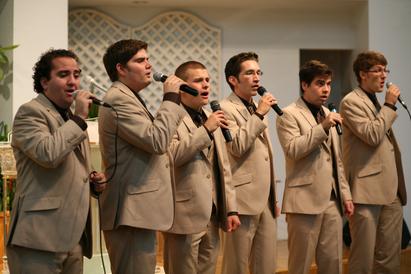 The King's Men traveled with President Corey throughout Korea. They performed music from their latest album, "Talk About a Soul" at churches, prayer rallies, and high schools. Read about their experiences.