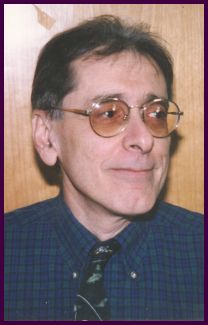 John Lawrence Boojamra (August 6, 1942-November 11, 1999) was a native New Yorker. He attended Brooklyn College - City University of New York, earning a B.S. in 1964. From there he enrolled at St. Vladimir's Orthodox Theological Seminary, Crestwood, New York, with the apparent intention of becoming a priest because he earned the Bachelor of Divinity (he was never ordained). After graduation, he spent time at the Ecumenical Institute of the World Council of Churches in Switzerland. He pursued graduate studies in Church History at Fordham University, studying with Fr. John Meyendorff, and earned his Master's and Ph.D. His doctoral dissertation (1976) was titled, The Ecclesiastical Reform of Patriarch Athanasios of Constantinople (1289-1293; 1303-1309). It appears that he did not study religious education formally; he certainly did not receive a degree in the field. However, in his writings we find references to works by John Westerhoff, Berard Marthaler, Gabriel Moran and C. Ellis Nelson. Examining only his footnotes one can see that Boojamra began a deliberate conversation between sources from the history of the Eastern Christian Church and the religious education theorists of his day.

Boojamra was married to Stellie Ann Anagnos, who died in 1989. He has a son, Constantine Boojamra, Ph.D. and a daughter, Nicole Boojamra. Boojamra died very suddenly and unexpectedly.

Since the 1950's founding of the Orthodox Christian Education Commission in the United States, there has been a continual discussion on the need for the Orthodox to develop theoretical resources on the nature of education in the life of the Church. John Boojamra was among the first to begin this conversation. As a theologically trained educator, Boojamra was actively involved in teaching the Orthodox faith and preparing Sunday school materials for many years before he began writing about it from a theoretical perspective.

We can see three recurrent issues in his thought. The first was a response to what he called the "liturgical captivity" of Orthodox Christian education. For many years, the publications of the Orthodox Christian Education Commission, which produced the resources for many Sunday church schools, focused largely on explaining the liturgical life of the Orthodox Church to young people. As Boojamra would later write, the church is liturgy but it is more than liturgy (1989, p. 30). He would begin to broaden the content of Christian education materials that the OCEC and Antiochian Archdiocese would produce to include ethics, social issues, spirituality, scripture, doctrine, as well as liturgical topics.

The second issue is that Orthodox Christian education must be rooted in the Orthodox understanding of personhood. He coined the term hypastagogy - meaning personhood education - as a contrast to pedagogy and androgogy. The best exposition of his ideas about personhood and education were expressed in "The Liberation of Christian Education" (1991a). In practice, for Boojamra, Christian education should be more concerned with formation than information (although important). He was concerned that that contemporary Church school programs had reduced Christian education to facts, dates, numbers, and doctrines that can be presented in a classroom in a forty-five minute period (1989, 8-9). In this process, adults have been ignored as learners and "(w)hen adult education is conducted, it is treated as just more childhood education and is carried out in the same format" (1989, 9).

Third, a recurring theme in Boojamra's writings was the community - the family, the parish, and the Church - as the locus of formation. He frequently used the phrase "total parish education" to highlight this importance. On this point, he published articles on "socialization theory" in religious education (1981, 1989). He was a strong proponent of cooperative learning strategies. In his writings on socialization and the family, Boojamra engaged the literature on Christian education in Roman Catholic and Protestant thought and began to filter it through Orthodox Christian experience and thought, making connections to the patristic tradition as well as contemporary developments in Orthodox theology.

Boojamra's influence was largely felt within the Orthodox Churches in the United States. As the professor of Christian Education at St. Vladimir's Seminary for over two decades, he influenced countless clergy and lay teachers. He oversaw the development of textbooks for the Orthodox Christian Education Commission and the Antiochian Orthodox Church; these books were used in Orthodox parishes throughout the English-speaking Orthodox world (the only other major publisher of resources in English is the Greek Orthodox Archdiocese of America).

Boojamra never stopped working on issues in Church history throughout his life. In fact, he published more in this area than in Christian education. His writings in Church History may be less well known, but are no less significant: Church and Social Reform (1993), and articles in journals such as The Greek Orthodox Theological Review, St. Vladimir's Theological Quarterly, Church History, Byzantion, and many others.

For most of his career, he worked as a solo act, with scant funding, and always on a "part-time" basis. He did not write as much as we would have liked on education. At the time of his death a manuscript on adolescents in the life of the Church was unfinished.

In a discipline with a handful of specialists globally, Boojamra's contribution to Orthodox Christian education is central. His focus on personhood and community as key concepts for Orthodox education are lasting contributions. In addition, his ability to mine the Orthodox Tradition and engage contemporary education literature provides a methodology on which future Orthodox religious educators might build.

"Christian education is by its nature total education. It involves total persons throughout their lives, and it involves the total parish in every aspect of its life. It cannot be limited to or defined by the classroom, with the child as the sole learner or the teacher as the sole educator."

"We have ignored the fact that Christianity is religion of adults, presented in adult categories, and speaking to needs that adults, through life-experiences have come to possess."

"Christian education is properly hypostagogy, since it is the education of the 'whole' person (he teleiotes) (2 Col. 3:14, Heb, 6:1) in preparation for 'whole' personhood. The efforts of Christian educators must either parallel normal human growth processes or stimulate those processes. In fact, the educational function of the Church is the nurturing of individuals into the fullness of humanity of Christ's perfect personhood, thus building up the 'body' of Christ, 'until we all may arrive at the unity of faith and the understanding of the Son of God that brings completeness of personality, tending toward the measure of the stature of the fullness of Christ' (Eph. 4:13).

"The most unique contribution of Orthodoxy in (education) is the Church's careful distinction between experience and explanation, and the truth that the experience of any reality always precedes the explanation."

"The function of Christian Education is, among other things and for programmatic purposes, organized around two principles - conveying information and building community. These two points have found their way into our curriculum materials as well as into my lectures and workshops. We have, for instance, focused on 'cooperative education' as a way of teaching and learning, conveying information and building a sense of community. The second point is the more difficult. It is connected to the first inasmuch as all learning is relational by nature; that is it happens between people and among people. In general, little learning takes place, except in highly motivated situations such as graduate schools in specialized areas, by the traditional lecture and classroom format. People learn best by relating to one another."

"In the twenty-first century formal pedagogy will be the single most important ministry in the Church, especially when the culture in which we have chosen to live or which we have ourselves created supports less and less what Christians deem virtuous and ethical."

"It is clear that pedagogy (child education), androgogy (adult education), or hypostagogy (personhood education) will be an important part of the Orthodox Church in the new century. The basic issue we have to deal with in ethics is the integrity of human personhood, and that integrity growing and developing in a believing community which expresses itself both liturgically, in the broad sense of a worshipping community, and socially as carrying with it certain customary variables that describe it and by which it describes itself."

Boojamra reviews the present state of the educational enterprise in the Orthodox Church in North America, in particular reviewing how the Orthodox have adopted concerns, approaches, theories, and methodologies that may not be consistent with Orthodox values.

A compilation of Boojamra's major writings on Christian education where we see Boojamra engaging contemporary thought on Christian education. In them we can see issues that he will return to throughout his work, especially the issue of personhood education or hypastogogy â€“ a term he will coin later and the role of community â€“ family and parish â€“ in the educational endeavor.

In this essay, Boojamra proposes hypastogogy â€“ the education of the whole person - as the goal of Christian education from an Orthodox perspective. He places the theological concept of personhood â€“ hypostasis, which emerged in the Trinitarian and Christological controversies of the fourth century within the realm of educational theory. Note: Phronema is a journal published by the Greek Orthodox Archdiocese of Australia, not easily located in libraries.

Boojamra, John L. (1998). Constantine and the Council of Arles: The foundation of Church and State in the Christian east. Greek Orthodox Theological Review, 43, 129-141.

Using primary sources, Boojamra examines Constantine the Great's interest and involvement in the Council of Arles (AD 314) and his impact on the subsequent involvement of the new Christian empire in ecclesiastical matters.

The Byzantine Orthodox Church was perhaps the strongest institution in the empire after the restoration of Byzantine control following the Latin occupation (1204-1261) caused by the Fourth Crusade. Boojamra studies the policies of Patriarch Athanasios of Constantinople who occupied the throne twice (1289-1293, 1303-1309). The book explores Athanasios' calls for social justice and his political involvement renewing the central imperial institutions.

Anton C. Vrame, Ph.D. (Boston College) is Director of the Department of Religious Education of the Greek Orthodox Archdiocese of America.