Technology is transforming our world — including how we do business, how we communicate and what we do for entertainment. In this quickly changing landscape, opportunities abound for people with advanced technological skills. Through Biola’s computer science major, you’ll develop knowledge and hone your ability to innovate, program, solve problems and succeed across a range of careers.

Why Choose Computer Science at Biola?

What Will I Study?

The computer science major offers expert training in computation and information processing strategies. By providing both a traditional computer science track and an information system track that emphasizes bridging computers and business management, you will be equipped with essential knowledge and skills. Course topics and highlights include:

END_OF_DOCUMENT_TOKEN_TO_BE_REPLACED 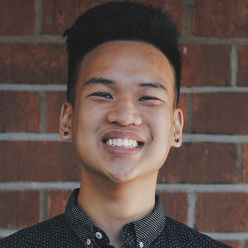 The small class size gives us the adequate attention we need as we continue to seek further knowledge as students. The professors here are able to guide us and show us how God can use our career choice to further His kingdom. 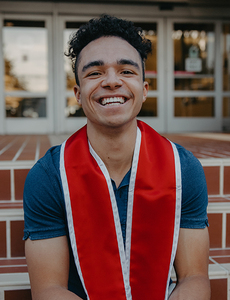 The thoughtful integration of a biblical worldview in classes has allowed me to see my gift in cybersecurity as a direct ministry to pursue justice and protect those who are vulnerable to attack. From professors to students the community and loving-kindness I have experienced here is quite like nothing I have experienced anywhere else. Biola has equipped me to winsomely yet boldly share my faith with others and has taught me how to praise God in the highs yet to lament well in the lows of life. If I had one single piece of advice to students considering computer science it would be to not fear failure; surely, we have a God who is greater than our biggest mountains.

The computer science degree will provide you exceptional general preparation for careers in the high demand science, business and computer communities. As a well-equipped professional, you can expect to impact the world for Jesus Christ in professions such as:

What are Graduates Doing Now?

Biola's computer science graduates have gone on to use their computer expertise in major international companies, Hollywood and missions to impact the world for Jesus. Some have gone on to graduate programs at UCLA, UC Davis, UC Irvine, UC San Diego, UC Santa Barbara, University of Southern California and University of Washington. Professional highlights include: