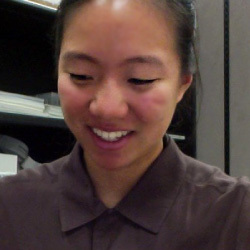 Many people take advantage of summer to continue taking classes and actively search for internships. However, the elusive internship is difficult to secure. I began my internship experiences when I was a sophomore in high school. Ergo Rehabilitation Physical Therapy Center was where I received my first internship. When interning, the businesses may be too busy attending to their own duties, to much less afford some patience and time to give you tasks. Unless you are enrolled in a formal internship program, interning can be a clumsily awkward experience.

There are initial anxieties before you even get to the office. Anxiety over whether your attire is appropriate, or if your two-toned TOMS will be able to withstand all the walking around the halls you will be going. The secret to combating these anxieties — cognitive capabilities.

If you stride into your internship everyday thinking, "This is going to be another pointless bungling day." Then you will most likely have a fruitless time. However, the secret is to engage yourself in observing what is around you. Even if you simply listen to the receptionist take phone calls, or sweep the floors. There is knowledge to be gained within the mundane tasks. You may be surprised at how much you can learn about a company from just sweeping their floor — I sure did.

My interning adventures continued as I completed my freshman year at Biola University. After prayer and a time of exploring, I discovered a passion for Food Science. Several interning options began with a sketchy tortilla factory and several Southern California vitamin companies. Eventually, I fell upon AEMTEK after connecting with my intuitive career counselor at Biola. I soon captured the attention of the president of AEMTEK and proceeded to begin another optimal opportunity to broaden my knowledge. A summary of my summer at AEMTEK is what I like to call working on my "Mini Thesis." I have completed the paper and it will be published in the fall.

As an intern at AEMTEK, I worked in the research and development sector of the food microbiology laboratory. A mouthful that phrase was, and a mouthful is what I received at AEMTEK...quite literally. Since I worked with the food microbiology lab there was always an abundance of Starbucks croissants, soft Madeleines, and cupcake shaped brownies that claimed to be "Petite" (let's just say no one at the company who wanted to stay petite ate the brownies).

The technical director at AEMTEK referred to the plentitude of free snacks as "brain food." Later on, I came to appreciate his cognizance of the amount of calories my brain would be burning to carry out my project. I was assigned to research a variety of media for the selective enumeration of several probiotic bacteria used in commercial yogurts. From the beginning, I doubted that my unseasoned intern skills would be able to adequately marinate in research before being tested. However, the Lord taught me through patience and perseverance the importance of thoroughly researching before heading to the lab. Daily, I would stride into work and traverse the Internet for research. Soon it came time to enter the lab. With a clean lab coat and a great deal of fumbling documents and procedures, I proceeded to become a scientist.

And a scientist I became.

After some wandering, I eventually discovered the correct media to enumerate my chosen probiotic bacteria with. I felt an exuberant mixture of joy and awe. I was left in awe by God's choice to create such complex microorganisms and graciously allow me to study them.

How great a God we serve! His sovereignty and majesty became all the more apparent to me as I poured over counting my probiotic colonies. Truly incredible and merciful is the Lord God Almighty. Soli Deo Gloria.