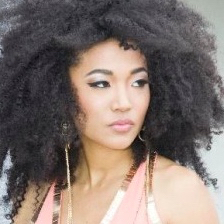 Everywhere you go, you wear your faith. When you have the Holy Spirit, when you have that core, it doesn’t falter. No matter what major, what classes you’re in or what you’re studying, soak it up. It’s what shapes you... Soak up the serenity, those peaceful places on campus. Once you leave, you have to be a lot more intentional.