About the Department of Digital Journalism and Media

Preparing Students to Impact the World

Your journalism education at Biola will prepare you for a meaningful career you can take pride in. Whether you’re looking to enter a top-level television market as a broadcast journalist or find your calling in human interest stories across the globe, you’ll have the tools you need to pursue your journalism career with excellence. 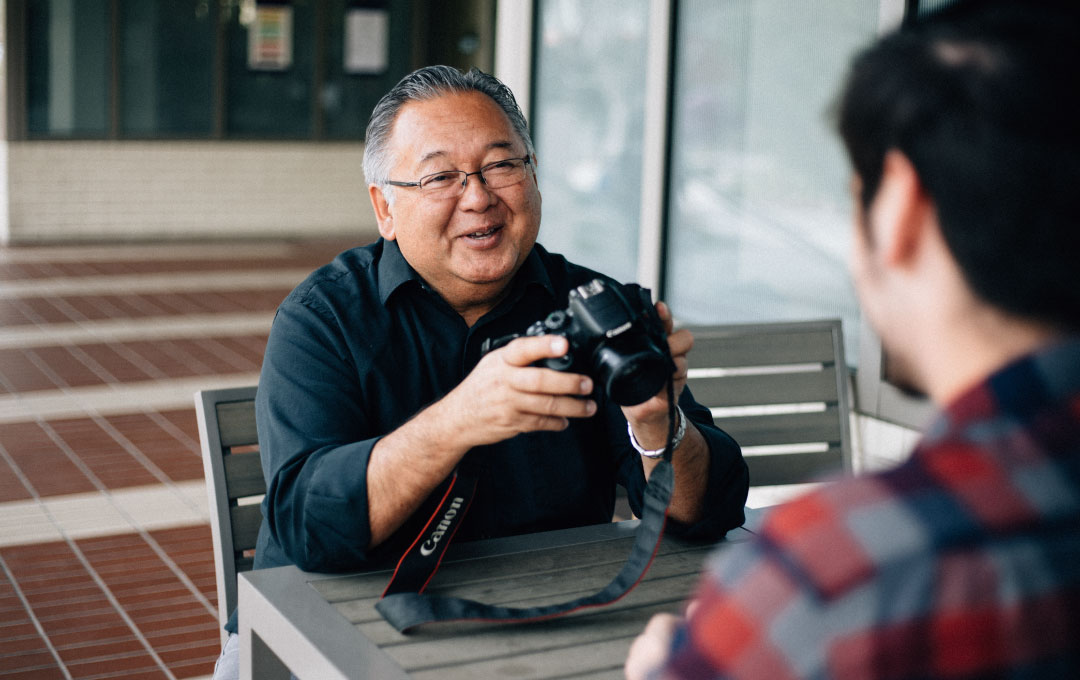 Meet Our Faculty and Staff

The journalism faculty and staff are here to guide you and support you throughout your time at Biola. Our skilled and experienced faculty will help equip you with important skills you apply to your career.

Learn About Our Faculty & Staff

Have questions or want to learn more? Contact us for more information.

Both of our programs are accredited by the WASC Senior College and University Commission (WSCUC):

News journalism by students at Biola traces to the 1930s when students formed the first weekly newspaper for the university, The Chimes. That publication served the downtown Los Angeles campus for nearly two decades before its reporting began coverage of a new campus in La Mirada, Calif. — southeast of Los Angeles. Journalism and media-related communication courses have been offered at Biola in a variety of contexts over the years, but a journalism major was first launched in the late 1970s under the leadership of a broadcast journalism faculty member named Tom Nash. Print and broadcast journalism grew together over the following decades under guidance of faculty with professional experience, including Roberta Green Ahmanson, a former religion writer for the Orange County Register and now a nationally-renowned philanthropist and benefactor of journalism programs at Christian universities.

The hiring of Dr. Douglas Tarpley in 2004 brought new life to Biola’s journalism program. He helped craft a nationally competitive curriculum that blended narrative news, photojournalism, video journalism and online approaches. The new media-convergent curriculum made the study and practice of public relations part of the mix for all students — an uncommon but popular blend. Tarpley helped bring a significant donation to the journalism program in 2009 that launched a remodel of the north half of the Production Center, converting the space into a convergent newsroom/lab, state-of-the-art TV studio and control room, and a portrait studio for photojournalism. Faculty have been hired over the last 15 years bringing hands-on experience in professional journalism with daily newspapers, magazines, network TV news, photojournalism and publication design.

In 2020, public relations and journalism separated as distinct departments. At the same time, the School of Fine Arts & Communication was launched under the leadership of Dr. Todd Guy. Under Guy’s guidance, the new Department of Digital Journalism and Media began charting a new path for students with an emphasis on career preparation for journalism of all kinds, media related to ministry and global missions, and the convergence of words, photos, video and interactive web media. Biola’s journalism program has become a model of excellence for colleges and universities nationally and overseas.