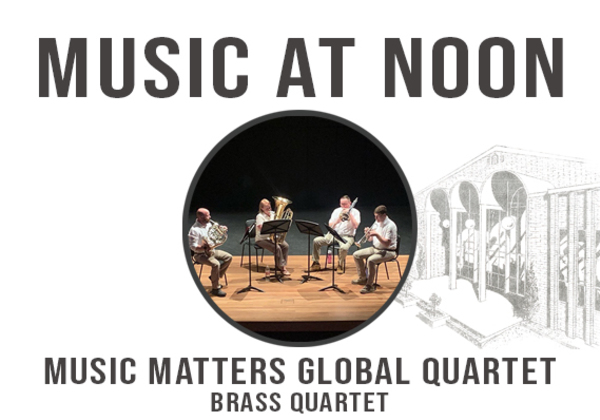 Partnering with existing music programs, MMG is dedicated to taking professional concerts and musical instruction to impoverished areas across the United States and around the world.

Chris Wilson (HORN) has been involved in music from an early age. He began playing classical guitar when he was 9 years old, then switched to horn a few years later. Chris went to Indiana University where he studied with Myron Bloom, former principal horn of the Cleveland Symphony Orchestra when George Szell conducted. After receiving his bachelors in music, Chris moved to Los Angeles to pursue a freelance career and study with Vincent De Rosa, one of the most celebrated and recorded brass players in the recording industry. In 2005 Chris received his Masters in music from the University of Southern California and is currently freelances in Los Angeles and around Southern California. Since 2001 he has had the pleasure and honor of working with the talented young students at Idyllwild School of the Arts in California where he coaches and performs.

Robert Seitz (TROMBONE) received the degree Bachelor of Music in Performance from Biola University in 2016. Robert is an active freelance musician in Los Angeles and Orange Counties and has performed in the La Mirada Symphony and Thornton Symphony at USC. His principal teachers have been Phil Keen, David Stetson, Ralph Sauer, and Terry Cravens.  Robert has been teaching privately since 2011 with many students experiencing success and has also run sectional for many schools in the Orange County area.  Robert is currently working on a degree from USC and will obtain a M.M. in Performance in 2019.

Beth Mitchell (TUBA) enjoys an active freelance career as a tubist in Los Angeles performing with local top orchestras, ensembles, and in the film studios.  She regularly tours nationally and internationally, playing recitals and teaching around the world for the Eastman Musical Instrument Company and also works with them on tuba development.   She is on the faculties of Pasadena City College, Biola University, Cerritos College, and is a member of the Disneyland Band.   Beth holds degrees in tuba performance from the Peabody Conservatory of Music of the Johns Hopkins University, the University of Southern California, and is finishing her Doctorate of Musical Arts also from USC in Tuba, Musicology, Conducting, and Arts Leadership.  Beth Mitchell is an Eastman International Recital Artist and Clinician.