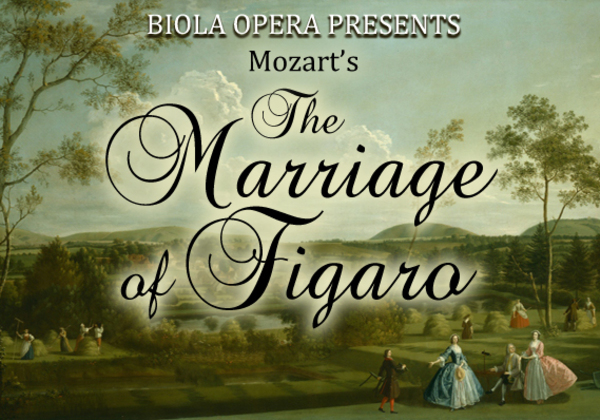 The Marriage of Figaro

This February, the Biola University Opera will present W.A. Mozart's most beloved opera, The Marriage of Figaro.

Composed in 1786, this four-act opera buffa (comic opera) continues the plot of The Barber of Seville several years later. Figaro and Susannah's nuptials have run amuck as their master, Count Almaviva, has set his cap on Susannah, and is neglecting his own wife. Figaro, Susannah, and the Countess scheme to teach the Count a lesson in fidelity; and through their clever manipulations, the Count's love for his wife is finally restored.

Dr. Jeanne Robison directs this opera for the third time here at Biola.