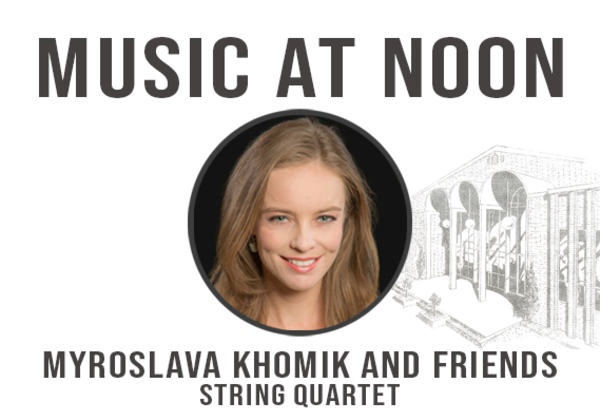 Ukrainian-American violinist Myroslava (Mira) Khomik is a top-prize winner of international competitions including Remember Enescu Competition in Romania, Ugzhorod Silver Bells in Ukraine, and the New Names of Ukraine. She has appeared as a soloist with orchestras in Ukraine, Spain, US, Hong Kong, Vietnam, Thailand, Japan, and her performances were broadcast on National TV and Radio in Ukraine, the US, and in Vietnam. Ms. Khomik is an avid promoter of contemporary composers, and regularly participates in premieres of new works. Most recent highlights include new premiere of the violin concerto by Ferran Sor with Orquestra de la Societat de Concerts de Barcelona, guest solo appearance and master classes at the 10mo. Festival Internacional de Musica y Musicologia in Mexico, and with the Kyiv Kamerata at the Gulfstream Festival in Ukraine, and completing a weeklong residency at UNASP in San Paolo, and at the Projeto Retreta, an outreach music program for the underprivileged children in Artur Nogueira, Brazil.