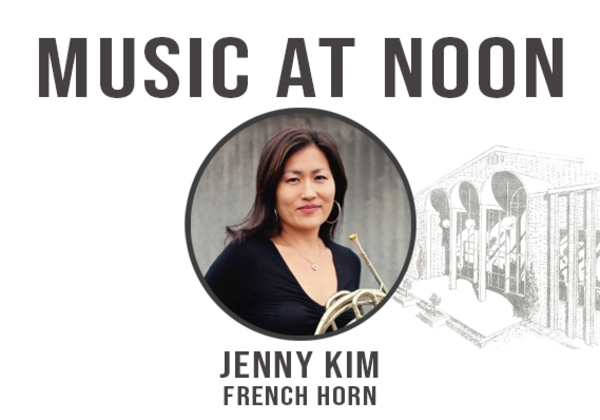 A champion for both her students and the French horn, Jenny Kim has set a distinct musical path for her career, which encompasses orchestral work, major studio recordings, and horn instruction. She became a studio artist at Biola in 2011. Jenny is associate Principal Horn of the Los Angeles Opera, as well as Principal Horn in the Santa Barbara Chamber Orchestra and Third Horn with New West Symphony. She also performs frequently with the Los Angeles Philharmonic, Pacific Symphony and the Pasadena Symphony. As a recording artist, she has worked on countless motion pictures, including Star Wars Episodes VII and VIII, Moana, Rogue One, Men in Black (2019), Frozen, Avatar, and The Incredibles 2. She has also recorded and performed live with Barbra Streisand, Michael Bublé, Amy Grant and Will.i.am.

Jenny received her Master of Music degree from the University of Southern California and her Bachelor of Music and Performer's Certificate from the Eastman School of Music. She won first prize in several prominent competitions, including earning the International Horn Society's Jon Hawkins Award, and has soloed with the Los Angeles Philharmonic, performing Mozart's Second Horn Concerto. Her principal teachers were Brian Drake, Peter Kurau, Richard Todd and James Decker.