Where Have Christian Academics Been Hiding?

About two years ago I watched your debate with Michael Payton in which you made the startling remark that in the past half century a revolution had taken place regarding Christian philosophy in the Anglo-Saxon realm. At that time I thought that this was just some disingenuous rhetorical trick to try to fool the ignorant public into thinking Christianity was an acceptable point of view in academia, but at that time I thought minds like Richard Dawkins were enlightened thinkers, since no one in church I asked the questions he proposes was able to satisfactorily answer them, and I was simply unaware that such a revolution had actually taken place. At that time, I hadn't even heard of thinkers like Plantinga, Swinburne and yourselves. After having studied some philosophy, I've come to see what you mean by this revolution, but if I hadn't come across videos of John Lennox and your debate with Christopher Hitchens, I probably would never have known about these answers to difficult questions that these great Christian thinkers have provided and have become a vehement agnostic/atheist myself now. Thanks to your work, I've grown more confident in my faith and proclaiming it to others then I could ever have imagined two years ago.

My question is this: what is your explanation for this gap between the academic world and popular thinking? And especially, why haven't these answers reached the churches? Why do so many people lose their faith, because they think no one can answer their questions, while there is a wealth of philosophy and theology available to them, but just floating in an academic vacuum? And as young academic students, who do know that there are these answers: what could we do to help Christ's cause in this?

Thank you for everything you do and please, as long as you breathe, don't ever stop with your apologetic ministry! 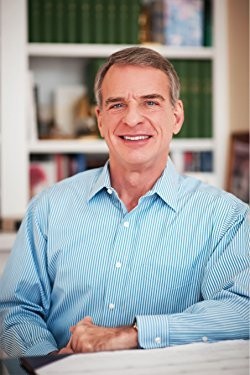 I enjoy talking to popular audiences about the renaissance of Christian philosophy over the past generation, Hidde, because it so often comes as a surprise to people. I find that Christian laymen are still generally unaware of the intellectual members of the body of Christ, almost as if they did not exist. Why “this gap between the academic world and popular thinking?” I think there are many factors contributing to this gap.

1. The trickle-down effect. You need to appreciate how relatively recent the renaissance in Christian philosophy is. It’s been going on in the Anglo-American realm only since the 1970s. It’s just a faint spark in Europe and still hasn’t reached Latin America. It takes time for the influence of Christian scholars to trickle down to people in the pew. Fortunately, through the work of gifted popularizers like Lee Strobel, Ravi Zacharias, Greg Koukl, and many others, the work of Christian scholars is becoming available to laypeople. The interest in apologetics among ordinary laymen is booming as a result. So patience is required for the influence of Christian scholars to filter down to people in our churches.

2. Our seminaries do not train our future ministers adequately in Christian apologetics. The average seminary curriculum includes very little training to equip our future pastors in natural theology, Christian evidences, and answering substantive objections to Christianity. They learn Bible contents, sermon preparation, management principles, and so forth, but little in-depth theology and philosophy.

3. Our pastors do not equip their flocks to give a reason for the hope that is in them (I Peter 3.15). Most treat laypeople as simpletons who must not be challenged to think, for fear they may leave. No vision exists for providing other venues for training outside the morning service. In all fairness, pastors are so over-worked, many do not have the time to maintain an intellectual life themselves, so there is little water in the well. Moreover, they are faced with more urgent existential crises in their congregations like divorce, parents’ distress over rebellious teenagers, financial problems, and so on, that make intellectual questions seem worlds away from real life.

4. Christian laymen share in our appallingly superficial culture, which prizes entertainment, sports, celebrities, and so on, over developing the life of the mind. Our Christian bookstores are filled with “Jesus junk” (knick knacks) instead of good books, so laypeople rarely encounter academic Christian authors. Again, this is fortunately changing. When you compare what is available through Christian publishers today to what there was back in the 1940s and 1950s, it’s like night and day! Unfortunately, many Christians just never come into contact with this material.

So what can you do to help? Simple: start a class or small group in your local church where you go through a book like The Case for Christ over several weeks. Or watch the videos of my Defenders class together and have a discussion. Or watch a debate together and talk about it. The key is not to rely on others to start something but to do it yourself. Of course, get permission if that seems advisable, but take the initiative and get involved.