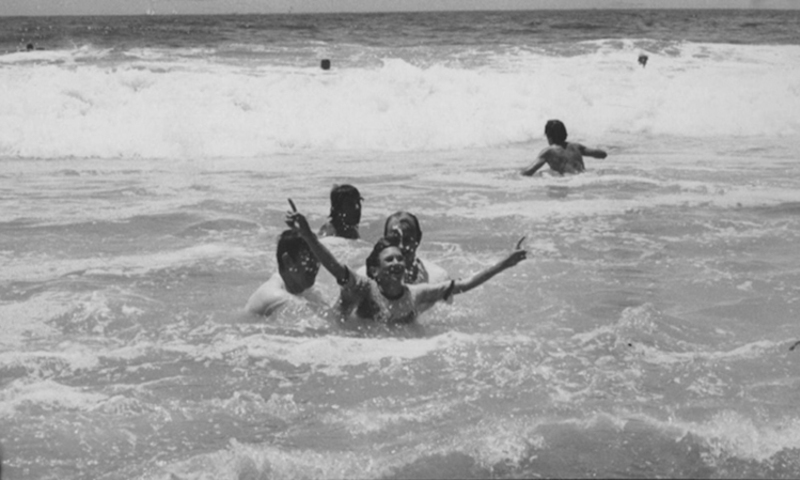 Six decades ago, America was experiencing a moral and spiritual decadency similar to the condition of our times. However, in Southern California, the Holy Spirit empowered a generation, and a spiritual awakening took place on par with the 1906 Azusa Street Revival. It was amazing how hippies, homeless people and the marginalized were being transformed by the Word of God into preachers, worship leaders and agents of redemption.

This marvelous move of God is what we’ve come to know today as the Jesus People Movement (JPM). What can we learn from this Holy Spirit gospel-centered movement? In order to address this and other pertinent questions, the Center for the Study of the Work and Ministry of the Holy Spirit Today will be launching its first conference titled Ablaze 2021. This year marks the 50th anniversary of the JPM, which was truly one of the most important revivals of modern American Christianity. Together, we will reflect on the legacy and implications of this movement and seek to learn relevant lessons for today.

The conference will be hosted at Biola University on October 7–9, 2021, and is jointly sponsored by Talbot School of Theology and the Billy Graham Center at Wheaton College. The flow will consist of three days of plenary sessions, panel presentations and workshop breakout sessions covering topics such as theology of the Holy Spirit, worship and music, evangelism, new generations, pastoral ministry, spiritual formation and others.

What are some important insights and takeaways we can learn from the JPM as we look into the future, and why should university students, seminarians, faculty, pastors and leaders be interested in learning about it today? The JPM impacted secular society and the media. Over 50 years ago, thousands of young lives were being delivered by the power of the Holy Spirit and by the gospel of the cross of Christ. By the early 1970s, the JPM received wide secular press coverage in many important magazines. Look magazine appears to be the one who coined the phrase Jesus Movement, describing the phenomenon in their article in February 1971. Life magazine had a notable report in their May 1971 issue, “The Groovy Christians.” Time magazine in their June 21, 1971, issue, had an article titled “Jesus Revolution.” Yet, it’s important to briefly remember how the JPM came out of the turbulence of the 1960s.

It was the kind of thing that in retrospect made sense, but I think nobody could have predicted it. As we look back through history, we can see how the Holy Spirit moved amidst chaotic social times. More unpredictable is to see how the JPM received wide secular coverage without the power of today’s social media mechanisms. These historical takeaways affirm that secular media and society sees the good of the gospel being lived out through a community of love. A love in action that characterizes the church must be shown as we face complex times in American contemporary history.

The JPM generation roused through an “Eve of Destruction,” a famous song interpreted by Barry McGuire. It is estimated that many young people were disappointed with the Christian religion and pursued a free-spirited lifestyle. For social architects, the ’60s in many ways experienced a social revolution. It was marked by the rise of television, radio, drugs and a wave of music that came in forms of different genres: Motown/R&B, Surf Rock/ Psychedelic Rock, Hard Rock/Folk Rock and Protest Music. The generations of the ’60s rejected traditional values and preferred to live life without restrictions. During that time there was also tremendous protest against racial injustice, and the civil rights movement was instrumental in pointing out the destructive sin of racism. Political instability increased with the Cuban missile crisis. There was also great disillusionment as things turned violent with assassinations, Vietnam riots and protests, and many people felt society was coming apart.

Another takeaway is that amidst global turmoil and social distancing between humans and God, large numbers of youth were being called to intimacy with Jesus Christ. These young people became the leaders of the next generation of the Christian advance and in the resurgence of U.S. evangelicalism. Billy Graham, in his book The Jesus Generation, wrote that he was “convinced that the ‘Jesus revolution’” was making a “profound impact on the youth of America.” Graham’s remarks reaffirm our ecclesial community: to have confidence in God's faithfulness, to carry out our missional mandate and to invite the Holy Spirit’s empowerment over our lives to fulfill God’s plans in our world.

The JPM generation influenced the church beyond their numbers. It is difficult to estimate how many people were reached through the movement. We don’t have empirical data to show the numbers. Nonetheless, the qualitative recollections, books, church records, photographs and oral accounts (more at the conference) of people present projected there were thousands involved. An interviewer shared that David Wilkerson, an Assemblies of God minister and founder of Teen Challenge, estimated there were 300,000 people in the JPM by the early 1970s. Scholars have disputed that figure, and others cannot prove or deny it one way or another.

The takeaway is to recognize that the young people’s influence was far beyond their numbers. To focus on the statistics and not on the impact they had on the next generation would be an understatement. Larry Eskridge argues that the JPM “is one of the most significant American religious phenomena of the postwar period.” Eskridge also contends that the Jesus People “shaped the development and direction of the larger American evangelical subculture.” The JPM and other revival movements throughout history had unmeasurable influence on the rest of culture. Therefore, in the power of the Holy Spirit, the Church must continue its agency of being an influencer and co-creators of culture as Andy Crouch argues in Culture Making. And it must continue to send people into public and private spheres as agents of transformation, as equally argued by Abraham Kuyper in Lectures on Calvinism, and echoed by Richard Niebuhr in Christ and Culture and Richard Mouw in He Shines in All That’s Fair.

The JPM generation influenced the local church structure in enormous ways. The places of worship were now coffee houses, welcoming people with the slogan, “Come as you are.” At churches, the ones leading were “hipsters” in style (sounds familiar). The JPM rhythms attracted long-haired and bellbottomed youth who began flooding the churches. The bands introduced new contemporary worship music, replacing the hymnal books, crafting a new liturgical order that became a key element in church format. The incorporation of electrical instruments, drums, guitars, etc., supported the preaching led by young ex-hippies like Chuck Girard, 2nd Chapter of Acts and Larry Norman, at places like Calvary Chapel in Costa Mesa. Also, in this era we see the flourishing of Con- temporary Christian Music. Agreeable or not, and amidst the tension that this creates, the adaptability by leaders like Chuck Smith, John Wimber and others, provided spiritual thrust to the Calvary Chapels and Vineyard churches. From these examples, other movements and denominations began to renew their traditional church liturgy formats.

The takeaways are that contemporary styles of worship are always generationally driven, and liturgy adapts to this dynamic or vice versa. Agree or not, the truth is that it will take all kinds of new worship styles anchored in Scripture, shaped by the unchanging truths of the gospel to evangelize the new generations.

The JPM can be described by missiologists as a Holy Spirit interdenominational awakening movement. This period is not just inspiring but birthed what scholars have called the “Fourth Wave” of revival in American history. Ed Stetzer traces a wide range of Pentecostal, Charismatic and new paradigm church models back to this movement. In doing so, he says in his invitation to scholars: “JPM represents the Fourth Great Awakening in American religious life.” The takeaway is that the spiritual awakening of the ’60s contributed in the reconciliation of American society with God and with each other.

As we look into the future, the JPM also helps us to refocus our institutions by emphasizing three key missional theologies: celebration of the kingdom of God and the glorified Christ, intergenerational evangelism and the proclamation of the Word to all spheres, and on opening our hearts to the surprising work of the Holy Spirit. These missional emphases are not new to the life of the church; they were a thrust in the ministry of Jesus Christ and his disciples. Also, they are found during the establishment of the primitive church. We see them during the Reformation and resurging in the JPM.

I have thought carefully about how to close this article. I will not give you a summary or expand on the missional theology discovered in the JPM. However, instead, I want you to hear my heart in these final words. I write them on the day COVID-19 was announced as a pandemic. I write them thinking of you, on my knees, and from a farm in a small dark room in the house of a persecuted pastor of an underground house church in Cuba. As we look forward into the 21st century, the JPM and the brightness of my screen reminds us that we are light in the dark places. That no matter the era or social condition, the Holy Spirit is working and uses broken people to fulfill God’s plans for restoration of the human heart. The Holy Spirit works through in epochs of disarray. The Holy Spirit wind is the one that creates the movement; it blows where it pleases, and awakens the heart of the spiritually dead.

Let me reiterate, the Holy Spirit blows where it pleases and does not belong to any one particular Christian assembly, including the JPM. The Pentecostals and Reformed Charismatics don’t own the Holy Spirit. The evangelical mainline denominations and independent churches don’t own the Holy Spirit. Because the Spirit uses broken people, we must acknowledge that we will make mistakes. Despite its complexity and dynamism, the JPM is commonly subjected to stereotypes and mischaracterization. In the JPM, there is a dark side that resulted in hurt and suffering and many were also disappointed. But one thing is clear in our examination: the hearts of people were ABLAZE for the work of evangelism, and society witnessed the love of Christ.

Can the Holy Spirit do this again? YES! Some may be skeptical at this answer, but I propose you consider looking to the past for inspiration and into the future with aspiration. So, yes! Not in the same way, of course. But our Savior can do it again, regardless of our race or background, for he is sovereign. Yes! The Holy Spirit can do it in the contexts of universities, in our students, in our churches and in our lives. With this in mind, we are designing this conference — to compel us to pursue a fresh outpouring of the Holy Spirit. To make our hearts sensitive to rekindling our passion for evangelism, and to continue faithfully preaching the transformative truths found in the gospel of the cross. It was, and it will always be, through the Holy Spirit and the eternal transforming Word of God that hearts will be brought to repentance.

Love you, dear brothers and sisters. You are the Jesus People of today. See you at Ablaze 2021.

How did the Jesus People Movement impact Christianity in America?

All photos made available by Fuller Theological Seminary | fuller.edu