Four Lessons for Christmas from Mary’s Song of Praise 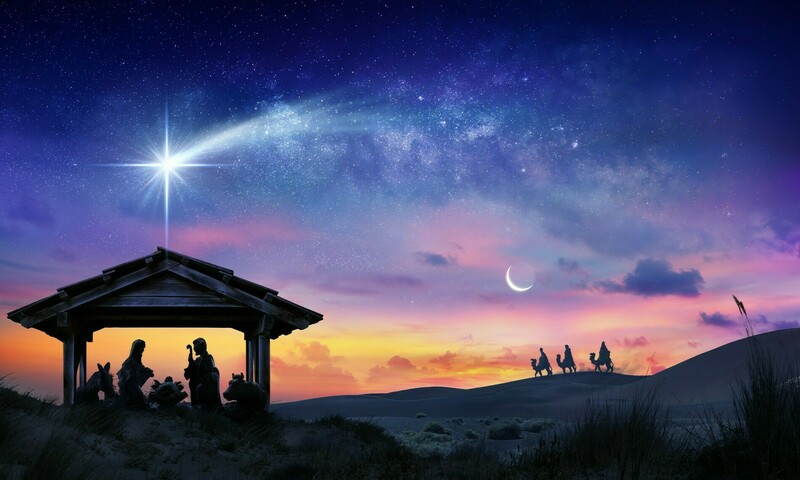 God broke into history by bringing a surprise announcement to a peasant girl in Nazareth. Mary’s response to this astonishing—and scandalous…even terrifying—proclamation that she would be the virgin mother of the Messiah is instructive for how we should respond to a God who not only broke into history, but has broken into our lives through the coming of Messiah Jesus.

46 And Mary said, “My soul magnifies the Lord,
47 and my spirit rejoices in God my Savior,
48 for he has looked on the humble estate of his servant. For behold, from now on all generations will call me blessed;
49 for he who is mighty has done great things for me, and holy is his name.
50 And his mercy is for those who fear him from generation to generation.
51 He has shown strength with his arm; he has scattered the proud in the thoughts of their hearts;
52 he has brought down the mighty from their thrones and exalted those of humble estate;
53 he has filled the hungry with good things, and the rich he has sent away empty.
54 He has helped his servant Israel, in remembrance of his mercy,
55 as he spoke to our fathers, to Abraham and to his offspring forever." (Luke 1:46-55 ESV)

Mary offered an amazing testimony of how to respond to a God who has broken into our lives through the coming of Jesus. Here are four things we can learn from Mary’s song:

1. Mary rejoiced in her God.

In verses 47-48 Mary exclaimed, “My soul magnifies the Lord and my spirit rejoices in God my Savior.” Despite the almost certain humiliation that would accompany her unwed pregnancy, she decided to magnify the Lord and rejoice in God her Savior. Nothing that day was going to steal her joy in the Lord.

Some time ago, I was pulled into a series of difficult discussions with a quite difficult person. Those conversations were taking up a lot of my thinking and prayers. One day while I was reading my Bible, I found encouragement in a line from Jesus’s farewell address. Just after he told his disciples that they would face sorrow when he was taken away from them (through crucifixion), Jesus encouraged them that he would come again to them (pointing to the resurrection), then added: “and no one will take your joy from you” (John 16:22).

Mary rejoiced in God her Savior. So also should we.

2. Mary acknowledged that it was all of grace.

In verses 48-50, we observe Mary acknowledging the grace she had received. She accepted (speaking of herself) “the humble estate of his servant.” She knew she was “blessed.” She recognized that great things had been done “for me.” All of it was a result of God’s “mercy.”

A few weeks ago we celebrated Thanksgiving in the United States. Did you know that one of the best ways to grow in understanding the grace of God is by thanking him a lot? Regular thanksgiving and praise—don’t forget how Mary started the song—reminds us that everything about our relationship with God through Christ is of grace. The proper response to the incredible outpouring of the grace of God through Jesus Christ is to turn around and live a life of responsive thanksgiving. This is because thanksgiving comes about in Christ.

Mary acknowledged that it was all a matter of God’s grace. So also should we.

3. Mary declared the victory of God over the proud and powerful.

In verses 51-53, we observe Mary declaring God’s victory. “He has shown strength with his arm.” “He has scattered the proud in the thoughts of their hearts.” “He has brought down the mighty from their thrones.” “He has filled the hungry…and the rich he has sent away empty.”

She styled her song after the song of Hannah in the Old Testament (1 Samuel 2:1-10)

Hannah prayed: My heart exults in the Lord
Mary prayed: My soul magnifies the Lord

Hannah worshiped with the words: There is none holy like the LORD
Mary worshiped by saying: Holy is his name

Hannah exclaimed: Talk no more so very proudly
Mary exclaimed: He has scattered the proud in the thoughts of their hearts

Hannah proclaimed: The bows of the mighty are broken, but the feeble bind on strength.
Mary proclaimed: He has brought down the mighty from their thrones and exalted those of humble estate.

Hannah declared: The LORD makes poor and makes rich; he brings low and he exalts.
Mary declared: He has filled the hungry with good things, and the rich he has sent away empty.

I love this! Mary wasn’t simply declaring the victory of God; she did it using some of the thoughts and words of a saint of old, Hannah. Actually, what Mary did is not too different from the way we sometimes use biblical language to frame our prayers. Both of these godly women lit up the heavens with their declarations.

Notice that Mary was humble, but not at all passive. She boldly declared the victory of God. Recall once again, though, that she did it in the moment she was most vulnerable—just before she headed back to Galilee, and probably shortly before the residents of Nazareth would discover that she was pregnant. At minimum, Mary would experience life-long social shame—the unmarried woman who gave birth to a son who eventually got crucified! Death at the hands of the powerful was also a possibility for Mary herself.

But Mary declared the victory of God over all those who portray themselves as proud and powerful. So also can we.

4. Mary tied into what God was doing, not only in her generation, but in the broader scope of God’s work in history.

I have already mentioned that Mary drew upon the language and themes of Hannah, who lived more than a thousand years before her. So also in verse 50, Mary reflected back upon what God had done in the past in rescuing his people: “And his mercy is for those who fear him from generation to generation.” Then in verses 54-55, she focused more specifically on God’s faithfulness to Abraham and his grandson Israel (Jacob) and their descendants: “He has helped his servant Israel, in remembrance of his mercy, as he spoke to our fathers, to Abraham and to his offspring forever.”

Luke the evangelist, who was the only author of a Gospel to include the Magnificat (Mary’s Song), loved to bring Abraham into his narrative (Luke 1, 3, 13, 16, 19, 20). Mentioning Abraham was important to Luke because Luke wanted to emphasize that God had made an unconditional promise to Abraham that God was dedicated to fulfilling. God’s promise to Abraham often gets repeated in the Old Testament, but finally and fully got fulfilled in Jesus. Luke wanted us to know that truth, and personally own it. That’s one of the reasons Mary’s song is here.

Let’s admit it. We are modern cool-ness snobs. We think we are the most important generation in history. But God wants us to connect with what he has done in the past—particularly the history of God’s saving acts that have spanned all of history and center on Jesus the Messiah.

Mary connected with the promise to Abraham and his descendants. Today in writing this post, I hoped to connect you to a godly young woman who lived more than 2,000 years ago, who responded in utter submissiveness to God at the very moment when God was about to break into world history through the coming of Jesus.

So as we enter these days leading up to Christmas, how will we respond to the in-breaking of God through Jesus the Messiah?

Here are some alternating suggestions, some of them better than others:

We could complain about the busy-ness we always experience while preparing for Christmas and worry about how conversations will go when we communicate with difficult family members; or,

We could rejoice in what God has done through Jesus Christ.

We could acknowledge that everything we have is of God’s grace.

We could become discouraged at coercive advertising, special interest economics, and agenda-driven social concerns; or,

We could declare the victory of God over the proud and powerful.

We could focus on ourselves, our immediate desires for gratification, and the material goods we personally want to get or give for Christmas; or,

We could connect with what God is doing, not just in this generation, but also in his salvation history that spans the distant past and looks ahead to a glorious future.

Most centrally, since God has broken into our world, shall we not rejoice in what Christ has done in coming to earth, living a sinless life, dying in our place on a cross, rising from the dead, ascending to heaven and sending his Spirit to guide us until he returns to establish his final kingdom? May we, like Mary, remember to praise God, lean into his grace, declare God’s victory, and remember God’s salvation-historical purposes in Jesus Christ during these final days leading up to Christmas.

*I adapted these biblical reflections from a sermon I originally preached at Church Project, Orange County, on Nov 30, 2014.