When The Group Comes First 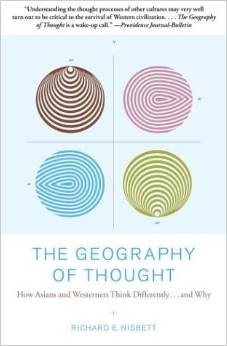 I recently read a fascinating book by Richard Nisbett, who compares and contrasts contemporary Asian and Western worldviews. It just so happens that the strong-group mentality of Nisbett’s Asian culture corresponds in some important ways to the mindset of people in the New Testament world.

We will begin with the familiar. Nisbett lists several characteristics of Western culture that will be immediately familiar to Western readers:[1]

This catalogue of social virtues pretty much describes life as we know it. It differs markedly from Asian social sensibilities, however, and none of the items on the list would have made much sense to Paul or others in the ancient Mediterranean world.

Let us compare each of the characteristics on Nisbett’s list with its ancient equivalent. If we were to time-travel back to the first-century, and spend a good bit of time adjusting to the cultural values and social codes of Paul and his contemporaries, we would find that:

Either-or contrasts like those reflected in the two lists, above, are inevitably a bit artificial. There is no pure strong-group society just as there is no purely individualistic people group. The contrast does serve, however, as a useful heuristic device to highlight a profound difference between culture then and now.

Except for Europe and North America, most cultures around the world today remain markedly strong-group. What follows is Nisbett’s summary of contemporary Asian strong-group values. The summary also serves as a fair description of how an individual Christian would have related to his or her local church during the New Testament era:

The goal for the self in relation to society is not so much to establish superiority or uniqueness, but to achieve harmony within a network of supportive social relationships and to play one’s part in achieving collective ends.[2]

Now we might be tempted to write this off as a cultural accident of sorts. The early church was all about “Us” rather than “Me” because their culture was strong-group. Our emphasis upon the spiritual pilgrimage of the individual properly reflects our very different cultural matrix. Different cultures require different approaches to Christian faith and practice.

It is certainly the case that Christianity will manifest itself in different ways in different cultural settings. But we cannot dismiss as culturally relative the strong-group orientation of the New Testament church. Not if we want to keep passages like Ephesians 4 in our Bibles.

Open your Bible to Ephesians 4:1-16 and you will see that Nisbett’s summary of strong-group values corresponds precisely to what Paul has in view for the local church. In the body of Christ we are (1) to “achieve harmony in a network of supportive social relationships” (the unity of the Spirit in the bond of peace [4:3]) and the role of the individual Christian (you and me!) is (2) “to play one’s part” (joined and held together by every joint with which it is equipped, when each part is working properly) “in achieving collective ends” (the whole body...makes the body grow [4:16]).

The outlook reflected in Ephesians 4 permeated the thinking of early Christian leaders. Cyprian was the pastor of a large church in Carthage, North Africa, during the middle of the third century. The following citation comes from our earliest surviving commentary on the Lord’s Prayer:

Before all things, the Teacher of peace and Master of unity did not wish prayer to be offered individually and privately as one would pray only for himself when he prays. We do not say: “My Father, who art in heaven,” nor “Give me this day my bread,” nor does each one ask that only his debt be forgiven him and that he be led not into temptation and that he be delivered from evil for himself alone. Our prayer is public and common, and when we pray we pray not for one but for the whole people, because we, the whole people, are one (Cyprian of Carthage, 250 A.D.).

It is all in the pronouns. Beginning with what would become the first word in our English translations (“Our Father”), Cyprian draws our attention to the plural pronouns throughout the prayer that Jesus taught to his disciples. For Cyprian, as for Paul, this Christianity thing is all about “Us”—not all about “Me.”