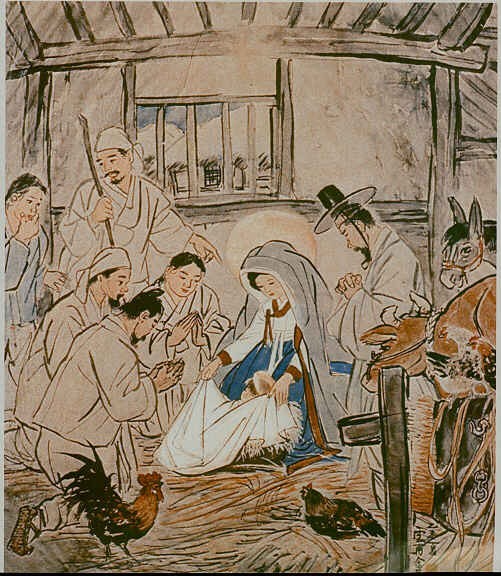 Merry Christmas! Today, November 18, is Jesus' birthday, according to a few ancient sources.

A few years ago, I came across an interesting article about the date of Jesus' birth by Paul Meier, a prominent New Testament scholar. Here is a summary:

We celebrate Jesus' birthday on December 25, but it is quite unlikely that he was born on that day. That date was picked out in the fourth century, possibly as a replacement celebration for the winter solstice or other pagan holidays.

Paul Meier suggests a birthday in November. This is based on two pieces of data. First, Luke's nativity story begins with the account of Zachariah's service in the Temple at the assigned time for his priestly division (Abijah). A few weeks later, his wife conceives; six months later, Mary conceives; nine months after that, Jesus is born. Since Zachariah's priestly division served in late July to early August (according to some educated guesswork based on early rabbinic documents), Jesus would have been born in November.

By itself, that would not be very strong evidence. However, that date is backed up by the very earliest reference to Jesus' birth date. Clement of Alexandria, one of the church fathers, wrote in AD 194 that Jesus was born 194 years, one month, and 13 days before the murder of emperor Commodus - a significant event that occurred on December 31, AD 192. (By the way, Commodus is the same emperor fictionally depicted in the movie Gladiator). Although Clement seemed to get the year wrong, he may well have had the correct day - November 18.

Many people already know that Jesus was, oddly, born BC. The sixth-century monk Dionysius Exiguus, inventor of our BC / AD system, made two errors. First, he was off by about five or six years. This may have been caused by irregularities in how ancient people recorded the year that a new emperor ascended the throne (does that year count for the previous emperor or the replaced emperor? or both?). Second, Dionysius didn't think to include a year zero. Our calendar goes directly from 1 BC to AD 1, which throws off computations.

How do we calculate the correct year? Herod the Great, who figures prominently in Matthew's birth account, died in March of 4 BC (a date pinned down by a lunar eclipse recorded in Josephus' history). Jesus must have been born before then. He may have been born as early as 7 BC, but several details suggest that 5 BC is a bit more likely. If so, Herod died only four months after his attempt on Jesus' life.

So Jesus' birthday, by Paul Meier's cautious estimate, is November 18, 5 BC. Any one planning on moving your celebration of Jesus' birthday to today? If you do so this year, be sure to put 2018 candles on the cake (AD 2014 + 5 BC - 1 for Dionysius' mistake).

In the end, the day or even the year of Jesus' birth is not certain, like the birthdates of most other ancient people. Nor is that date terribly important. But it reminds us that Jesus is a real historical person; his life can be investigated using the normal methods of historical inquiry. He is not merely a convenient, timeless myth or an artificial object of faith.