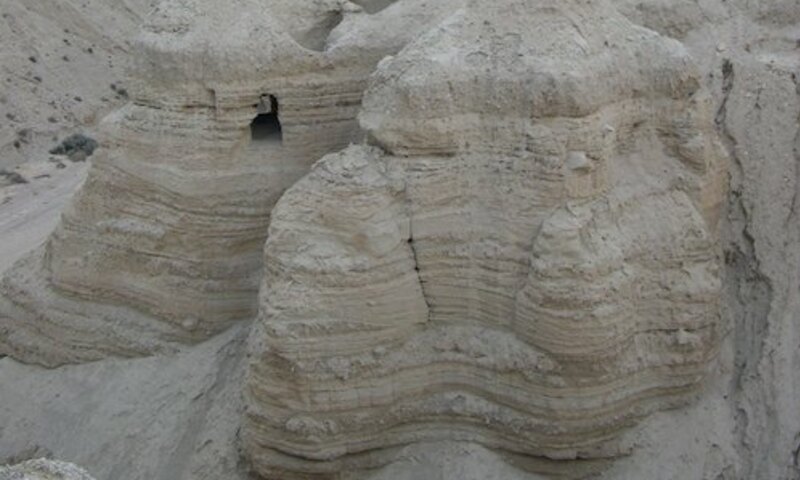 Previous posts have looked closely at how the book of Daniel itself points to Daniel as the author, the identity of Darius the Mede, and the extra-biblical Prayer of Nabonidus and its alleged relationship to Nebuchadnezzar’s madness. In this post I will discuss certain facts that are difficult to deal with if one posits a Maccabean date (late second century b.c.) for the book rather than its sixth century b.c. setting.

1. The Testimony of Jesus and the New Testament

What Jesus Christ taught about the book is of key importance for his followers. In his discourse on the Mount of Olives he referred to the “abomination of desolation which was spoken of by Daniel the prophet” (Matt. 24:15; see Dan. 9:27; 11:31; 12:11), giving Daniel the authority of a prophet. If a second century b.c. writer was using the name Daniel as a pseudonym and framing as prophecy what was only history to him, then it is hard to understand how Jesus could have called Daniel a prophet. If one assumes that Jesus was accommodating himself to the culture of his time, it is still true that his audience believed that a real Daniel made real prophecies. Moreover, Jesus also adopted the title “Son of Man” from Daniel 7:13,[1] showing that he identified himself with that key figure in Daniel’s vision. Jesus’ use of Daniel’s book makes the theory of a legendary Daniel theologically problematic.

2. The Unity of the Book of Daniel

While scholars who posit a Maccabean date for the writing of Daniel previously thought of a unified book (cf. Rowley, 1952), the recent consensus is that the book is a combination of two parts originally composed at different times. Collins (p. 33), for example, holds that though the court stories of Daniel 1–6 would have been relevant for the persecution the Jews suffered under Antiochus Epiphanes, “close consideration of the stories does not support the view that they were composed with that situation in mind.” The positive view of Nebuchadnezzar and “the hazards of the Jewish minority who sought to succeed in the gentile world” don’t fit well with a situation of general religious persecution under Antiochus (ibid.). Moreover, “there is no passage in Daniel 1–6 that is necessarily understood as an allusion to the time of Antiochus Epiphanes or is now generally accepted as such” (ibid.). For chapters seven to eleven, according to Collins, “there is no mistaking the allusions to the Maccabean era” (ibid.).

Daniel 7 makes a unifying link between the court stories and chapters eight to twelve. Chapter seven, Daniel’s own vision, is written in Aramaic rather than the Hebrew of chapters one and eight to twelve. It also presents a scheme of four world kingdoms that parallels Nebuchadnezzar’s dream (Daniel 2). The introduction in Hebrew (Daniel 1) makes an additional linguistic connection with Daniel 8–12, while its story of how Daniel and his friends arrived at the Babylonian court both introduces and parallels Daniel 2–6. And Daniel 12, with its emphasis on wise people, parallels chapter one with its emphasis on the wisdom of Daniel and his friends.

Since the two parts of the Hebrew-Aramaic book are joined together, the argument that the first part has nothing to do with Antiochus Epiphanes can cut both ways. The time period of the first half of the book should determine the time of the entire book. Saying that reference to Antiochus Epiphanes in the second half must date it to his time denies the possibility of predictive prophecy. The sovereignty of God over history is a major theme throughout Daniel (esp. 2:20–22). God “gave” Jehoiakim of Judah into the power of Nebuchadnezzar (1:2). He “gave” Nebuchadnezzar kingdom authority on earth (2:37). The same thought is found in the second part of the book when God limits the time for defiant rulers (8:25; 9:27; 11:45). If God was unable to predict the times of Antiochus, then how could he have the kind of authority over history Daniel continually reinforced?

Since most recent commentators agree that chapters two through six are earlier than the time of Antiochus (though not necessarily as early as the sixth century b.c.), the strong unity of the book should point to the predictive nature of the second half of Daniel as well.

3. The Daniel Scrolls among the Dead Sea Scrolls

The number of scrolls found as well as the reference in one of the sectarian documents to “Daniel the prophet” (4QFlorilegium, late first century b.c.) indicate that the community of Qumran considered the entire Hebrew/Aramaic book authoritative. Another document from the first century b.c. (11 QMelchizedek 2:15–19) interprets Isaiah 52:7 on the basis of Daniel’s prophecy at 9:25.

Considering the scenario painted by those who date Daniel to about 165 b.c., it is remarkable that the book was copied and given prophetic authority within about 50 to 65 years of its alleged composition. Surely many would have known about the true author of the book if it was composed as late as 165 b.c. Martin Hengel, who accepts the late date for the book, makes this telling comment: “The fact that the book of Daniel … was received so quickly and without hesitation seems to be almost a miracle given its late origins …” (p. 95).

4. The Greek Translations of Daniel

Two ancient Greek translations of Daniel are known. One, the Old Greek, was done about 100 b.c. (Collins, pp. 8–9). The other, Theodotion, is a translation which replaced the Old Greek in the main manuscripts of the Septuagint. Since the apocryphal additions to Daniel, found in both Greek versions, are secondary to the Hebrew/Aramaic text, it is clear that the Hebrew/Aramaic text had to be in existence some time prior to 100 b.c. There are also large variations in Daniel 4–6 in the Old Greek. Those variations should be considered secondary and even evidence of a tendency to rewrite Scriptural books in the Hellenistic period (Daniel, pp. 748–749). Such “rewriting” of the biblical text obviously took time for the translator(s) to reflect on the text and adapt it to their purpose.

5. “Daniel” in the Book of Ezekiel

Three passages in Ezekiel mention a figure named Daniel (14:14, 20; 28:3). Is it possible that Ezekiel knew of the prophet Daniel when both of them were in Babylonia at the same time? If so, it becomes strong evidence for an historical Daniel of the sixth century b.c.

In Ezekiel 14:14, 20 “Daniel” occurs between Noah and Job, both ancient figures and non-Israelite. So some have looked for a figure more ancient than the prophet Daniel who was non-Israelite (Eichrodt, pp. 188–189). Critical scholars suggest that Daniel in Ezekiel refers to a legendary figure named Dan’el known from the Ugaritic story of Aqhat (ca. 1200 b.c.). The theory is that the name Daniel for the figure at Nebuchadnezzar’s court was derived from this early legendary figure (Collins, p. 1).

The “Dan’el” of the story of Aqhat clearly worshiped idols, and there is no obvious indication that he was known for wisdom. He was a king who “judged the cases of widows, [and] presided over orphans’ hearings” but that was the expectation of rulers in the ancient world and did not necessarily indicate either wisdom or righteousness (Dressler, 1979, 154). The Daniel who was among the wise men in Babylon, though, was clearly righteous (Dan. 1:8) and wise (Dan. 1:20). Moreover, his wisdom was imparted by the God of Israel (Dan. 2:21), and he was not devoted to any pagan deity.

Ezekiel 28:3 shows that Daniel was well known in Phoenicia as a wise man. Using sarcasm the Lord said to “the ruler of Tyre”: “Behold, you are wiser than Daniel; no secret amazes you.” Ezekiel’s oracle can be dated to about 587 b.c. (Block, vol. 2, p. 31). Since Daniel went into captivity in 605 b.c., that means he would have been in Babylon for about eighteen years. During this time he had at a minimum interpreted Nebuchadnezzar’s first dream. And Daniel’s close relationship with Nebuchadnezzar as seen in Daniel 4 shows many more years must have passed. If Daniel’s interpretation of Nebuchadnezzar’s second dream was a few years prior to the fall of Jerusalem, then the letter that the king sent “to all the peoples, nations, and languages that live in all the earth” and that mentioned Daniel’s wise interpretation and counsel would likely have gone to Tyre as well. The ruler of Tyre and Nebuchadnezzar were enemies at that time (cf. Ezek. 26:7–12), and the mention of Daniel’s wisdom by Ezekiel would have given the king of Tyre pause. The contest would be between Daniel, whose wisdom stemmed from God, and the ruler of Tyre, whose wisdom stemmed from his own pride. The “Daniel” from the book of Daniel fits better with Ezekiel’s Daniel than the Dan’el of the story of Aqhat. The wisdom of the three figures in Ezekiel 14 was more important than their ancient status or their Israelite or non-Israelite background.

Conclusion Regarding the Date and Authorship of Daniel

While certain scholars have raised historical and linguistic objections to a date for the book of Daniel in the late sixth century b.c., reasonable responses can be given in favor of that date. That is, after all, the way the book portrays itself. More decisive, though, is the near impossibility for a date as late as about 165 b.c. The evidence of language, of the unity of the book, of the early date of the Greek translations, of the mention of Daniel in the book of Ezekiel, and of the Qumran scrolls, the earliest of which dates to within about fifty years of 165 b.c.—all these factors make a late date for the writing of the book nearly impossible. Most decisive of all, however, is the authority of Jesus Christ and the New Testament authors. For them Daniel was a real person and also a true prophet of God.