Who Wrote the Book of Daniel? (Part 1) 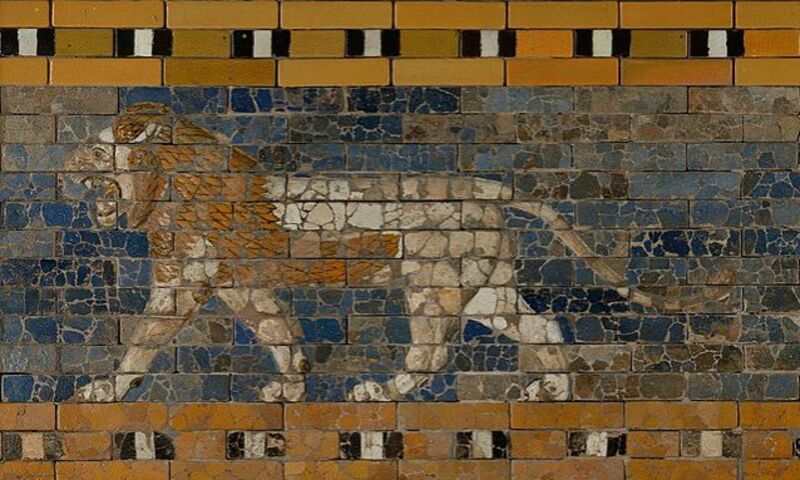 Part 1: According to the Book Itself

The book of Daniel is a key document for the Christian faith. It has significant prophecies about the future. Jesus Christ and the writers of the New Testament referred to it often. Jesus warned his disciples to be prepared to flee to the mountains when they would see “the abomination that causes desolation” in “the holy place” that “the prophet Daniel” had mentioned (Matthew 24:15–16 // Mark 13:14–15; see Daniel 8:13; 9:27; 11:31; 12:11). Jesus also identified himself with the “son of man” figure mentioned in a vision that Daniel saw (Daniel 7:13; and see Matthew 24:30; 26:64; Mark 13:26; 14:62; Luke 21:27; 22:69). The angel Gabriel, who announced the births of John the Baptist (Luke 1:19) and Jesus (Luke 1:26), appears only in the book of Daniel in the Old Testament (Dan. 8:16; 9:21). The letters by the apostle Paul sometimes refer to Daniel’s book (1 Thessalonians 4:17; 2 Thessalonians 2:3–4 [compare Daniel 11:36–37]). Until one is acquainted with Daniel 7–12, it is difficult at best to understand John’s imagery in the book of Revelation. For example, the “beast coming up out of the sea, having ten horns and seven heads” (Revelation 13:1) draws heavily on the imagery of Daniel 7:3, 7–8. One more example—Daniel has the clearest reference to resurrection in the Old Testament, an event which will result in either “everlasting life” or “everlasting contempt” for those “who sleep in the dust of the earth” (Daniel 12:2; compare Revelation 20:11–15).

Since Daniel’s book is so foundational for Jesus Christ and the New Testament writers, it is important for believers to comprehend what it is all about. Whoever comes to study the book of Daniel soon discovers that there are many introductory questions that cry out for examination before the contents of the book can be appreciated properly. One key issue concerns authorship — did Daniel write the book of Daniel?

The book of Daniel begins with a story, a true story, but a story nonetheless. We meet Daniel when he is a captive of Nebuchadnezzar, the king of Babylon. The king puts him among an elite group of young men who are to be groomed for service at the royal court. Daniel and three of his friends excel in their studies of Babylonian language and culture because of the wisdom that God gave to them. They appear before Nebuchadnezzar for their final exam and pass it with flying colors.

No other prophetic book begins in precisely this way. Isaiah’s book says it is a “vision” that Isaiah saw during the reigns of certain kings of Judah (Isaiah 1:1). Jeremiah’s book declares itself “the words of Jeremiah” that the Lord revealed to him (Jeremiah 1:1–2). Ezekiel saw a grand vision of God that served as a backdrop for all his prophecies (Ezekiel 1:1–28). And right from the start each of the twelve “Minor Prophets” identifies the prophet’s message as inspired by the Lord. Even Jonah, the reluctant prophet, received his commission as a prophet in the first verse of the book.

It is different with Daniel. Until the seventh chapter, there is nothing that indicates that Daniel was a prophet or that the Lord inspired him to preach. It is clear that God was at work in these stories, but until chapter seven, verse one, there is nothing like a standard prophetic introduction. There, however, we read, “In the first year of Belshazzar, the king of Babylon, Daniel had a dream with visions in his head (as he lay) on his bed.”

Up to this point, Daniel was led by God’s Spirit, but it was not to report a vision he saw but rather to give an interpretation of what others saw. After Nebuchadnezzar had a troubling dream and threatened to put to death all the wise men of Babylon, Daniel and Shadrach, Meshach and Abednego prayed during the night for an answer to the king’s mystery (Daniel 2). Later, Daniel interpreted another dream that Nebuchadnezzar had about a great tree that was cut down (Daniel 4). Then Daniel interpreted for Belshazzar the mysterious writing that appeared on the palace wall (Daniel 5). Finally, Daniel continued his daily practice of prayer despite the decree of Darius the Mede that forbade it, and he had to spend the night among the lions (Daniel 6).

Daniel was not acting as a prophet in these accounts. He was acting like one of the Babylonian wise men. His methods, though, were not the common methods of divination practiced by the Babylonians. The Babylonian wise men thought they received “signs” from the gods, supposedly imprinted in the entrails of animals or displayed in the flight of birds or in the stars. Daniel didn’t use any methods like those. His interpretations came to him through prayer to “the God of heaven,” after which the “mystery” of the king’s dream was revealed to him in a “vision of the night” (2:18–19), or after Nebuchadnezzar recited to him a dream of a giant tree that was chopped down, or after he made sense of the mysterious writing on the wall that none of the Babylonian wise men were able to decipher.

It is in the visions of chapters seven through twelve that Daniel asserts his own authorship: “I saw in my vision of the night . . .” (7:2); “as for me, Daniel, my thoughts greatly troubled me” (7:28); “in the third year of the reign of Belshazzar a vision appeared to me, to me, Daniel” (8:1). While Daniel was still praying about a prophecy from Jeremiah, the angel Gabriel came to him with a revelation about seventy weeks (9:20–24). Later, “in the third year of Cyrus king of Persia, a message was revealed to Daniel” (10:1). And finally, “I saw, Daniel, and look, there were two other (angels) standing (there)” (12:5). Clearly, this latter part of the book has a different feel than the first.

There are unifying features, though, to these two parts of the book. In both parts, the main actor is God working through Daniel (and Shadrach, Meshach and Abednego in chapter 3). That is essentially a prophetic role, and Daniel’s intimate knowledge of the events of chapters one through six have specific details that only an eyewitness could have known.

Why Daniel chose not to insert himself personally into chapters one through six as he did in chapters seven through twelve relates to his different role in each part. In his personal visions, he wanted to convey what God showed him through angelic interpreters. In the first half of the book, he related how he solved the mysteries that Nebuchadnezzar and Belshazzar put before him. Also, God delivered him from the schemes of the Persian wise men who were jealous of his favor with Darius the Mede. So it was natural for Daniel to speak of himself obliquely rather than to brag about his abilities to interpret dreams and enigmas or about his piety. Instead, he made it crystal clear that whatever ability he had for solving the problems came directly from God (2:20–23, 27–28; 4:24; 5:24; cf. 6:22).

Daniel is the best candidate for the authorship of his book, at least according to the book itself. He lived until at least the third year of Cyrus in 536 b.c. Yet the majority view among historical critics is that the book was actually written in its final form between 167 and 164 b.c. In future blogs, I will explore in more depth the identity of Darius the Mede, the “Prayer of Nabonidus” (a document that is part of the Dead Sea Scrolls), and five positive pieces of evidence for claiming that Daniel wrote the book of Daniel.