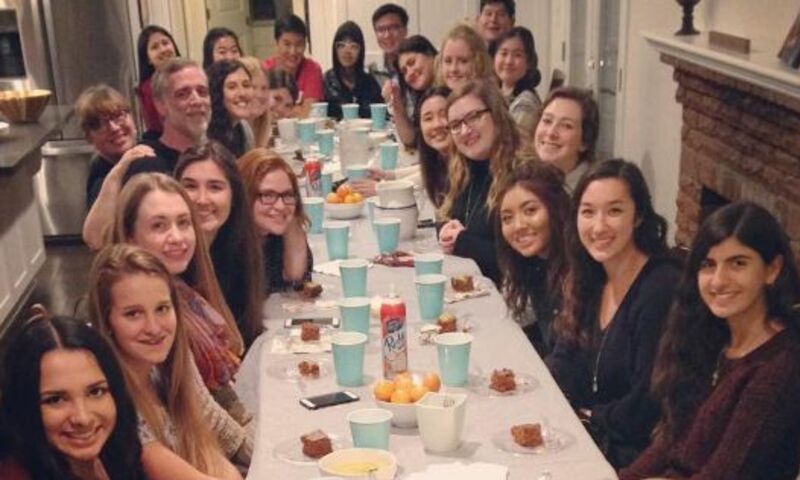 My wife is remarkably hospitable — far more than I. For ten straight years at her instigation, we invited all of my enrolled college students over every week during the academic year for dinner and spiritual conversation. (Fortunately, it never happened that they all showed up on the same evening. Whew!) We have scaled back a bit now, but still have lots of people, including my college students, over for dinners and other gatherings. Some of Trudi’s hospitality stems from her love for people and her natural desire to be around others. I also think she absorbed the importance of hospitality during her years living in the Middle East where hospitality is a core societal value.

Hospitality is so highly esteemed in the Middle East that Trudi and I struggled for a while even to figure out how to share the gospel there. If you want to reach a neighbor in the United States, one of the best ways to get started is to invite your neighbor over to your house or apartment for tacos or barbecued steak. Such invitations are so unusual in American culture, especially in our cities, that neighbors are likely to think you’re an unusually giving person, which sometimes opens the door to share Christ with them. But the hospitality of the average Middle Easterner exceeds the level of hospitality displayed by most American Christians, including ourselves.

The circles in which the Apostle Paul ministered, both Jewish and Gentile, highly valued hospitality much like contemporary Middle Easterners do. But first-century Christians also added Christian love to their societally-conditioned impulse to be hospitable, often resulting in lavish and deeply sacrificial hospitality. It’s no wonder that one of the requirements to serve as an overseer (elder, pastor) was that he be hospitable (1 Tim 3:2; Titus 1:8).

Sometimes hospitality in the Bible focuses on care for outsiders, especially those in need (Heb 13:2; James 1:27; Matt 25:35-45). But there is one type of hospitality that intersects closely with the doctrine of union with Christ (what I call “inChristness” in my devotional book on that topic). That category of hospitality is Christian-to-Christian hospitality. It is a hospitality rooted in our shared connection to Christ. Thus, it is “in the Lord” that we receive a brother like Epaphroditus (Phil 2:29). Or when Phoebe comes to town, we welcome her “in the Lord.” The great thing about Phoebe and others like her is that she herself is eager to show hospitality, so you may eventually become the recipient, not just the giver, of hospitality (Rom 16:1-2).

Hospitality was so deeply valued by early Christians that if they could observe how many inhospitable people claim to be Christians in our generation, they would probably ask, “Are you even Christians?” The idea that a Christian would never open his home, never share her food, and never bring people into the warmth and grace of in-Christ home life would be unthinkable to a first-century Christian.

Hospitality takes a lot of time, energy and money … I know. Not only is my wife hospitable, now also are my daughters who picked up the value of hospitality from watching their mom. Literally thousands of people have passed through our home for student dinners, Bible studies, holiday celebrations or just to “hang out.” I am eternally grateful that God sent me a hospitable wife to help me learn hospitality. Otherwise, I might have spent my life reading footnotes in old books in the basement of a university library.

In Romans 12:13, Paul reminds the church in Rome: “Contribute to the needs of the saints and seek to show hospitality.” Paul’s reminder — to them and to us — is grounded in the truth that we are in Christ.

This post was adapted from chapter 72 of my book: How to Live an ‘In Christ’ Life: 100 Devotional Readings on Union with Christ.