Why Do Non-Christians Pray During Times of Crisis? 20 Years After 9/11 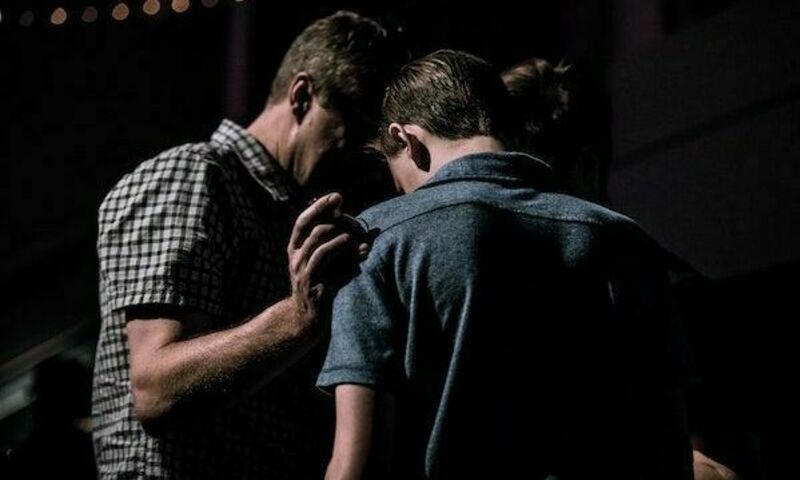 Twenty years ago, my wife and I were living with our two daughters in a suburb on the northern edge of New York City. The shock waves from the two planes that slammed into the World Trade Towers reverberated across the nation—and indeed, around the world—but it was categorically different living in New York on that day. One of our neighbors was a firefighter who died in the collapse of one tower. People we knew personally were trying desperately to reach loved ones who worked in the City. In some cases, they didn’t get reunited with their loved ones for as long as two days. In other cases, those reunions never took place.

But what I remember most vividly from that terrible day was how calamity drove people to pray. People who never prayed when life was normal decided for some reason that they needed to pray on that particular day.

Why do people pray when facing tragedy, calamity, or catastrophe?

A Spirit-sensitive friend called me on the afternoon of September 11th and suggested that we hang a sign outside our church: Open for Prayer. As a result, more than 100 people who never would have thought of going near a church—in a suburb where almost nobody went to church—entered our church to pray.

But why do people pray when facing tragedy, calamity, or catastrophe?

We opened the microphone for people to share. “My husband…I haven’t heard from him since he left for work this morning.” “My daughter…I don’t know where she is.” “My fiancée….” “Please pray.”

We interspersed times of prayer with songs affirming God’s sovereignty and care. “Oh God Our Help in Ages Past…” “Savior, Like a Shepherd Lead Us.”

People who never sang songs such as these sang along with us that day. Why sing along on that particular day?

My friend and I walked the auditorium, laid our hands on the shoulders of people who were weeping, and implored God for mercy. We sang more songs, and kept praying. Many hours later, the last of those who came for prayer departed.

Why do people pray when facing tragedy, calamity, or catastrophe? In particular, why do so many people who otherwise ignore God move toward him when disaster strikes?

v. 19: “what can be known about God is plain to them, because God has shown it to them”

v. 20 “his eternal power and divine nature have been clearly perceived…in the things that have been made”

v. 21 “although they knew God, they did not honor him as God”

v. 21 “their foolish hearts were darkened”

v. 25 “because they exchanged the truth about God for a lie”

v. 28 “since they did not see fit to acknowledge God”

People pray during times of calamity because deep down they know that God is around to hear their prayer. Granted, some people have suppressed that God-implanted knowledge so thoroughly that even when calamity strikes, they still don’t cry out to God. But the fact that so many people do call upon God during times of crisis highlights the truth that in some way they still know that God is there—and that they think he might even be willing to listen to them when they pray. They normally just don’t acknowledge it.

The night following that first amazing prayer time, my ministry partner and I hung the same sign outside the church: Open for Prayer. At least 80 more people entered, mostly folk who had not come the previous night—once again, primarily people who were unconnected to any church. Together we wept, and prayed, and sang—and then wept, and prayed, and sang some more—until there were no more tears, no more prayers to be prayed, and our list of songs was exhausted.

The people praying that night and the night before normally ignored God, but on those two nights called out to him anyway.

Now, it is a fact that most of the people who prayed in our church on those two nights never came back. Once the immediate crisis abated, they likely returned to previous patterns, despite having called out to God for help during their exigency. I do know, however, that in the decade following the attacks of 9/11, there was an upsurge in churches planted in New York City. Perhaps some of the people in that great city who called out to God during their time of need pursued that general knowledge until they came into a personal relationship with Jesus Christ, which is the only way to personally know God. I hope some of them did… Sometimes disaster reminds people of truths that they know deep down—such as the fact that God exists—but such awareness is easily laid aside after an emergency has passed.

Why do people pray during times of crisis—people who never pray at any other time? Because they know God exists, even if they normally suppress that knowledge.

Whenever I think of 9/11, which I often do, one of the things I recurrently ponder is how the calamity of that day drove people to pray who otherwise never would have prayed. Their prayers illustrate the Bible’s teaching that people know about God’s existence, even if they don’t know that they know it. Sometimes crises bring that knowledge to the surface.

1 Bob Smietana, “Urban Planters: Building Off Believers? Who fills the churches of the Big Apple?” http://www.christianitytoday.com/ct/2011/may/urbanplanters.html