A Whole Family Changed by the Jesus Movement 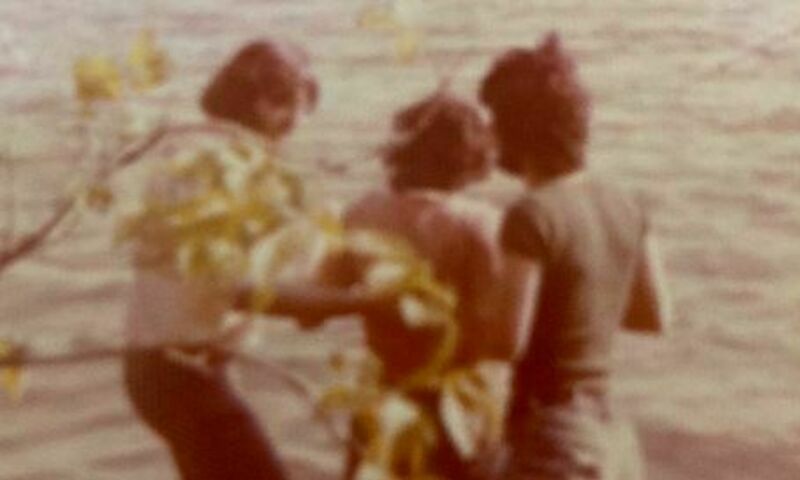 This post includes the testimony of Debbie Horner, wife of faculty member Dave Horner, whose family was transformed during the Jesus Movement. The Good Book Blog invited Debbie to share her story in advance of Biola University’s Ablaze Conference 2021, which will be held on campus October 7-9.

Boys in my neighborhood were returning home in body bags if they came home at all. The war in Vietnam was in full swing and our nation was enraged in protest. As a teenage girl, I worried about the future of my brothers who had not yet been called to serve.

John, the older of my two older brothers, was in college and working as a DJ in a radio station. On Sundays, there was a steady stream of preachers in and out of the station bringing the Christian message to Michigan listeners.

One of John’s coworkers, a devout Christian, in his 20’s, passed away suddenly. This had so shaken him that he found himself engaging in conversations with the crazy radio ministers he once avoided. These conversations led to John giving his life to Jesus. The time of day, as he likes to recall, was “on Sunday, January 5, 1969 at 2:23 in the afternoon, between program changes.”

John soon discovered a whole new world of Christian communities springing up all over the Detroit area. Teenagers and twenty-somethings gathered in homes to hang out, sing and discuss the scriptures. They were called Jesus People or Jesus Freaks. Such gatherings were particularly attracting young people who were opting out of the drugs and free sex offered at Woodstock in summer of that same year.

In the meantime, my other brother, Rick, was losing close friends in Vietnam. Our city had practically burned down from race riots and it seemed like the world was spinning out of control. One evening John invited Rick to visit his new house group and it was there that Rick, then 19 years old, gave his life to the Lord. When my brothers came home, they awakened me at midnight to tell me the news!

With both of my brothers now believers, my dad became curious. This religious thing was not just for women and children. He was a wonderful man, but his drinking had become a major problem in my parents’ marriage. A year or so later, he, too, gave his life to the Lord and never touched liquor again.

None of the men in our family had attended church in the past but now we were a church going, Bible believing, “Jesus Freak” family. God had done the miraculous and was answering my mother’s many years of faithful prayers.

I had given my life to Jesus in elementary school and then, as a teen, gravitated to the house and church Bible studies in my area. My relationship with Jesus kept deepening during difficult teen years and was certainly bolstered by observing the transformation of my older brothers.

We had all-night prayer vigils, we did street witnessing, we went to Christian concerts and congregated in coffee houses where the Good News was shared. It was all radical and exciting. The revival that seemed to have begun in California was spreading across the plains like wildfire. We passed out Hollywood Free Papers that shared stories of hope filled, transformed lives. I remember pinning up posters on the walls of my school from The House of Prayer in Detroit displaying “before and after” photos of redeemed drug addicts. Lives all over the country were being changed and the Gospel was going viral!

God was not finished answering my mother’s prayers. My father’s parents who were moral but non-religious folks had heard of Dad’s conversion. Prompted by their disbelief in their son’s alleged transformation, they flew to Detroit from Alberta, Canada at Christmas to see this miracle which had come to pass. That visit ignited sparks that soon became a flame.

When my grandfather was diagnosed with Leukemia, my father flew to Canada to see him. My grandfather said to him, “Jack, I know what you are here to do, so let’s do it”. My dad, still a new believer himself, led his dad to Christ right there in the hospital. My grandfather’s health improved over the next couple of years and his faith blossomed. His devotion to Jesus Christ was evident to all those who knew him. My grandmother, on the other hand, was slow to follow.

Sometime later, at Grandpa’s funeral, John and my dad were able to share with our relatives that Jesus saves lives and that the offer was available to them, just like it had been for Grandpa. This was the best news my cousin Bette and her husband had ever heard. God touched their lives and brought a radical transformation to their family and home.

Sometime later, Bette took her mother (my dad’s sister) and our grandmother to a Billy Graham Crusade where they both gave their lives to the Lord.

How do I account for the radical transformation, within three year’s time, of at least eight, adult, religion-hating family members? How can I explain this era in our nation’s history when Jesus People roamed the earth? What’s my take on this?

There are a number of books written on the subject of revival and I have read several.

Ultimately, my conclusion, in the words of the King James Bible, is that “the wind bloweth where it listeth”— in Jesus People-speak: Jesus goes wherever and whenever He wants to go. Can you dig it?

And, as for my family and me, one thing we do know: Once we were blind, but now we see.

And for that, we are eternally grateful.