A Drone at Megiddo: The Geography of Israel on Biola Learn 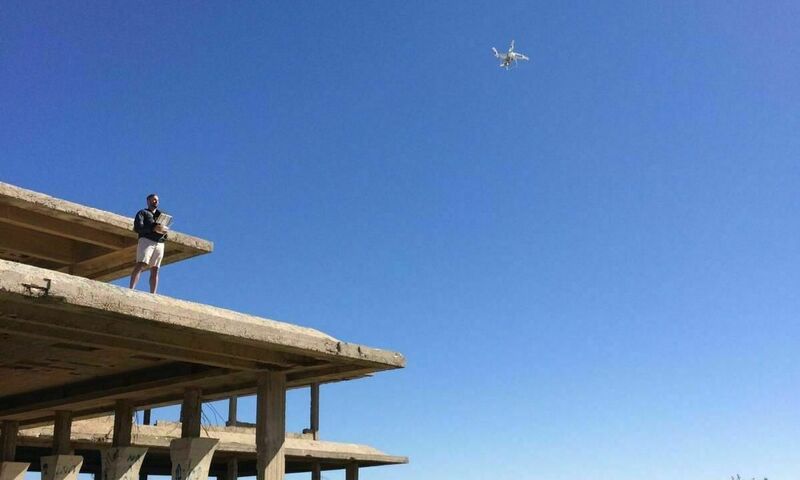 The following is the first post in a series on the new Biola Learn course called The Geography of Israel. Join The Good Book Blog and Associate Professor and Chair of Old Testament Charlie Trimm over the coming weeks to catch a glimpse into Israel and biblical settings.

Several years ago my Old Testament colleague Ken Way and I had a crazy dream to film lectures in Israel. I was going to be in Israel for a sabbatical and Ken was planning on taking a group of Talbot students to Israel for a study tour, so we thought that maybe we could find a time when we were both there to film. We pitched the idea to various administrators at Biola, who rather amazingly said that they were quite excited about the idea. We started planning in earnest and quickly realized that the logistics were going to be very complicated, so we ended up working with a company in Israel who took care of many of the logistical details for us. The plans all came together and we filmed in Israel for seven days in March 2019. These lectures have now been incorporated into several of our classes and enrich the experiences of many of our undergraduate and graduate students here at Biola and Talbot.

One of the highlights of filming was the opportunity to record footage from a drone. We were able to bring along a drone operator, Casey Overcamp, who filmed many of the sites from the air (you can see on this page a picture of him flying the drone at Gibeah, just north of Jerusalem). While nothing quite compares to walking around the sites in person, the drone footage allows us to see the sites from a view that is unavailable even for the person on site. In the video clip below, I narrate some drone footage from Megiddo, an important town in the Jezreel Valley on the International Highway.

This clip is from an undergraduate class that I teach called The Geography of Israel. However, I have now condensed the material from this class and put it together as a class for Biola Learn so that anyone can now learn about biblical geography, even if they are not a Biola student. See the link for more details!