The Reformation and Indulgences, Both Past and Present 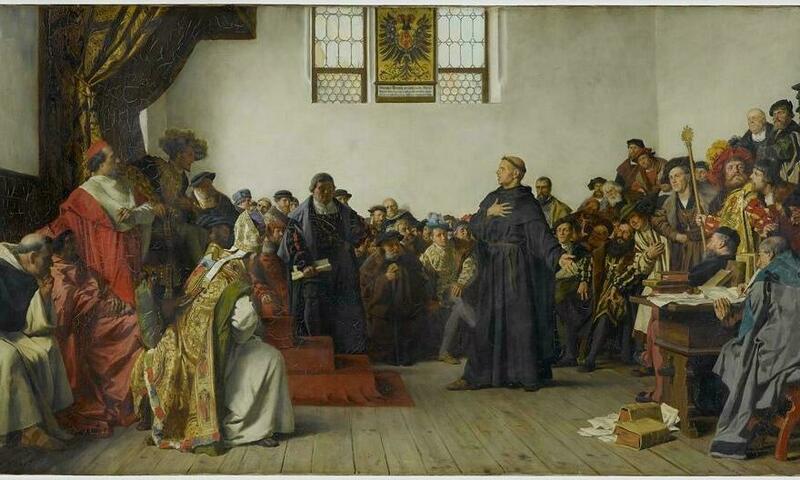 Three years ago, the world celebrated the 500 years of the beginning of what is known as the Protestant Reformation. On October 31, 1517, the Augustinian monk Martin Luther nailed 95 theses to the door of the Church in Wittenberg in Germany in which he openly criticized the sales of indulgences of the Roman Catholic Church. Luther chose that day deliberately as it was the eve of All Saints' Day and both the university faculty and many worshipers attended church. Luther initially did not intend to break with the Roman Church but to emphasize the supremacy of the gospel of Christ based on its simplicity and at the same time its great depth.

The gospel or the good news of salvation in Christ is the essential foundation of the Christian faith and, unfortunately, it had become perverted, becoming a practice totally alien to its essence. Thus, indulgences were an absolute distortion of the gospel and therefore worthy of being severely repudiated. As a result of this action, Luther initiated the movement that changed the course of history known as the Protestant Reformation and October 31, 2017 marked its fifth centenary.

As I mentioned earlier, the Pope and the Roman Catholic Church had made indulgences a common practice. The basis of this tradition was based on the belief that divine favor could be obtained through human merits, especially financial ones. In other words, by giving money to the church, God forgave sins and caused the donor to spend less time in purgatory after death. In this way, the religious offering was the payment necessary to have a good relationship with God. As expected, this practice became very popular due to the innate desire of human beings to please God.

Unfortunately, today and 503 years after the start of the Reformation, many Protestant churches continue the same practice that the Reformers so vehemently opposed. Many “Christian” leaders continue to promote the idea that divine favor is obtained through financial offerings. These churches or movements make religion, in this case a Christianity without serious biblical foundations and with a distorted Christ, a source of profit by abusing many people who want to receive God’s favor.

It is clear that the sale of indulgences to get out of purgatory is no longer a common practice. Now these churches and their leaders proclaim that God offers prosperity to those who demonstrate their faith through their offerings. They teach that God pours out blessings only on those who "believe" him through his economic "covenants" or "sowings." In this way, people have in their hands the possibility of "stopping suffering" by giving their money to these leaders and churches who serve as administrators of a God who supposedly bestows blessings on those who with their money put their faith in a tangible way.

Both the sale of indulgences 503 years ago and the sale of blessings that in different ways promote the prosperity gospel are practices that totally distort Christ. Before, the church abused people's fear of purgatory; now, these "churches" take advantage of a world in which wealth is the goal that indicates that success in life has been achieved. Both practices are disguised as religiosity and incorrectly use God and Christ as an excuse for the illicit enrichment of religious leaders.

The Reformation was not an event that happened in a historical moment without any relevance today. In fact, post-Reformation Christians have used the phrase Ecclesia Semper Reformanda (the church is always reforming itself) to indicate that Christianity must continue in its quest to fully reflect the values of Christ. The church of Christ always needs to emphasize that the grace of God is freely poured out, without human merits or conditions, much less through indulgences or financial offerings. The celebration of the fifth centenary of the Protestant Reformation is an excellent opportunity to “protest” against any practice that distorts the true gospel of God's grace.