The Long Process of Writing an Academic Journal Article 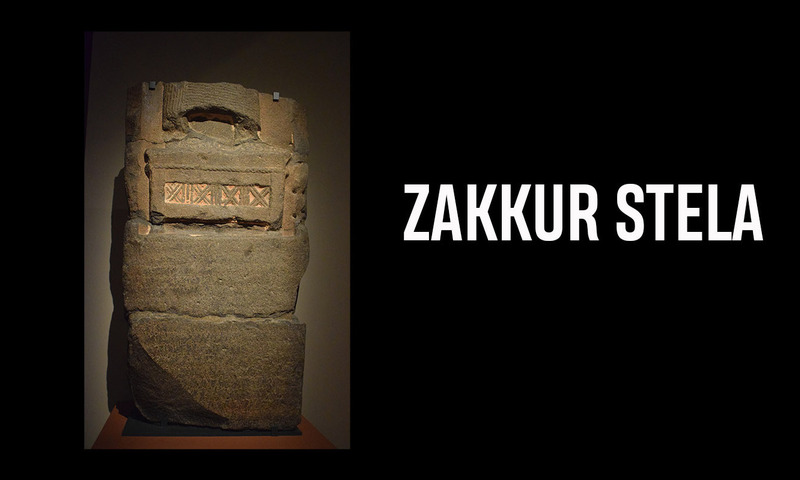 In biblical studies, one key way to advance scholarship is to publish a journal article in a respected journal. Journals publish cutting edge research on a topic, which other scholars can then engage with and cite in books and other works. However, the process behind publishing journal articles is almost always hidden: what is seen is merely the final product and not all of the sweat, hard work and stress behind that final product. So I thought I would describe that process for one of my recently published articles to give a glimpse behind the curtain for those not in academia or for those who are thinking about trying to publish an article for the first time.

I started a Ph.D. program at Wheaton College in 2007 under Dan Block. I was initially interested in intertextuality: how one text refers to another text. We had decided that it would be interesting to compare texts in Numbers and Deuteronomy, and to limit the scope we decided I would focus on warfare texts. Well, as these projects often go, I got distracted by the secondary topic (warfare) and I started writing on a new topic instead: the ethics of warfare in the Torah (Genesis-Deuteronomy). I gathered mounds of data, but eventually my mentor warned me that I had too much data and not enough of a point, so in 2009 I ended up focusing on the exodus narrative. I stayed with this topic until the end of my PhD program, and the dissertation was later published by Gorgias (bibliographic detail below).

However, even though I had shifted to the exodus narrative I thought that I had found some interesting observations elsewhere in the Torah that I wanted to explore. The main topic I wanted to pursue related to Moses raising his hands in the battle against the Amalekites. In my research I had discovered two parallels of raising two hands in a martial context from the ancient Near East that no one else had cited in connection with this story. First, the Zakkur stela records the prayer of the Aramean king Zakkur to his god during battle in terms of raising his hands (see above the picture I took of the Zakkur stela in the Louvre). Second, several Egyptian reliefs depict defenders of a siege raising their hands. I wanted to use this evidence to argue for a prayer interpretation to Moses’ action.

Since it was only a small point, I thought I would try to publish it as a “short note” in Vetus Testamentum, an influential Old Testament journal. Peer-reviewed journals have a double-blind process: each potential article is reviewed by two scholars, but the reviewers do not know the identity of the author and the author does not know the identity of the reviewers. My article proposal was rejected by VT (after only a one month wait), with the reviewer summarizing their response this way: “I very much appreciate the good work that went into this article, but I cannot recommend its publication. The thesis is flawed by failing to take into account a fundamental problem.” That fundamental problem was one that I had been hoping to avoid: the number of hands Moses was raising. Part of the narrative seems to indicate that he was raising two hands, while another part leans toward raising one hand.

With this feedback, I went back to the drawing board and considerably expanded the paper to include the debate about the number of hands being raised. As I did this, I realized that my argument needed to shift: instead of being just prayer, I was now arguing that it was both prayer and the use of a divine weapon (the staff of God). My argument was that the text looked back to the exodus (where Moses used the staff of God) and forward to future military battles (that involved prayer). My next step was what I should have done first: present my research at a conference. I read my updated paper at the annual meeting of the Evangelical Theological Society in 2011 and received helpful feedback there.

However, the project stalled after that for some time, because I was finishing my dissertation and moving to Southern California to start my new role teaching at Biola in 2012. I finally returned to the idea in October 2014 when I submitted it for publication in Catholic Biblical Quarterly. In May 2015 (seven months later!) I received a mostly negative response highlighting several problems with the piece (such as why the Israelites lose when Moses lowers his hands), but the editor of CBQ indicated that I could extensively rework my essay and resubmit. I planned on doing that, but I was distracted by other projects (I was finishing my book on warfare in the ancient Near East at the time), so I was only able to rework the essay in the summer of 2016, far too late for consideration by CBQ.

I once again left the project to the side and returned to it in January 2018, submitting it to a third journal: Journal for the Study of the Old Testament. Three weeks later I received a largely negative reply again: they had some major points for me to address, but if I wanted to tweak the paper they would be happy to publish it. One interesting idea inspired by these comments was the possible use of Janus parallelism, which usually is seen in poetry when a single word could mean two different things, but one meaning looks back to the previous line and the other meaning looks forward to the next line. Based on this, I developed an idea that the entire Amalek story could function as Janus parallelism: looking back and looking forward at the same time. I worked much more quickly this time and got it back to JSOT in March 2018. A month later I received a mostly positive response: the reviewer had some minor issues for me to address. After this set of revisions, I finally received the words I wanted to see: “It is a pleasure to accept your manuscript entitled ‘God’s Staff and Moses’ Hand(s): The Battle against the Amalekites as a Turning Point in the Role of the Divine Warrior (Revision)’ in its current form for publication in the Journal for the Study of the Old Testament.”

But since journal articles take some time to get published, I continued waiting again until January 2019, when I received initial page proofs. In August 2019 I received the final proofs and in September of 2019 it finally appeared in print! Since the original idea for the article occurred to me in 2008, it took around eleven years for it to see the light of day. While this experience is probably much more complicated than most journal articles (for example, during this same eleven year span I researched, wrote, and published four other journal articles), it does illustrate the various parts of the process and the long periods of waiting. Here are two takeaway points I have learned from the process.

First, rejection is common in academia. As painful as it is, for scholars to publish they will have to experience rejection. A scholar in a different field published a “CV of Failure,” listing all of the journals, degree programs, grants and jobs they had been rejected from. You can pretty much assume that any scholar who has published extensively has also been rejected extensively.

Second, the rejection is often very helpful. Some reviewers are just mean and unhelpful, but most offer very helpful advice. The shape of my final article was heavily shaped by the critiques I received at the various stages along the way, and would have been far weaker without those comments. As painful as these rejections can be, they are quite useful for the process of scholarship. Overall, even though the process of publishing this article was a sometimes painful process, I am happy with both the final product and the journal that published it. I hope that you have enjoyed this glimpse into academic publishing!

Trimm, Charlie. “YHWH Fights for Them!”: The Divine Warrior in the Exodus Narrative. Piscataway, NJ: Gorgias, 2014.

Trimm, Charlie. “God’s Staff and Moses’ Hand(s): The Battle against the Amalekites as a Turning Point in the Role of the Divine Warrior.” Journal for the Study of the Old Testament 44 (2019): 198–214.

#howtostophate: “Using the Caption: ‘Made in the Image of God’”