Baptism, Communion, and Confirmation in the Reformation Movement

Impact on Ministry with Children in Churches Today, Part I

Baptism, Communion, and Confirmation in the Reformation Movement:

Impact on Ministry with Children in Churches Today[i], Part I

As most of you will be well aware, this past year marked the 500th anniversary of Martin Luther’s posting his 95 theses, marking a significant moment in the gathering movement for the reform of the Catholic Church. As events unfolded, these reform efforts were not well received, and the break with Rome known as “The Reformation” came about. This was actually a collection of reform movements across Europe, including Lutheran, Reformed, Anglican, and Anabaptist.

These Reformation movements of the 16th century brought with them new understandings regarding child baptism, communion, and confirmation that deeply impacted church practice. These new views had direct impact on how children were included in the life of the church, their participation in the sacraments, and the kind of spiritual instruction and nurture they received. This two-part blog gives an overview of the new positions and practices reached in four major branches of the Reformation movement.[ii] This first blog focuses on Protestant churches in the Lutheran and Reformed traditions. The second one will address churches in the Anglican and Anabaptist traditions. What part of the Reformation “family tree” is your church a part of? Which one(s) serve as the foundation for or fit well with your own church’s ministry efforts with children?

In the early 16th century in Germany, Martin Luther called into question the Roman Catholic Church’s sacramental system (The Babylonian Captivity of the Church, 1520). For Luther, “Since salvation is a divine gift, not a human work, the sacraments are subject to the same order of salvation. They are signs and promises of what God does for humans and, like redemption, can only be received in faith” (Johnson, 1999, p. 235). Luther ended up reducing the sacraments to two, baptism and Eucharist. He continued the practice of baptizing infants, defending it on the basis of the inherited sinful nature of infants, the vicarious faith of the Church, and the freedom of the Holy Spirit to bestow faith. For Luther, the Holy Spirit gives the gift of faith in the sacrament of baptism. “That is, infant baptism testifies to the reality that faith and repentance are not prerequisites for baptism but, rather, life-long consequences of baptism” (Johnson, p. 239).

In the Lutheran tradition, baptism began the journey of faith and the Church was to provide instruction and nurture to encourage the growth and maturing of that faith given by God. Instruction in the faith was provided through the use of the catechisms that Luther developed for children (Small Catechism) and adults and clergy (Large Catechism). These provided instruction on the Ten Commandments, the Apostles Creed, the Lord’s Prayer, and the sacraments. The order was intentional, to help the learner understand the demands of the Law and how they were fulfilled through the Gospel of Jesus Christ.

Later work by Martin Bucer, in Strassburg, emphasized the importance of the role of godparents in baptism and the early instruction of the child in the faith. Godparents were to pledge that the child would be raised and instructed in the faith, either by the parents or themselves. For Bucer, having godparents who were prepared to do this became a precondition to baptism.

In Switzerland, Ulrich Zwingli rejected a “means of grace” understanding of the sacraments of baptism and the Eucharist. For him, faith came through the work of the Holy Spirit in the soul of the person. Baptism was to be used as a sign of the internal reality that God had already accomplished. In light of this understanding, it is initially surprising that Zwingli supported infant baptism. However, his covenant theology understanding of the nature of the family provided the basis for this practice.

... birth to Christian parents within the ‘covenant’ community, for Zwingli, seemed to convey membership in that community automatically. That is, birth to Christian parents already constituted their divine ‘election’ to salvation and so their baptism was simply an external sign of what was true for them already ... as a sign of membership in the covenant community, infant baptism had its parallel with circumcision among the Jews. (Johnson, 1999, p. 244)

Baptism itself then did not justify or save a person, but was a witness to God’s saving work through His covenant with His people. Baptism was a rite of initiation and infants were dedicated and pledged to future faith in God. Baptism made the infant a member of a community of Christians where they could grow in the faith (Wandel, 2004, p. 276). In the corporate gathering of the baptism ceremony, those present interceded for the infant that on the basis of future faith this child be incorporated into the life of the church and instructed and nurtured in the faith. Similar to Martin Bucer, Zwingli’s approach made baptism a pledge “that the infant, who by birth to Christian parents is already part of God’s elect and now solemnly dedicated, will be brought up in the Christian faith and so one day make his or her own faith response” (Johnson, 1999, p. 249). All expectation was that the child would indeed follow Christ as he or she was to be taught, making the teaching ministry of the church critical for fulfilling this rite. Central in the teaching ministry of the church was the proclamation or preaching of the Word and teaching children how to read it. Schools were to create an environment of prayer where the Word could be taught and children could learn to pray. This was done as an “aid to the work of the Holy Spirit” (Wandel, p. 286). “Education in Zürich was intended to enable right faith to discern more accurately and fully God’s will for the conduct of one’s life and the content of one’s belief” (Wandel, p. 288).

In Geneva, Switzerland, John Calvin led the growing “Reformed” movement through his writings and leadership in the church and city government. Holding to a similar covenant theology as Zwingli, he retained a higher view of the sacraments as a means of grace for the elect. For Zwingli, the sacraments were signs of the church’s pledge toward God (in baptism) and commemorations of past events (in the Lord’s Supper). Calvin focused more on God’s work in these sacraments, seeing them as testimonies of God’s grace exercised in the present and confirmed by outward signs (Johnson, 1999, p. 250). Although no one could know who were elect and who were not, infant baptism was seen as appropriate because of the nature of God’s covenant with His people and the place of children within the family. Regarding baptism, Calvin wrote:

Hence it follows, that the children of believers are not baptised, in order that though formerly aliens from the Church, they may then, for the first time, become children of God, but rather are received into the Church by a formal sign, because, in virtue of the promise, they previously belonged to the body of Christ. (1559/1972, Vol. II, Ch. 15, p. 526)

The sacraments were seen as “visible words” that do not bestow grace in themselves, but ratify what God has accomplished. For Calvin, like Luther and Zwingli, baptism became a corporate event for the church, not a private event for the infant and family. It served to remind the congregation of their own baptism and the grace of God in their own lives for salvation. Unlike Luther, however, Calvin did not view the Holy Spirit bound to the external sacraments as means of grace.

Like Luther, Calvin developed catechisms to be used in instructing children in the faith they were baptized into. So important was instruction in the catechism that it was not left to parents to do on their own. Calvin, and those who followed his lead, both affirmed the importance of fathers teaching their children and developed catechism classes taught by ministers each Sunday between the morning and afternoon worship services (Kingdon, 2004, p. 300-301). The catechisms covered instruction on the Apostles Creed, the Ten Commandments, the Lord’s Prayer, and the sacraments. The catechism become so important in Geneva under Calvin that adults could not receive communion until they were able to recite them from memory. This instruction in the basics of the faith was reinforced in the worship services, where the Creed and the Lord’s Prayer were recited as part of the service (Kingdon, p. 306).

So far, we’ve looked at the Lutheran and Reformed Churches and how their beliefs impacted their practices with children. Do you see anything here that connects with your church beliefs and ministry practices with children? The next blog (Part II) will focus on the Anglican and Anabaptist movements and their distinctive beliefs and practices, and look at how confirmation, a practice initially rejected by the reformers, ended up becoming standard practice in most branches of the Reformation movement, and its impact on the instruction of children in these traditions.

[ii] I rely heavily on the work of Maxwell Johnson (The rites of Christian initiation: Their evolution and interpretation, The Liturgical Press, 1999) for the summaries that appear in this section. 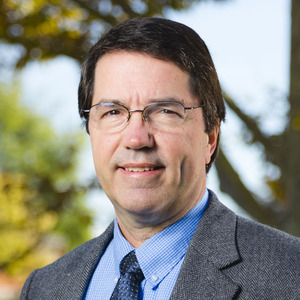 Kevin Lawson is a professor of Educational Studies at Talbot School of Theology at Biola University. Lawson cares deeply about strengthening the educational ministry of churches. For 11 years, he served on church staffs as a minister of Christian education. He holds degrees in Christian education, biblical studies and educational administration, and carries out research on local church educational ministry, church staff issues, theological and historical foundations of Christian education, children’s spiritual formation, and other related topics. Lawson teaches on the historical foundations of Christian education, leadership issues and educational research methods, and does ministry consultation. His recent publications include: Supervising and Supporting Ministry Staff: A Guide to Thriving Together (co-authored with Mick Boersma, 2017); Associate Staff Ministry: Thriving Personally, Professionally, and Relationally (co-authored with Mick Boersma, 2014); Infants and Children in the Church: Five Views on Theology and Ministry (co-edited with Adam Harwood, 2017), Understanding Children's Spirituality: Theology, Research, and Practice (editor, 2012) and has contributed chapters to Shaped by God: Twelve Essentials for Nurturing Faith in Children, Youth, and Adults (2010), Introducing Christian Education and Formation (2008), Nurturing Child and Adolescent Spirituality: Perspectives from the World's Religious Traditions (2006), Children's Spirituality: Christian Perspectives, Research, and Applications (2004), and multiple entries in the Encyclopedia of Christian Education (2015). His research and writing has been published in several periodicals, including Christian Education Journal, Evangelical Missions Quarterly, Religious Education, Journal of Youth Ministry, Growing Churches, The Journal for Case Teaching and two international journals. He serves as editor of the Christian Education Journal and “Christian Educators of the 20th Century Project.” He chairs the Council of Christian Colleges and Universities’ Council for Collaboration in Doctoral Education and works with the International Council for Evangelical Theological Education on issues of doctoral education development.