Non-Israelite Followers of YHWH in the Old Testament

My previous posts have looked at several examples of the different ways God interacted with non-Israelite nations. Ken Berding suggested that I compile a list of the non-Israelite followers of YHWH in the Old Testament. Without further ado, here they are. Readers may fill in all the people I missed in the comments!

Melchizedek (Genesis 14): This obscure character appears to worship YHWH (though he never refers to him by the name YHWH). How he learned about YHWH is unknown.

Egyptians (Exodus 1-15): The Egyptians are called to “know that I am YHWH” throughout the plague narrative, but it seems that this does not mean conversion.

The “Mixed Multitude” and the “Rabble” from Egypt (Exod 12:38; Num 11:4): This group might be either Egyptians or non-Israelite slaves who left Egypt with Israel. The level of their faith in YHWH is not known, though at least the rabble of Num 11:4 caused Israel problems.

Balaam (Numbers 22-24): The case of Balaam is uncertain, as he recognized the power of YHWH but also acted against the god of Israel

Gibeonites (Joshua 9): The Canaanite town of Gibeon employed deceit against Israel, but perhaps had some measure of faith in YHWH

Othniel (Judg 3:9): Othniel was Caleb’s brother and also a Canaanite

Shamgar (Judg 3:31): Not much is known of this judge, but his non-Semitic name and the description of him as a “son of Anath” marks him as a non-Israelite

Ruth the Moabite: One of the major themes of Ruth is that she is a Moabite

Obed-Edom (2 Samuel 6): The Ark of the Covenant was stored in his backyard of a man from Philistine Gath

Uriah and Bathsheba (2 Samuel 11-12): Uriah is called a Hittite, which most likely refers to the Neo-Hittites living in Syria

Queen of Sheba (1 Kings 10): It appears that she had some level of recognition of YHWH

Widow of Zarapeth (1 Kings 17): The poor widow who was supplied with food by Elijah

Naaman (2 Kings 5): The Aramean commander who came to Elisha for healing

Samaritans (2 Kings 17): the transplantees settled in Samaria by Assyria were taught to fear YHWH, but continued to worship other gods as well

Job: The nationality of Job and his friends is not known, but they hailed from the location of Edom

Psalms: Many psalms proclaim that the nations will praise YHWH (for example, see Ps 45:17)

Sailors (Jonah 1:16): The sailors who threw Jonah into the sea feared YHWH

The prophets, especially Isaiah, speak of the nations following YHWH in the future. Prominent examples include Isaiah 2; 19; and Zechariah 8. 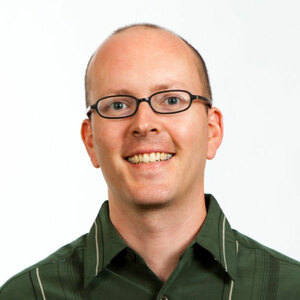