Jesus’ Predictions of His Own Resurrection

I appreciate the work you do a great deal and it has been personally beneficial to my faith and my ministry. I do have a question, however, concerning the 1st century Jewish expectations of resurrection. You write, and I agree that the evidence points to a Jewish belief in a general resurrection at the end of the age (John 11:24), as opposed to that of a dying and rising Messiah during their own lifetime. This would seem to work as evidence against certain theories that would deny the resurrection, such as it being a hoax, or the resurrection appearances being hallucinations, etc.

My question is about events like Jesus raising people from the dead (John 11:43-44; Matthew 9:25; Luke 7:13-15), and Jesus' predictions about His own death and resurrection (Matthew 16:21; Mark 8:31, etc.). Would not these event's and predictions have created an expectation in His disciples that He would die and rise again? It seems difficult to argue both that there was no expectation of a dying and rising Messiah and that Jesus vindicated His radical personal claims to be a dying and rising Messiah. Did the disciples simply ignore what He said and taught? Did they fail to understand what He meant? I am curious to hear your thoughts on these questions. 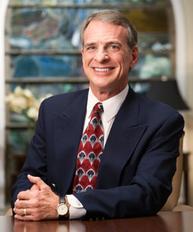 With Easter approaching, it seems appropriate to take a question on the resurrection of Jesus. For those who lack the background to understand Travis’ question, let me explain that one of the historically established facts which any historian who seeks to give an account of Jesus’ fate must account for is the origin of the earliest disciples’ belief in his resurrection. The idea that someone might be raised from the dead to glory and immortality as an isolated individual apart from the general resurrection of the dead and in advance of the eschatological resurrection at the Judgment Day is unattested in early Judaism. For a Jew, resurrection to glory and immortality (as opposed to mere revivification to the mortal life, as in the case of persons Jesus brought back to life) is always a corporate event after the end of human history. Thus, the disciples’ belief in Jesus’ resurrection to glory and immortality—what N. T. Wright styles a radical mutation of Jewish beliefs about the resurrection—requires a sufficient explanation.

Now your question, Travis, is whether Jesus’ own predictions of his resurrection might not provide a sufficient explanation. I’ve argued that in the final analysis they do not.

First, notice that this is an explanation which is not pressed by skeptical New Testament critics. Why not? Simply because Jesus’ resurrection predictions are less well-attested by the evidence than the facts of Jesus’ empty tomb and post-mortem appearances. Most critics think that these predictions were written back into the life of Jesus during the post-resurrection period. In other words, they’re not taken to be authentic sayings of the historical Jesus, but retrojections of the theology of the early church, which had come to believe that Jesus was risen from the dead.* If you say that these predictions are authentic, then you must also accept the facts of the empty tomb and post-mortem appearances because these are far better attested by the evidence. But in that case, the central facts undergirding the inference to Jesus’ resurrection are established, so that skepticism is defeated.

In any case, I think it is plausible that if Jesus did give these predictions, then his disciples did not understand them until after the events of Easter had taken place. Given their typically Jewish frame of mind, the disciples simply could not comprehend what Jesus was talking about when he predicted his resurrection. The Gospels repeatedly attest to this fact. Look at Mark 9:9-11, for example.

And as they were coming down from the mountain, He gave them orders not to relate to anyone what they had seen, until the Son of Man should rise from the dead. And they seized upon that statement, discussing with one another what rising from the dead might mean. And they began questioning Him, saying, “Why is it that the scribes say that first Elijah must come?”

Here Jesus predicts his resurrection, and what do the disciples ask? “Why is it that the scribes say that first Elijah must come?” In first century Judaism it was believed the prophet Elijah would come again before the great and terrible Day of the Lord, the judgment day when the dead would be raised. The disciples could not understand the idea of a resurrection occurring within history prior to the end of the world. Hence, Jesus’ predictions only confused them.

Thus, even given Jesus’ predictions, the disciples after Jesus’ crucifixion would probably not have come to believe that he had been already raised. Given the Jewish conception of resurrection, they would have only looked forward to the resurrection at the last day and perhaps, in keeping with Jewish custom, preserved his tomb as a shrine where his bones could rest until the eschatological resurrection.