A Gospel Parable of the Kite

A search of the Internet will reveal several different kite parables, including one in support of the (un-Christian) idea that by holding tight to the string of God’s commandments people can fly themselves up into the heavens. I’d like to suggest a different kite parable, one that is more in keeping with Christian orthodoxy. My parable focuses on the kite itself (not the string) as the gospel of salvation through faith in Christ alone, but not a faith that is alone.

Perhaps a bit unconventionally, I take flight into this parable from Revelation 14:6–7, which reads as follows.

6 Then I saw another angel flying directly overhead, with an eternal gospel to proclaim to those who dwell on earth, to every nation and tribe and language and people. 7 And he said with a loud voice, “Fear God and give him glory, because the hour of his judgment has come, and worship him who made heaven and earth, the sea and the springs of water.” (ESV) 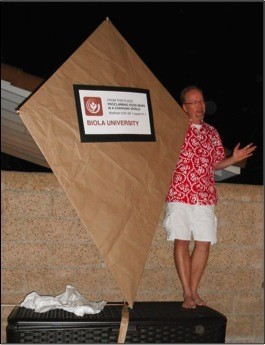 Scholars differ regarding the use of the word “gospel” (εὐαγγέλιον) in Rev. 14:6. Some suggest that it is the message of salvation through faith in Christ. Others suggest that, in this context, it is a message not of salvation but of judgment, which is a kind of “good news” at least for some people. Still others suggest that the word “gospel” here is robust enough to encompass both sides of the single message sent by God: that is, the one message about Jesus the Christ is both a message of salvation for those who respond in faith and a message of judgment for those who refuse this good news. After all, it is here “an eternal gospel” (see Grant Osborne, Revelation [BECNT; Baker, 2002]). And this robust message seems to be what we read in the four books of the New Testament that recount the life and ministry of Jesus, which we call (in the tradition of Mark) the “Gospels.”

In looking at this robust gospel flying through the air, we can note that there is another debate about the definition of the “gospel.” In answer to the question, “What makes up the gospel message?” I would likewise suggest a both/and solution to the disagreement. And this is where I point to the kite itself. Of course, I know about the differing varieties of kite designs and I even fly some unconventional models, but for this illustration I am utilizing here the traditional kite design.

For my parable, I ask you to notice the following features of a well-built and properly flying kite:

On the one hand, we would think it odd to see someone trying to fly a kite with no frame at all—a wad of paper or cloth on the end of a string. On the other hand, we would wonder about the sanity of a person dragging a cross-shaped frame around claiming to be flying a kite. To be a bit more explicit, while the gospel is NOT mere well-intentioned attempts at Christ-like good deeds, neither is the gospel mere flightless faith in Jesus Christ. Rather, the gospel is a message of faith in Jesus Christ that is expressed in Christ-like flight. Let me anchor this comment in Scripture written by Jesus’ brother James as he addresses this issue in James 2:14–17.

14 What good is it, my brothers, if someone says he has faith but does not have works? Can that faith save him? 15 If a brother or sister is poorly clothed and lacking in daily food, 16 and one of you says to them, “Go in peace, be warmed and filled,” without giving them the things needed for the body, what good is that? 17 So also faith by itself, if it does not have works, is dead. ” (ESV)

This year at Biola University, by utilizing the theme “From This Place: Proclaiming Good News in a Changing World,” we have been intentionally reflecting upon our responsibility to share the good news of the gospel. So then (dare I say it), from this place “let’s go fly a kite!” 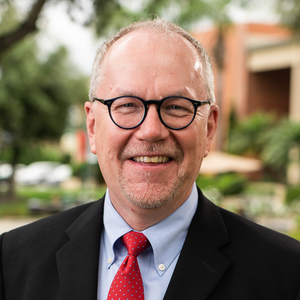