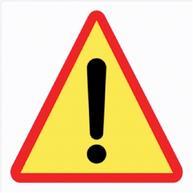 Fear can be rational or irrational.

That said, there's a 'sense' in which it doesn't always matter whether one's fear is rational or not. That's because even if a particular fear happens to be irrational, that doesn't necessarily make it any less troubling. In fact, irrationality doesn't "negate" fear in the least-- and, in some cases, it can even breed terror.

In the context of this discussion, it is important to remember that fear and danger are not one and the same. Fear is an emotion. Danger, however, is an actual threat to one's safety.

Though fear and danger should appear together (and often do), interestingly, they can also be inexplicably separated. Note that a child may be in actual danger of physical harm, but have no fear whatsoever. In addition, a grown adult may be in absolutely no danger, yet be deathly afraid.

In the case of my dear mother who passed away only a few years ago (February 25, 2007), there was a time prior to our losing her that she struggled with a fear of death. She (like me... and probably you) did not want to die. Sadly, the fact that she was a Christian believer did not assuage her insecurity, nor did it eliminate her fear of the unknown. In fact, my mother was in the condition of many Christians-- she "feared" though there was no "danger."

In Christ, my mom's eternal fate was absolutely secure-- something she now knows full well. Yet that reality and fact never calculated into spiritual peace and inner security. So though my mother's fear did not affect her destiny, she was still emotionally imprisoned—at least for a short time. The only thing I wish is that she could have lived free from what I wish to call the “dangerless fear.”

Similarly, in spite of the fact that God is sovereign, many Christians today live in fear. And though the world sometimes presents genuine threats where fear is not completely unfounded, in light of the Omnipotent Sovereign we serve, disciples should increasingly embrace and then embody the security and confidence which is very much found in Christ. As we do, we will become powerfully emboldened and increasingly learn to live with fearless abandon. This type of courageous Christianity is the only brand of faith that is capable of pushing back the darkness and advancing the light. As such, Christians must decide whether to cave... or to be brave.