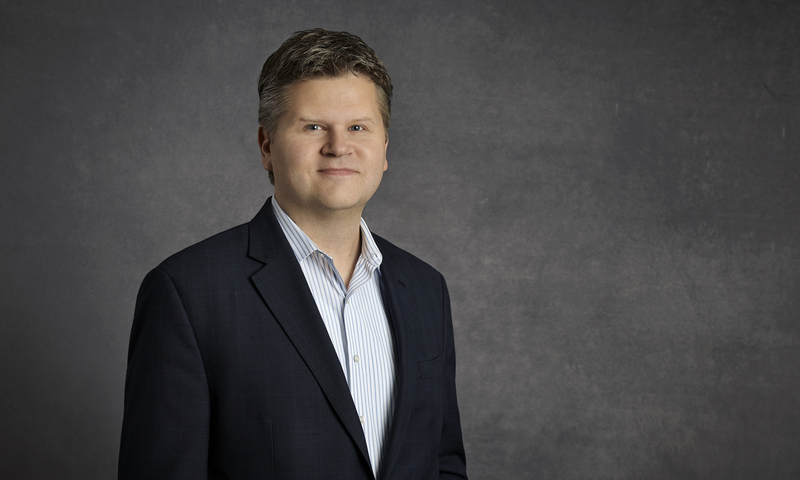 After an extensive search process, Biola University has selected Tom Halleen, former executive vice president at AMC Networks, to serve as the founding dean of Biola’s School of Cinema and Media Arts.

Halleen, during his 18 years at AMC Networks, was a key team member in the transition of AMC into one of the most innovative cable networks on television in part through the launch of groundbreaking and Emmy Award-winning series including Mad Men, Breaking Bad, and The Walking Dead, the highest rated basic cable series in television history.

With nearly 30 years as a programming executive, Halleen has experience in all divisions of programming including acquisitions, scheduling, development, production, operations, viewer services, research, legal, standards and practices, and promo/media planning. Together with his reputation for integrity, ingenuity, and transformative leadership, he’s uniquely qualified to lead Biola’s School of Cinema and Media Arts to grow and thrive into new opportunities as one of the top film schools in the world.

At AMC Networks, Halleen led a 43-member programming strategy team across the linear and on-demand platforms for five of its entertainment services including AMC, BBC America, IFC, Sundance TV and WEtv.

“I couldn’t be more delighted that Tom accepted our offer and will bring his vast experience both in leadership and industry knowledge to Biola University as our founding dean of the School of Cinema and Media Arts,” said Deborah Taylor, provost and senior vice president of Biola.

Prior to joining AMC, Halleen spent 12 years at the Family Channel (now Freeform), formerly known as Fox Family and ABC Family Channel, where he worked his way from intern to senior vice president of primetime programming and development while supervising hundreds of hours of original series, movies and specials across all genres. During his career as a program executive, Halleen developed relationships and deals at all the major studios including Warner Bros., Paramount, NBC Universal, Sony, Disney/Fox, MGM, CBS, Lionsgate, Miramax, Amazon Studios and others.

In his new role as founding dean of the School of Cinema and Media Arts, Halleen will oversee a team of nearly 30 faculty and instructors with credentials spanning from producers and directors in the industry to the writer of the recent Lifetime movie hit The Clark Sisters. He will usher the school into a new era of growth as the school launches new bachelors and masters programs over the next five years in areas such as executive producing, directing, writing, short form production, game design, and animation. Biola hopes to double the school in size to 750 students by 2027.

Biola’s School of Cinema and Media Arts, launched in 2018, has been ranked as one of the top film schools in the nation by multiple industry-leading sources. It was listed as one of the 50 best film schools around the world in Variety’s Entertainment Education Report in 2018, 2019, and 2020. Located just 20 miles from Los Angeles, the entertainment capital of the world, the School of Cinema and Media Arts has abundant opportunities for students, including several off-campus programs and an on-campus production center with almost $4 million worth of state-of-the-art equipment. Learn more about the school here.