Embodied: Transgender Identities and the Church 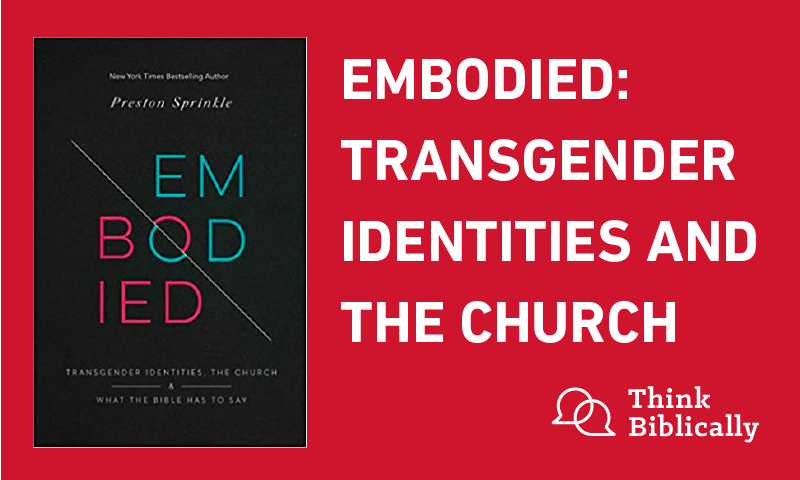 Is there a difference between sex and gender? What does it mean to be transgender? And what about intersex? In this interview, Sean and Scott talk with Dr. Preston Sprinkle about these important questions and more. They discuss his latest book Embodied: Transgender Identities, the Church, and What the Bible Has to Say. The interview focuses on understanding the transgender phenomenon scientifically and biblically so Christians can love transgender people well.

Dr. Preston Sprinkle is a professor, speaker, and a New York Times bestselling author. He earned a Ph.D. in New Testament from Aberdeen University in Scotland (2007), and he currently is the director for the Center for Faith, Sexuality, and Gender. He hosts the popular podcast “Theology in the Raw” and is the author of the recent book Embodied: Transgender Identities, the Church, and What the Bible Has to Say.