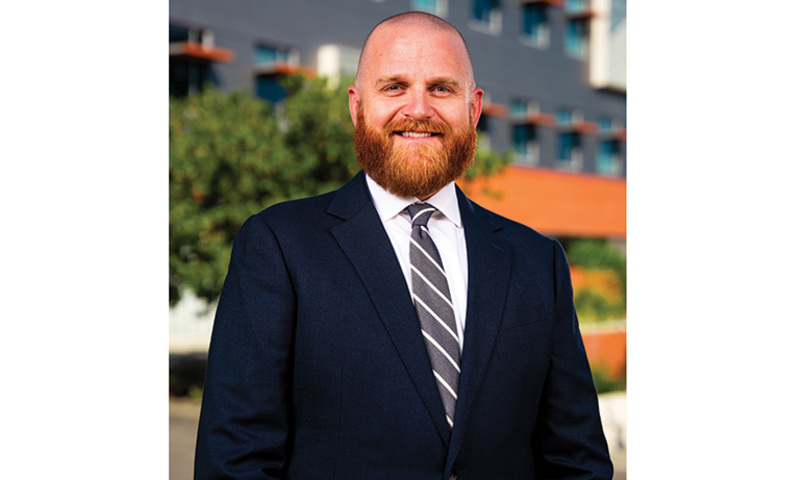 Dr. Timothy Pickavance is broadly interested in the core areas of analytic philosophy, though he specializes in metaphysics. After completing his M.A. in Philosophy here at Talbot, he found himself in Austin at the University of Texas, where he earned his Ph.D. in 2008. He is thrilled to be a part of Biola and Talbot, contributing to the development of Christian philosophers who want to impact our culture in various venues, from academia to their churches to their personal friendships.

Q: Briefly, can you share your faith journey to Christ? Also, please tell us how and when you came to Talbot.

I grew up in the Bible belt, so in some ways it’s hard to know when Jesus took hold of me. I was baptized young, age 6, I believe. I did not take faith seriously for some time, but eventually I went to this very strange residential high school/college program called the Texas Academy of Mathematics and Science. There, God used a group of friends to compel me to see that Jesus was indeed the way to life. During my senior year of high school (which was also my sophomore year of college), I committed to following Christ, and I have been following him since.

I came first to Biola in 2000 to be a student at Talbot in the M.A. Philosophy emphasis. After graduating in 2003, I went off for a Ph.D. at the University of Texas. The story of coming back to Talbot is an interesting one, actually. There was a period of time in Texas that was pretty low for me, the nadir of which was spring 2006. During that summer, however, my wife and I took a trip to the U.K. On a whim, we decided to visit Oxford (we were staying in Portsmouth with some friends) and wound up in a church where J.P. Moreland was sitting in the pews! Seeing J.P. there was a real turning point. He talked with me about the challenges I was facing and encouraged me to reach out to Scott Rae and to suggest that I’d love to be back at Biola someday. A couple of years later there was a need at Talbot, so they gave me a call. Here I am, 14 years later, having been a faculty member first and now sitting in the dean’s office.

Q: In July of this year, you were appointed to serve as the interim dean of Talbot. Can you tell us how you’ll help the university and Talbot uphold our mission in this role?

I think of upholding our mission as a task of preservation. What I mean by that is there’s always pressure to soften on missional commitments. There’s pressure from culture and from constituents, from students

and even from the broken parts of ourselves. So, maintaining missional fidelity is an act of preservation. The primary way we preserve is by remembering, in the same way Israel was called to remember. In my role as the interim dean, my task is to do what I can to help the institution and our faculty remember our mission. That’s an intentional act of representing old, true things to our community, which requires me to be a person who is doing that myself. We are here to serve Christ’s church.

Q: What classes do you teach? Are you working on any new research or writing projects?

My primary role teaching over the years has been with Talbot graduate students studying philosophy. Mostly I work in metaphysics and epistemology: the basic constitution of reality and how it is that we have access to that reality. I’ve also taught integration classes for potential psychology majors and STEM majors, as well as classes in the philosophy of religion and on contemporary philosophical literature about issues from the epistemology of disagreement to the metaphysics of possibility.

Regarding research and writing, I just released a book with Eerdmans called Knowledge for the Love of God: Why Your Heart Needs Your Mind. This is my first book written directly for the church. (My other books have been for academics.) As far as academic research and writing, most of the work I’m doing right now concerns the role of emotions and other affective states in knowledge and understanding. But I’m moving more directly toward the church these days, trying to write more for non-academic Jesus followers.

Q: Can you tell us a little bit about your family?

My wife, Jamie, and I have been married 19 years. We actually met here at Biola. She graduated in 2001. We have two children, Lyle (13) and Gretchen (11), and live in Fullerton. Jamie is a teacher, and we homeschool our kids. We also have a dog, a giant schnoodle named Sam. I like to describe him as a 70-pound shag carpet! We worship at Redeemer Church of Orange County in Newport Beach. We’ve been part of Redeemer since 2008, and I serve as a ruling elder and a scholar in residence there.

Q: What types of activities do you enjoy doing in your free time?

Honestly, I don’t have many hobbies, but I love two sports franchises: the Chicago Cubs and an English premier league soccer team called Tottenham Hotspur. I love waking up early on the weekend and watching a football match with my kids. I also enjoy hunting for delicious coffee. I tend toward light roast, single-origin coffees, especially from Africa and Central America. I’m an introvert, but I even feel energized after spending time with people when there is good coffee involved! 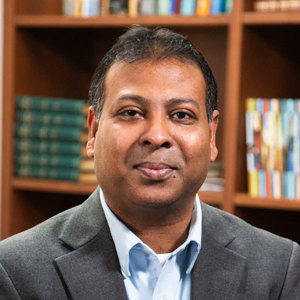