How to tell the difference between real justice and its 21st century counterfeits. 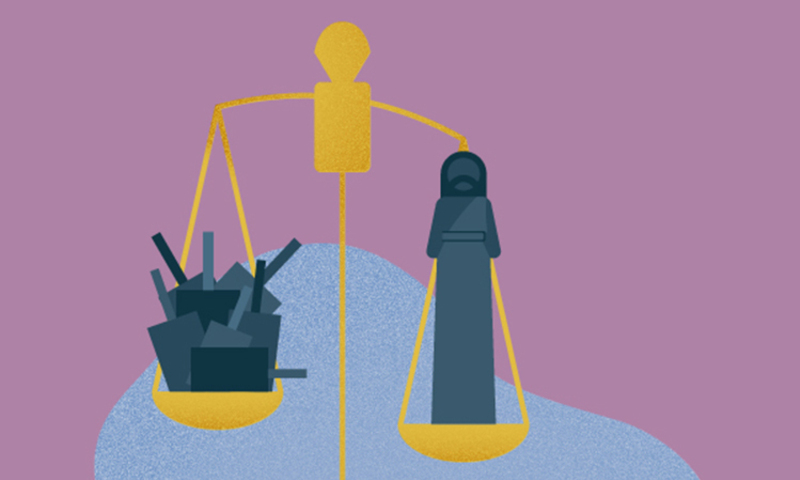 If we take the Bible seriously then we should all care about justice. God does not suggest, he commands that we “Do justice and righteousness, and deliver from the hand of the oppressor him who has been robbed” (Jer. 22:3). The text does not say “what does the Lord recommend?” but “what does the Lord require of you but to do justice, and to love kindness, and to walk humbly with your God?” (Mic. 6:8).

A Brief History of Christian Justice-Seeking

There is a long, beautiful history of Christians who lived out this biblical call to justice. Here is a mere snippet of that inspirational history:

The early church proclaimed the gospel in a way that subverted the mutual racism between first century Jews, Samaritans and Gentiles. They brought reconciliation and real community where there had been hostility and division for centuries.

Early Christians rescued the unwanted babies who had been tossed away like garbage at the human dumps of the Roman Empire, usually simply for being female, and adopted them as cherished children.

When a plague ravaged the Roman Empire, most people ran for the hills away from the sick and dying. It was countercultural Christians who ran to the bedsides of the plagued to treat them with dignity, getting sick and dying right along with them.
Christians were leading voices in the creation of the Magna Carta, the U.S. Constitution, the Emancipation Proclamation, the Universal Declaration of Human Rights, and other seminal political documents that substantially advanced human rights around the globe.

Christians built more hospitals and orphanages to serve the suffering than any other movement in history.

Christians like Dietrich Bonhoeffer and Sophie Scholl organized resistance movements against the Nazis, as well as the Christian village of Le Chambon in Southern France that hid and saved thousands of Jews fleeing from Hitler’s SS.

Christians like William Wilberforce, John Newton and the Clapham sect in the U.K., along with Fredrick Douglas, Harriet Tubman and Sojourner Truth in the U.S., led the movement to abolish slavery. Beyond the Western world, Christians succeeded in toppling the legal slave trades in India, Africa, the Middle East and South America.

Inspirational examples of faith in action are not mere relics of the past. A 2018 study in the United States found that practicing Christians outpace all other demographics in providing food to the poor, donating clothing and furniture to the poor, praying for the poor, giving personal time to serve the poor in their communities and serving the poor beyond American borders. A recent study by a nonreligious research group looked at a dozen faith communities around Philadelphia. With a 54-point metric, researchers found that a dozen congregations generated more than $50 million in economic benefit to their surrounding communities in a single year. Christian communities today excel in adoption, foster parenting, fighting human trafficking, community development and more.

“Sure,” comes the welcome skeptic’s reply, “but didn’t self-proclaimed Christians also help instigate crusades, inquisitions, witch burnings, the slave trade and other atrocities?” Sadly, yes. But which self-proclaimed believers do you think merit the name “Christian” — the ones dignifying or the ones dehumanizing their neighbors? We don’t have to buy into the false either-or. It isn’t a matter of either remaining a Christian or leaving the historic faith to pursue justice. Instead, we must carry the torch of a long history of Christian justice-seeking and participate in vibrant contemporary churches that love the oppressed precisely because they love Jesus and take the Bible seriously.

What About Social Justice?

What then do we make of the contemporary call toward “social justice”? Combining the word “social” with the word “justice” is a bit like mixing Mentos with soda. It is highly explosive. “Social justice” has become a major point of division, not only in our broader polarized culture, but also within many churches, parachurch organizations, Christian schools and even Christian homes. Much of the combustion and fragmentation comes from different meanings that different Christians pour into the word combination of “social” with “justice.” We should all seek a world forever purged of racism, where justice prevails and greed and tyranny are permanently replaced with compassion and love. But we have to be discerning. Not every movement waving the social justice banner promotes the kind of justice and shalom the Bible calls us to seek.

The problem is what happens when that quest is undertaken from a framework that is not compatible with the Bible. And this is a very real problem, because the extent to which we unwittingly allow unbiblical worldview assumptions to shape our approach to justice is the extent to which we are inadvertently hurting the very people we seek to help. God calls us to true justice, not knee-jerk activism. If we really care about the oppressed and the God who cares about the oppressed, we must carefully distinguish between true biblical social justice, and the kind of justice that masquerades as social justice in the 21st century. We should not assume that a movement is about justice simply because it claims to be about justice.

Throughout church history, many with great intentions embraced ideologies that claimed to advance Christian justice, but masked deep incompatibilities with Scripture and hurt millions. Take for example, the case of Chile in the early 1970s. Many socially concerned Christians rallied behind Salvador Allende’s presidential candidacy. They believed his socialist policies would bring good news to the poor by combatting income inequality. With Christian support, Allende won. In the name of helping the poor he instituted socialist policies. He collectivized land and agriculture. Inflation skyrocketed 600 percent. Poverty rates jumped by 50 percent. Even more people were forced into the sad ranks of the neglected. Let us learn the lessons of history: Conflating Jesus’ gospel with political visions of social justice turns good news into bad news for the poor.

Discerning True Justice from Its Counterfeits

In our day, there are several ideologies inspiring much of what is often called “social justice” — neo-Marxism, critical race theory, postmodern deconstructionism, queer critical theory and gender theory, to name a few. So how can we tell between real justice and its 21st century counterfeits? As we seek to navigate our turbulent times, inspiring our churches and ministries toward true justice and safeguard them from its counterfeits, allow me to offer eight points of clarifying contrast.

John Perkins is one of my heroes, a living legend of the civil-rights movement whom I’m proud to call brother, mentor and friend. His life embodies how to pursue justice for 60-plus years without compromising the gospel one inch. I leave brother John’s four admonishments to the next generation of justice-seekers:

First, start with God! … If we don’t start with him first, whatever we’re seeking, it ain’t justice. Second, be one in Christ! Christian brothers and sisters — black, white, brown, rich, and poor — we are family. … If we give a foothold to any kind of tribalism that could tear down that unity, then we aren’t bringing God’s justice. Third, preach the gospel! The gospel of Jesus’s incarnation, his perfect life, his death as our substitute and his triumph over sin and death is good news for everyone. … If we replace the gospel with this or that man-made political agenda, then we ain’t doing biblical justice. Fourth and finally, teach truth! Without truth, there can be no justice. And what is the ultimate standard of truth? It is not our feelings. It is not popular opinion. It is not what presidents or politicians say. God’s Word is the standard of truth. If we’re trying harder to align with the rising opinions of our day than with the Bible, then we ain’t doing real justice (foreword to Confronting Injustice without Compromising Truth).