My Colleague at Talbot, Richard Rigsby 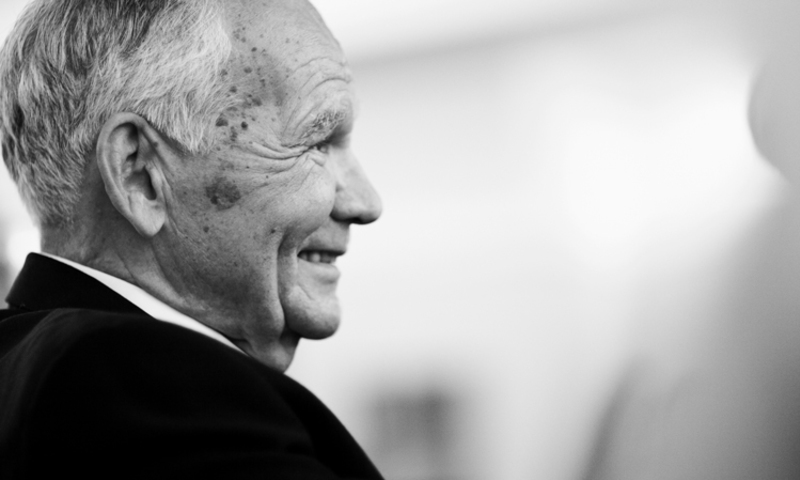 Richard Rigsby, professor emeritus of Old Testament and Semitics and former director of the Talbot/Bible Lands program, passed away on Dec. 3, 2018, at age 83. Rigsby was a beloved professor at Talbot for 37 years when he retired in 2012. Professor Emeritus Tom Finley remembers Dr. Rigsby in this adapted article that was originally published on Dec. 10, 2018, on thegoodbookblog.com.

Talbot’s first dean, Charles Feinberg, hired Richard Rigsby for the Old Testament department in 1975. It quickly became apparent that he was a dynamic teacher, and he became popular among the students. Staunchly conservative in theology and politics, he had firm convictions about the inerrancy of Scripture and the importance of using the biblical languages to interpret them.

After graduating from Stetson University in Florida with a Bachelor of Arts in English, Dr. Rigsby received his Master of Divinity from Golden Gate Seminary (now known as Gateway Seminary) and his doctorate from Southern Baptist Theological Seminary in Louisville, Ky. God called him to preach while he served in the Army as an intelligence research analyst. There was hardly ever a time when Dr. Rigsby was not pastoring a church. After he came to Talbot, he continued to pastor at several churches. From 1986 until his homegoing in 2018, he pastored at Bell Gardens Baptist Church.

Dr. Rigsby loved teaching Hebrew. When he taught a class on Zechariah, he adopted Zechariah 4:6 as his life verse: “Not by might, nor by power, but by my Spirit, says the LORD of hosts.” Thanks to his request to Biola President Barry H. Corey, that verse appears on Talbot East. Countless classes and congregations heard him expound on that verse in the Hebrew.

My most vivid picture of Dr. Rigsby is of him leading singing in chapel with his wife Donna at the organ. I can still feel how my spirit soared in worship as he led us in Charles Wesley’s great hymn, “And Can It Be That I Should Gain?” He had a beautiful singing voice, and like a skilled conductor of a symphony orchestra, he helped us to sing the emotional nuances of that song.

Dr. Rigsby had a true “pastor’s heart.” He prayed for the faculty and students regularly. Any time someone was hospitalized or dealt with a family member at the hospital, Dr. Rigsby would get there as soon as he could. He genuinely cared about all the faculty at Talbot and Biola. He was such a good pastor that the dean of Talbot appointed him pastor to the faculty. There was a time when he extended to me personally his gracious encouragement and practical help in a time of crisis.

What many former students remember most about Dr. Rigsby is those wonderful trips to Israel and Greece, Turkey and Rome. All who went on those trips became a close family, and each one became Dr. Rigsby’s “son” or “daughter.”

Dr. Rigsby is remembered by many as a loyal friend and colleague, an enthusiastic teacher and follower of Christ, and a caring pastor. These characteristics remind me of Micah 6:8, a verse that encapsulates his life: “He has told you, O man, what is good; and what does the LORD require of you but to do justice, and to love kindness, and to walk humbly with your God.”