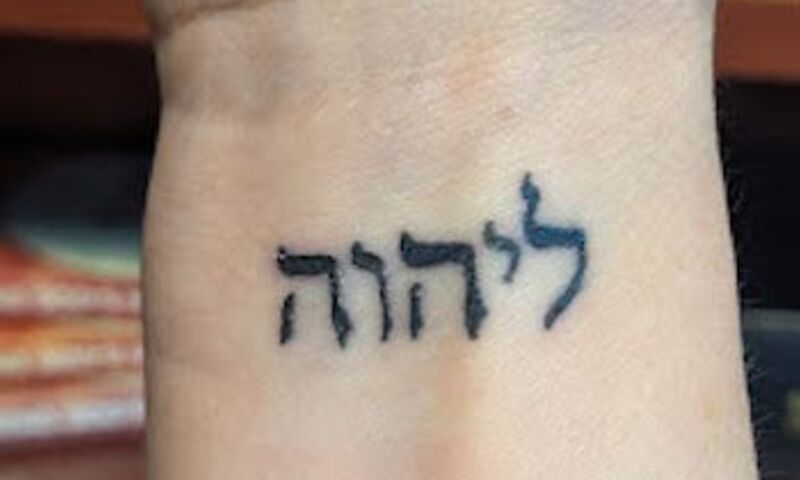 If you're just joining the conversation, you'll want to read the first two posts in the series first (Part 1 and Part 2). In those posts I address the important questions of the role of Old Testament law for Christians and the purpose of the law in Leviticus that prohibits tattoos.

I've argued that Old Testament law is still relevant for followers of Jesus but that we need to do the careful work of discerning the purpose of a law in order to see how it can and should inform our lives today. Now we've come to the practical question: can I get a tattoo?

That all depends. The next step is to consider what tattoos in general communicate in your context and what the tattoo you want to get communicates. I began this series by talking about how my grandparents frowned on tattoos. Were they wrong? Not necessarily. In their generational and cultural context, a tattoo carried an ethos of rebellion and disrespect. In many cultures or contexts around the world today that may still be the case. Some jobs prohibit them. In some cases, a tattoo will close doors or shut down conversations. In other cases, a tattoo facilitates connections with others.

The operative question, then, is what will a tattoo communicate to those with whom I come in contact? Will it open up conversations? Or will it shut them down? Will a tattoo get in the way of my obedience to God's calling on my life? Will it interfere with ministry or relationships?

Tattoos are very common where I live in Southern California. For that matter, they're very common in rural Alberta and in Portland, too. That makes them not particularly edgy or rebellious, even in church or academic settings. At least three of my colleagues down the hall in Biola's Bible department have tattoos. Your setting might be different.

If you discern that a tattoo is not problematic in your context, then it's time to ask the more specific question: what does this particular tattoo communicate? Obviously you want to choose something that you will not tire of seeing. Tattoos are permanent! But beyond that, the most important question is whether your tattoo will conflict with your Christian testimony. Will it send mixed messages? Will it distract from your identity as a follower of Jesus? If so, then I would advise you not to get it because it falls into the same category as bodily disfigurement in Leviticus 19:28 that I discussed in the previous post.I first had the idea of getting a tattoo while I was working on my doctoral dissertation. I was writing about Israel's "invisible tattoo" to which the Name Command pointed: "You shall not bear the name of YHWH your God in vain" (my translation of Exodus 20:7 from Hebrew). My study of this passage convinced me that it does not prohibit speaking the divine name, but rather that it draws on a wider biblical concept of God's claim on the covenant people. YHWH's name was attached to them via the priestly blessing (Num. 6:27). Their behavior ought to reflect the one to whom they belonged. As I explained earlier, the apostles taught that through faith in Jesus the Messiah, believers are grafted in to that same covenant (Rom 9-11; 1 Pet. 2:9-10). Peter speaks of our identity in terms of name-bearing (1 Pet. 4:16). I thought it would be meaningful to make the invisible visible--a permanent reminder of my Christian vocation. Deuteronomy 7:6 reads,

For a holy people you are, belonging to YHWH [‎ליהוה] your God. YHWH your God has chosen you out of all the peoples on the face of the earth to be his people, his treasured possession.

The underlined text here matches what it says on the high priest's forehead medallion. The high priest literally bears God's name as he goes about his priestly duties. His life is dedicated to God's service.

Later in Scripture, Isaiah speaks of a future day when God would pour out his Spirit with the result that the people of Israel would again be eager to identify as covenant members:

Some will say, 'I belong to the LORD' [‎ליהוה]; others will call themselves by the name of Jacob; still others will write on their hand, 'The LORD's' [‎ליהוה], and will take the name Israel. (Isa. 44:5 NIV)

Both of these underlined phrases mirror what is written on the forehead of the high priest. They also bring to mind the righteous in Revelation 7 who are marked with God's "seal." Revelation 14:1 specifies that God's name was written on their foreheads. Seals with writing on them nearly always included the owner's personal name with "L" attached to the front of it indicating that the seal belongs to the person by that name. The most natural way to understand the seal on the foreheads of the righteous in Revelation is to suppose that it says LYHWH [‎ליהוה]. These people are the counterparts to those designated with the mark of the beast.

Here's how I see it: every human being throughout history bears the name of the one to whom they offer their allegiance. In John's vision in Revelation, the invisible becomes visible. Our allegiances become obvious.In the new creation, I'll have a tattoo on my forehead. Until then, I'm declaring my allegiance to YHWH by writing his name on my hand, in the spirit of Isaiah's prophecy. During my recent trip to Israel, I made an appointment at the world's oldest tattoo shop, Razzouk Tattoo, where Nizar Razzouk marked me as one "belonging to YHWH." Nizar is the 28th generation in his family to make a living by tattooing Christian pilgrims, which tells me that this is a very old practice indeed. For 700 years, Christians have wanted to permanently mark their allegiance to God in this way.

Believe me when I say that I'm not trying to become "the tattoo lady." I'm still very cautious about permanent body markings. However, I hope that this series has helped to model the kinds of questions we should be asking of the biblical text as well as ourselves. The point is not to "get around" a biblical prohibition, but to understand why it matters to God so that we can respond faithfully. I pray that I have done so, and that these reflections have helped you to think well about how you can do so, too.

If this series has piqued your curiosity about the biblical concept of bearing God's name, you can read further in my accessible book, Bearing God's Name: Why Sinai Still Matters (IVP), or in my more technical published dissertation, Bearing YHWH's Name at Sinai: A Reexamination of the Name Command of the Decalogue (Eisenbrauns). For a complete list of podcasts where I've talked about these concepts, click here.