Are Tattoos OK for Christians? (Part 2) 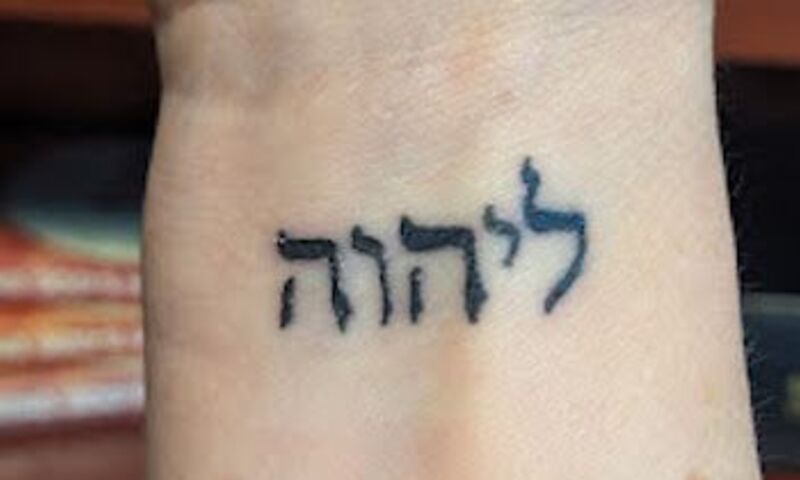 I knew this would be a controversial topic. Already the debates are breaking out on social media over the first post in the series, where I consider the Christian's relationship with law in the Hebrew Scriptures. For some, Leviticus 19:28 provides the definitive answer: NO to tattoos. Others' concern with tattoos arise from their desire to avoid worldliness.

In order for us to do this topic justice, we need to consider the purpose of the law given to ancient Israel. I tell my students every semester that the key to faithful biblical interpretation is to read each passage in its historical, literary, and theological context. Imagine that these are the three legs of a stool. If one is missing, the stool falls over! Paying attention to each of these dimensions can help us discern the purpose of the law without distorting its message.

I recall a story about a woman baking ham. She had grown up watching her mother slice both ends off the ham before baking it. She wasn't sure why, but she figured "mother knows best," so she continued the practice when she had a home of her own. One day she got curious and asked her mom the purpose of slicing off the ends. Her mom looked surprised: "Our pan wasn't long enough!" Tradition on its own is not a good reason to do things. When we don't understand the purpose, we run the risk of missing the point altogether.

It's not always possible to know the purpose behind a law in the Bible. But it's worth asking the question. In the case of the tattoo law, we have a clue right in the text itself.

Do not cut your bodies for the dead or put tattoo marks on yourselves. I am the LORD. (Lev. 19:28 NIV)

Historically speaking, it seems that the Israelites were tempted by surrounding cultures to disfigure themselves either to commemorate or maintain connection with the dead. Roy Gane explains that

"Lacerating oneself in mourning was a heightened expression of sorrow (Jer. 16:6, 41:5). In the Ugaritic Myth of Baal, when the chief god 'Ilu (El) learns that Ba'lu (Baal) is dead, he goes into paroxysms of grief that emphasize the magnitude of the catastrophe" (Zondervan Illustrated Bible Backgrounds Commentary I:315). El slices his skin with stones and razors, pours dirt and dust on himself, and wears unique clothing.

Were tattoos also associated with these distraught mourning practices? It's possible.

You are the children of the LORD your God. Do not cut yourselves or shave the front of your heads for the dead, for you are a people holy to the LORD your God. Out of all the peoples on the face of the earth, the LORD has chosen you to be his treasured possession. (Deut. 14:1-2 NIV)

Deuteronomy sheds light on the purpose of this law by explaining the motivation for obedience. Somehow, this bodily disfigurement was inconsistent with Israel's identity as the people belonging to God, YHWH's treasured possession. Some scholars think that Moses' farewell sermon in Deuteronomy 12-26 is modeled after the Ten Commandments by expanding on each one in order. If they are right, then the law against bodily disfigurement appears in the section of Deuteronomy that expands upon the Name Command (Exodus 20:7), that is, the command not to bear God's name in vain. Are you starting to see the connection?

Literally, the command appears in a chapter that covers every conceivable domain of Israelite life in order to illustrate how holiness might be expressed. The refrain is "Be holy, because I, YAHWEH your God, am holy." The point is to express the character of God in our interactions with others.

One thing we do know from the ancient context is that tattoos were used to mark slaves, either privately owned or those who served in temples. When we consider the background to the Sinai instructions, the bigger purpose becomes clearer. YHWH had rescued the Israelites from slavery to Pharaoh so that they could serve him instead. In that context, a tattoo would conflict with YHWH's claim on them and their purpose to represent him to the nations.

Theologically, this connects with the wider theme of bearing God's name, which I've written about elsewhere. In a nutshell, God's claim on Israel was like an invisible tattoo. He placed his name on them via the priestly blessing (Numbers 6:27) so that they would serve him as a kingdom of priests (Exodus 19:4-6). They were not to carry that name in vain by living like pagans (Exodus 20:7). The high priest wore a gold medallion on his forehead that announced he was "holy, belonging to YHWH" (Exodus 28:36) and the seals of the 12 tribes on his chest, which he carried before the Lord (Exodus 28:29). His uniform enabled him to represent every Israelite.

Can you see now why in that context a tattoo might obscure their God-given identity and vocation? To disfigure their bodies for the dead or tattoo themselves to indicate allegiance to another master could compromise their testimony.

This background sets us up to consider the third relevant question: what does a modern tattoo communicate? We'll tackle that question in Part 3 of this series.