Are Tattoos OK for Christians? (Part 1) 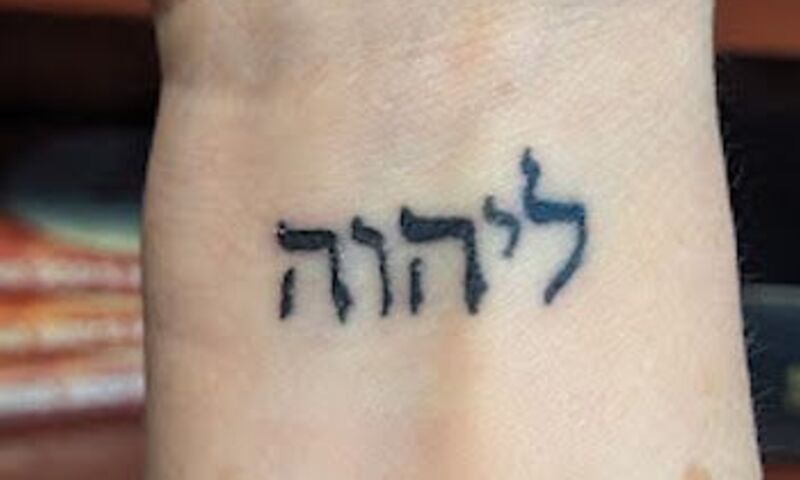 The world's oldest tattoo shop is situated in the Christian Quarter of the Old City in Jerusalem. That in itself may come as a surprise to those who – like me – grew up in Christian communities that frowned on tattoos. It's not your average tattoo parlor. For 28 generations (since 1300 A.D.), the Razzouk family has been tattooing Christian pilgrims, first in Egypt and now in Israel. The shop is filled with Christian symbols – the Jerusalem cross, the crucifix, Mary, St. George and the Dragon, the crown of Christ's victory, the dove of the Holy Spirit and many others.

Growing up, I don't remember seeing tattoos on any of the Christians in my community. My grandparents and parents were so firmly against the idea that the topic never even came up in our home. It was simply obvious that Christians shouldn't get tattoos because it directly contradicted Scripture. The Old Testament book of Leviticus clearly says, "Do not cut your bodies for the dead or put tattoo marks on yourselves. I am the LORD." (Lev. 19:28 NIV) For many Christians, that ends the discussion.

But since childhood I've met many Christian friends with tattoos that did not predate their conversion. Were my grandparents wrong about this? Are tattoos actually ok for Christians? Or are these Christians disobeying Scripture?

This is a complex question that requires us to carefully think through several related issues.

To answer that question, we must consider a few things: (1) the role of Old Testament law for followers of Jesus the Messiah, (2) the purpose of this particular law in Leviticus and (3) what a modern-day tattoo communicates. I'll talk about each of these in a separate blog post.

The Role of Old Testament Law for Christians

Christians take a variety of positions on this issue. On one end of the spectrum are those who say that all the laws have been set aside in Christ. We'll call this view the anti-law group. On the other extreme are those who say that Christians need to obey all of them. We'll call this the pro-law group. Most Christians fall somewhere in the middle, seeing ongoing validity to some laws but not all of them. Deciding which ones still apply – and how – is the tricky part.

In Matt. 5:17-20, Jesus insists that his purpose was not to do away with the Torah or the Prophets but to bring them to their fulfillment. He says "until heaven and earth disappear, not the smallest letter, not the least stroke of a pen, will by any means disappear from the Torah until everything is accomplished" (v. 18; modified NIV). It's obvious why those in the pro-law group would gravitate toward this passage. In fact, Jesus insists that "anyone who sets aside one of the least of these commands and teaches others accordingly will be called least in the kingdom of heaven!" (v. 19)

This is one reason I wrote a book with the subtitle Why Sinai Still Matters. I don't think that Christians can ignore the commands of the Old Testament. However, it's not as simple as following all of them. Many of the commands can no longer be kept because the temple was destroyed in 70 A.D. Laws pertaining to ritual purity and the sacrificial system are no longer relevant in the same way they used to be. Not only was the temple destroyed but Jesus claimed to replace the temple with himself (John 2:19-22; Matt. 12:6). The apostles spoke of believers in Jesus as being built into a new temple (e.g. 1 Pet. 2:4-8; 2 Cor. 6:16). That tells me that we no longer need to observe the laws pertaining to temple purity in the same ways that Israel did. However, we can see that Paul still felt they were instructive for believers. He tells the Corinthians that their role as the temple of the Spirit necessitated their separation from worldliness (2 Cor. 6:17). These laws still teach us about holiness and help us understand Jesus' relationship with purity, and they instruct us by analogy to ways of honoring God.

The purpose of some of the other laws (e.g., kosher diet and circumcision) was to separate between Jews as God's covenant people, and non-Jews. What we eat marks us as a community and either prevents or allows our fellowship with other people. I'm writing this post from the JFK airport in New York, where I've just come from a week in Israel. I saw firsthand how carefully Jewish communities still keep kosher food laws. Jewish passengers on my flight had different meals and scrutinized even the fruit juices to see if they were ok to drink.

In Acts 15, leaders of the early church met together to determine how to handle Gentiles who wanted to follow Jesus, the Jewish Messiah. They prayerfully decided that Gentiles could follow Jesus as Gentiles. They did not have to first convert to Judaism by undergoing male circumcision and keeping Kosher food laws. The basis for their decision was James' exposition of Amos 9:11-12, which explicitly refers to "all the nations that bear my name." To bear Yahweh's name was to be a covenant member. The idea that Gentiles could be covenant members seemed revolutionary, but it was right there in the Prophets!

Peter added to James' insight by noting that as he preached to Gentiles, the Spirit came upon them. Since the Spirit is a sign of covenant renewal, Peter's experience testified that God had already chosen Gentiles to belong to him. Early Jewish followers of Jesus needed to adjust their expectations of what constitutes covenant membership.

Acts 15 and 1 Pet. 2:9-10 are the reason why I believe that Christians are members of Yahweh's covenant with Israel, and why I conclude that Sinai still matters for us. In Paul's words, we have been grafted into the covenant (Rom. 9-11). That means the law is still relevant, even if aspects of it change on the other side of the cross. We cannot easily dismiss the rest of the laws of Leviticus. That brings us to our second question: what was the purpose of the law against tattoos?

As I've already noted, not all the laws apply today in the same way as in Old Testament times. That doesn't mean that we can go through the Torah with a black Sharpie, crossing out the laws that no longer apply. Every law remains useful for "teaching, rebuking, correcting and training in righteousness," as Paul tells Timothy (2 Tim. 3:16). For an extended discussion of the ongoing relevance of the law with examples, see Richard Averbeck's new book The Old Testament Law for the Life of the Church. Averbeck has spent a lifetime studying and teaching Old Testament law from a Christian perspective and his approach to the subject is very helpful.

I'll address the answer to the question of the purpose of this particular law in Part 2 of this series.