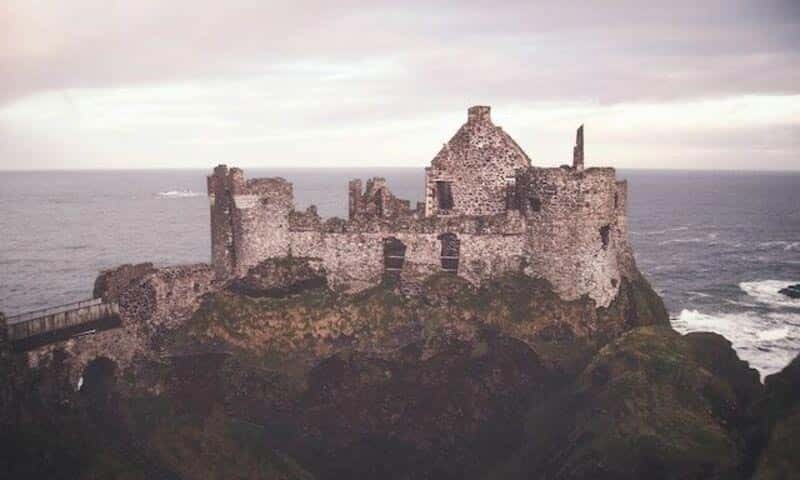 “We pray against this stronghold…” Have you ever heard someone utter this line in prayer — or have you uttered it yourself? If you have ever used this expression, what did you mean when you used it? What is a “stronghold”?

Normal usage outside of Christian circles: According to the Cambridge dictionary online, a stronghold is: “A building or position that is strongly defended” [1]. One example of a stronghold would be a fortress set on a high hill, surrounded by tall walls, guarded by hundreds of soldiers. This is the most basic meaning of “stronghold” in English.

But I presume that most people reading this blog are not interested in that definition. Let’s look at how Christians who use this term normally employ it. There are two ways I have commonly heard “stronghold” used in Christian circles.

Common Usage in Christian circles #1: In Christian circles that use this word — and not all Christians talk about “strongholds” — the first way I have heard this word used is to describe a place (a city or region) infested by a large number of demons who oppose the work of God. Underlying this usage is the assumption that a large concentration of demons are working together to blind, harass and hinder God’s kingdom work in a particular place. The Christian’s responsibility, when the word “stronghold” is used in this way, is to tear down and drive away the demonic powers in that place through prayer and proclamation of the truth.

Common Usage in Christian circles #2: In some Christian circles, however, there is a second way I have heard this word used. A “stronghold,” in this second usage, describes an area of sin in an individual’s life connected somehow to the work of a demon or demons. Thus, a person is held by a demon in a pattern of lust, jealousy or violence. This usage is sometimes accompanied by expressions describing the afflicted person as having a spirit of lust, or jealousy, or violence (which does not mean an attitude evincing such things, but being oppressed by a demon who is inciting the person to lust, jealousy, or violence). The Christian’s responsibility, in this usage, is to be delivered from this demon through personal prayer and the prayers of others who come alongside to help break the power of such a “stronghold.”

Biblical Usage: My aim today is not to critique the worldview underlying these two contemporary Christian uses of the English word “stronghold” (though I have some quibbles). I have no doubt that demons sometimes cluster in certain cities or regions more so than in others, and furthermore believe that we should pray that the Lord defeats their evil deeds. Moreover, I think that there is sometimes (though certainly not always) a spiritual-warfare component underlying besetting sins that ought to be addressed through confident and dependent prayer.

But here is the reason I wrote this post: When we use biblical language, we ought to use it the way the Bible uses it. The only reason people use the word “stronghold” is because some of our English translations render the word ὀχύρωμα 2 Corinthians 10:4 as “stronghold.” (Others translate it as “fortress”.) Thus, our use of the word “stronghold” suggests that the person using the word has a biblical basis for whatever he or she is asserting.

The two Christian uses mentioned above may have some biblical basis via other more general passages, but the only biblical passage that uses the language of “stronghold” does not define a stronghold in either of the two ways listed above. Here is the passage:

For the weapons of our warfare are not of the flesh but have divine power to destroy strongholds. We destroy arguments and every lofty opinion raised against the knowledge of God, and take every thought captive to obey Christ (2 Corinthians 10:4-5).

Firstly, please note that in Greek this is one sentence, not two. In the Greek New Testament, sentences tend to be longer than normal English style allows, so translators (rightly) divide long Greek sentences into shorter English sentences. In Greek, the grammar looks a little more like this:

For the weapons of our warfare are not of the flesh but have divine power to destroy strongholds, destroying (καθαιροῦντες) arguments and every lofty opinion raised against the knowledge of God, and taking captive (αἰχμαλωτίζοντες) every thought to obey Christ.

Even in the two-sentence construction, what I’m about to argue is still clear, but it is even clearer when reading it in Greek.

So, what is a stronghold, according to 2 Corinthians 10:4-5—the only passage in Scripture that uses the expression?

Strongholds are not clusters of demons or besetting sins somehow connected to demons. Strongholds relate to our thoughts, opinions and allegiances. Such strongholds can and should be addressed by meditating upon the truth (as revealed by God in Scripture), declaring such truth, and tearing down the faulty arguments raised against the truth that hinder people from believing the truth.

This is not a blog post against spiritual warfare. Demons are real. There really are evil angels opposing God and his work. Spiritual warfare is also real. Evil angels (demons) attack God’s people through temptation, harassment and trying to hinder the work of the gospel. We do need to stand against the work of the Evil One (and his underling demons) through prayer, Scripture, holy living, and declaring what is true.

But today’s post is a plea for Christians to use biblical terms in biblical ways. Otherwise, the words we employ may illegitimately accrue a sense of biblical authority, even though our usage of those words may be different from the original meaning of biblical words in their biblical contexts.

Simply put: Let’s seek to use biblical words in biblical ways. That includes the word “stronghold.”