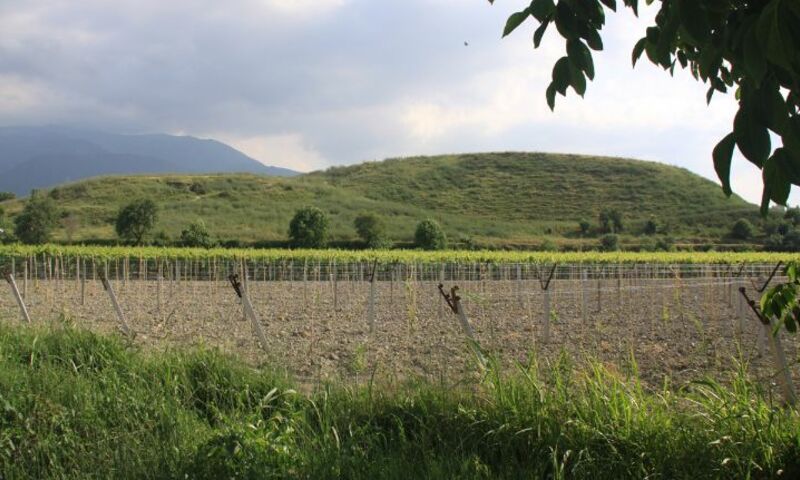 At long last, the ancient city of Colossae will soon be excavated! Excavation will begin this year — nearly 200 years since the ancient site of Colossae was identified. The work will be carried out under the direction of Dr. Barış Yener of Pamukkale University (Turkey).

Preliminary work began in 2021 with an extensive survey of the entire 500-acre site and the bi-conical mound in the center of the city. The team used some of the latest technology including photogrammetric mapping, which will enable conversion into 2D and 3D models. They also scanned the site using ground-penetrating radar to identify buried buildings and structures. Dr. Yener will be presenting some of the results of this survey in an upcoming webinar.

The ancient city of Colossae was located along an important trade route about 120 miles due to E of Ephesus (coordinates: 37°47'20.8"N 29°15'37.8"E). You can easily see the site by entering these coordinates into Google Maps. Colossae was only 8 miles SE of Laodicea and 10 miles SSE from Hierapolis. The city was situated in the southwestern portion of the territory of Phrygia, which became part of the Roman province of Asia in the second century BC. The highest peak of Asia Minor’s Aegean region, Mount Cadmus (8200 feet in elevation), overlooks Colossae a short distance to the south.

For Christians, Colossae holds great importance because the Apostle Paul wrote a letter to believers in this city. That letter was included among the 27 documents that make up the New Testament portion of our Scriptures. It is likely, also, that the letter to Philemon was written at roughly the same time to a believer living in or near Colossae. Paul wrote the letter to intercede on behalf of the recently converted slave, Onesimus, with the goal of reconciling him with his master, Philemon.

Prior to the Roman era, Colossae was an important city with evidence of settlement stretching back as early as the late Chalcolithic age (4000-3300 BC). Herodotus describes it as “a great city in Phrygia” in 480 BC when Xerxes and his Persian army passed through the city on their way to the famous battle of Thermopylae (Herodotus, Persian Wars 7.30).

By the time we reach the first century AD, Colossae became overshadowed by the nearby cities of Laodicea and Hierapolis. Although a major earthquake devastated the region in the early 60s, it appears that Colossae rebuilt and prospered for many years. A famous church dedicated to Michael the Archangel was built in the vicinity of Colossae in the fourth century AD. Colossae continued to be an inhabited city through much of the Byzantine era but was deserted by AD 800 with much of the population relocating to the village of Honaz — 2.5 miles to the south on the slope of Mt. Cadmus.

Extensive archeological work has already been undertaken in Hierapolis and Laodicea. Hierapolis is a picturesque site with white travertine cascades along the edge of a plateau. These snow-white deposits resulted in its current Turkish name, Pamukkale (“cotton castle”). One other unique feature of the city was an enormous necropolis (cemetery) that extends over the span of 1 1/4 mile to the north of the city with over 1000 surviving tombs. There was an opening in the ground near the Apollo temple that was thought to be an entrance to the underworld (a Plutonium). In 1988, Hierapolis was designated as a UNESCO World Heritage Site.

Extensive excavation began at Laodicea in 2003 under the direction of Celal Şimşek of Pamukkale University. In addition to the discovery of numerous structures typical of a Roman city — including two theaters, a stadium, two nymphaeum, a central agora, two bath complexes, and more — seven different church structures from the post-apostolic period have been found. The Turkish archeologists under the leadership of Professor Şimşek must be commended for the careful reconstruction, restoration and preservation work that they have carried out.

Watch the Good Book Blog for further updates about the excavation of Colossae.

Join us for a webinar about the recent site surveys and the implications of the future excavation for interpreting the New Testament letter of Colossians. The webinar will be held on Sunday, February 27 at 7 a.m. PST (6 p.m. in Turkey) and is sponsored by Tutku Tours.

Here are the details on how to join this webinar: