“Paid in Full”? The Meaning of τετέλεσται (Tetelestai) in Jesus’ Final Words 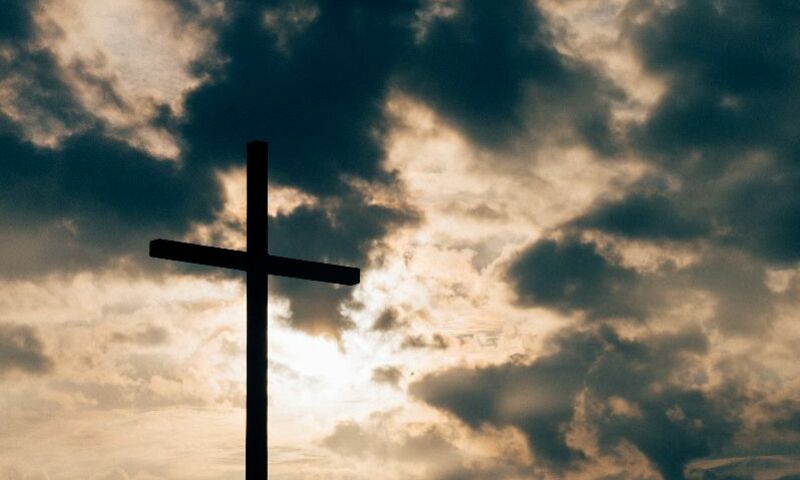 There are a lot of interesting claims about historical background to the New Testament that float around, especially on social media. I tell my students that they need to find actual ancient sources that verify such claims, because there are so many of these supposed historical background facts that are just made up by modern people. One of the most famous examples is the claim that there was a gate in Jerusalem called “the Eye of the Needle,” and that must have been what Jesus was talking about when he talked about “a camel going through the eye of a needle.” It’s just not true — there is no ancient evidence of any such gate.

There is another one that circulates every Easter. Jesus’ last word from the cross is τετέλεσται (tetelestai), “It is finished” (John 19:30). Pretty much all Bibles translate it that way or something pretty similar. The word is a form of τελέω (teleō), “to finish.” But some people claim that τετέλεσται was often written on ancient receipts or debts with the meaning “paid in full,” or “the debt is finished.” So, if that is the case, then Jesus cried out “paid in full,” referring to the debt of sin that is owed to God, now paid off by the cross.

There actually was some evidence for this claim at one time, based on ancient papyri receipts from Egypt. A set of these receipts, transcribed into readable Greek text with translation, was first published in 1896. From there, the idea that it should influence how we understand Jesus’ final cry showed up first in an important Greek reference in 1915 (Moulton and Milligan, The Vocabulary of the Greek Testament), and then in many pulpits. A few early 20th century commentaries promoted the idea, although most commentaries reject it or don’t even discuss it.

Since I am writing a commentary on John, I thought it would be worthwhile to look at all the papyri on which this claim was based, about 40 tariff (import/export) receipts found in Arsinoites, a region in Egypt. They are all available online as high-quality photographs (here's an example) with transcriptions (typed-out Greek), and some of them are translated into English or German.

It turns out that all of these receipts have the abbreviation τετελ (tetel), not a complete word. Here’s the problem: there are at least five different Greek words that could begin with the letters τετελ. One of those words is τετελώνηται (tetelōnētai), “taxed” or “paid as taxes,” which makes much more sense, since all 40 receipts were receipts for taxes (collected by τελώναι, tax-collectors) paid on cargo that passed through various gates and ports in Arsinoites. A typical example is “tax paid (τετελ) of 1% and 2% through the gate of Soknopaiou Nesos, by Nepheros, exporting two artabas of dates on one donkey.”

In fact, starting in 1934, publishers of papyri decided τετελ was an abbreviation of τετελώνηται, and the official papyri databases now regard this as the correct abbreviation. That means, of course, that the word used on these receipts (τετελώνηται) is not at all the same word used in John 19:30 (τετέλεσται), and Jesus’ cry would not have been understood as a reference to paid-off debt.

Just to be sure, I also looked at many actual receipts for purchases or paid-off debts. None used the abbreviation τετελ or the word τετέλεσται. The purported meaning “paid in full” for τετέλεσται is not found in any other ancient Greek sources (literary works, papyri or inscriptions). When τετέλεσται is used in these documents, it describes finishing all kinds of things: construction, sculpting, farm work, business arrangements, sewing linens, or even just the list of things to get done in a day. No one thinks Jesus was crying out “sewing linens is finished!”

Now, it is true that τελέω (teleō) in other forms can on rare occasions mean “to pay,” primarily in the context of paying taxes (Matt 17:24, Rom 13:6). But the claim that this particular form of the word, τετέλεσται, was used on receipts to indicate debts “paid in full” is certainly not true. And τελέω only seems to mean “pay” when it is connected with “tax” (φόρος) or similar words.

So what does τετέλεσται mean in John 19:30? In John, we have been expecting that Jesus will finish the task that the Father has given him (John 4:34, 5:36, 17:4). (These passages use the closely related word τελειόω, while John 19:30 uses τελέω; both words mean “finish”). Part of Jesus’ task that he finished was bringing his message to people like the Samaritan woman (John 4:34). His miracles were also some of the work that he completed (5:36). Clearly the most important finished task was Jesus going to the cross, “lifted up, so that everyone who believes in him will have eternal life” (John 3:14-15).

It also seems likely that by “It is finished,” Jesus meant that Scripture was fulfilled. Notice the wording in John 19:28-30: “Jesus, knowing that all things were completed [τετέλεσται, a form of τελέω], that the Scripture might be fulfilled [τελειωθῇ, a form of τελειόω], said, “I am thirsty”… then when he had taken the sour wine, he said, “It is finished” [τετέλεσται].” This view, that Jesus was proclaiming the fulfillment of Scripture, was held by the fifth-century bishop Leo the Great as well as by the reformer Martin Luther, among others. Both interpreters saw a double meaning in the passage: Jesus’ work was completed, and Scripture was fulfilled.

This interpretation, that it was Jesus’ work as well as the promises of Scripture that were “finished,” continues to be found in almost all modern commentaries. It fits well in the context of the Gospel of John, relies on solid evidence for the meaning of τελέω, and has been a common interpretation since the early church. “Paid in full,” while an attractive and harmless suggestion, is based on a misreading of evidence, doesn’t fit the context well, and was never suggested before the 20th century.