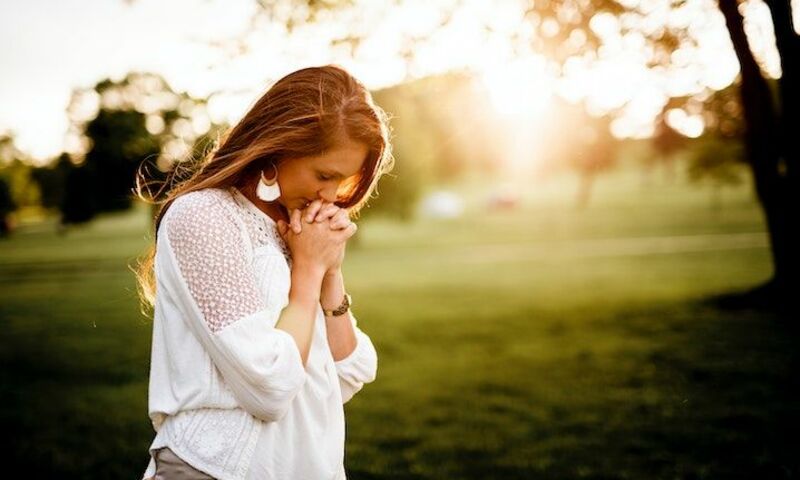 Are you a “prayer worrier” or a “prayer warrior”? What’s the difference?

prayer worriers only pray about things that they’re worried about. The only items that some people pray about are the matters that make them anxious. A person who only prays about their worries is a classic prayer worrier.

Prayer warriors, in contrast, battle in prayer for the things that God wants them to pray about. They strive to pray in accordance with the will of God about whatever matters God clearly cares about, that manifest his glory, and that extend his kingdom work in the world.

One way of clarifying the difference between the two kinds of pray-ers is by asking: Who sets the prayer agenda in each case?

If you’re a prayer worrier, then you set the agenda. The content of your prayers is both determined and driven by your personal anxieties and fears.

If you’re a prayer warrior, in contrast, God sets the agenda. You relentlessly seek to be guided into prayer by whatever agendas you discover in God’s Word. Furthermore, you strive to ascertain how to pray more specifically by being sensitive to the guidance of the Holy Spirit.

The answer to this question is an emphatic yes. Prayer warriors try to follow Jesus’ instructions to not worry about tomorrow or be anxious about what they will eat, drink or wear. Instead, they strive to seek first God’s kingdom and trust that every necessary thing will be added to them (Matt. 6:25-34). Moreover, prayer warriors take the words of the Apostle Paul to heart when he instructs Christians that in the face of anxiety: “in everything by prayer and supplication with thanksgiving let your requests be made known to God” (Phil. 4:6).

But here is the difference about how each prays about their worries. Prayer warriors take their worries to the Lord, confess them to the Lord and leave those worries with the Lord. Then, they spend at least a portion of their prayer time praying about other things that are not among their constellation of worries.

In contrast, prayer worriers keep mulling over their worries even as they voice “prayers’’ — which are often little better than a verbalization of what they worry about using a prayer format. They don’t trust that God is able or willing to answer their cries for help, and never move on to pray about matters that are outside of their worry-set.

Prayer warriors still may have to repeatedly bring their worries to the Lord, whenever such worries arise in their minds. But they pray about their worries from a posture of trust that God can and in his time will act in answer to their prayers.

So, which are you? Or, at least, which side do you tend toward? Are you more of a prayer worrier or a prayer warrior?

What if you find yourself more in the category of Prayer worrier? What can you do to move from worrying in prayer to more consistently battling for God’s will in prayer?

Acknowledge that you have a propensity to worry. This is the first step. Next, talk openly to God about your tendencies, confessing any worry-praying you have identified that you think may not please him. Ask him to forgive you for your predisposition to permit worry to overcome your prayer times. (Side note: A single prayer time may not resolve all of this for you any more than it does for me; this will very likely take time.) Next, begin asking God what he wants you to pray about. Make sure that you set aside some time each day not just to pray about things that you’re worried about, but to pray about matters that you believe will extend God’s kingdom-building agenda in the world.

Remember that changing from a prayer worrier into a prayer warrior does not happen without intentionality and conscious dependence upon God. This is probably because worry is addictive.