Gender Matters: Part 7 — OK, But I Have A Question… 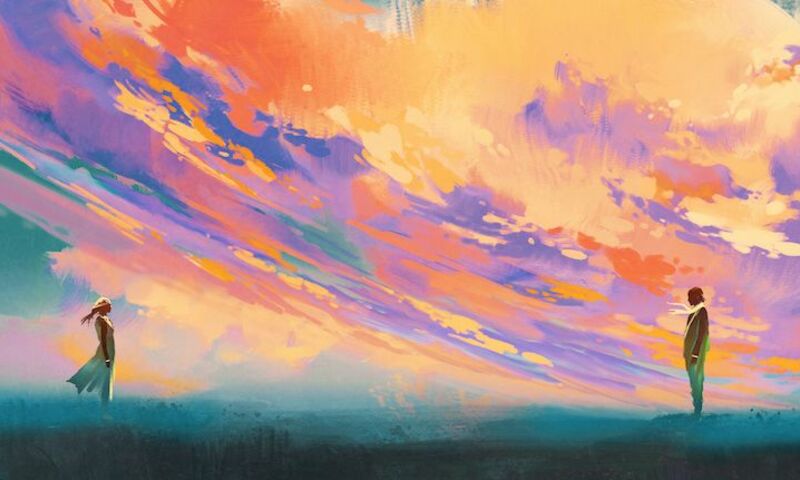 The following is the seventh post in a series of eight posts exploring the beauty of gender from a biblical perspective. Read the first post, The Beautiful Difference. Read the second post, The Body of Gender. Read the third post, The Great Invitation. Read the fourth post, Authority that Submits. Read the fifth post, Submission from Authority. Read the sixth post, More on the Church as Family, Please!.

Every teacher’s delight and the mark of really engaging the material: student questions. For a topic like gender there are tons of FAQs. We’ll look at four here.

Isn’t this just an appeal for “traditional” gender roles? Aren’t women beyond that in modern society?

Good, important question, but one that depends also upon what we mean by “traditional.” If we’re talking about women’s roles prior to the era of second wave feminism (1960–) that had women confined to the home, and all pathways to education, service, work and society’s institutions were either non-existent or dominated by men, then no, we are not appealing for this as the Bible’s mind on gender. As we saw in parts one and two, that mind is one of gender differences having meaning for enhancing relationships, but without compromising equality. Parts four and five talked about the way the unique behaviors of both men and women are embedded within the larger biblical narrative of union, interdependence and collaboration. So, while the Bible is clear that Eve’s name and body, among other things, shows women are men’s allies in birthing and nurturing children, it doesn’t mean the home is the limit of that important calling either [1]. The noble woman (Heb. ishsha khayil) of Proverbs 31 should be easy proof for that.

However, the answer of modern society fails with the Bible’s mind, too. For that is an answer that in the name of equal opportunity levels gender differences into a sameness-equality over the differentiated equality of the Bible. It is an answer that presses a reductionistic, anti-essentialist ideology with male and female differences confined to reproduction [2]. Its response to the male-dominated world it came from was to vilify men, aggressively promote all means of women’s independence from birthing and nurturing life (e.g., abortion), and, in the extreme, to scorn mothering and “domesticity” as “anti-woman” [3].

So, to finally answer the question: Scripture’s mind of equality and difference is above both certain “traditional” gender roles and the answers of modern society for women. And modern women seem to agree: 1) The decline of the famous “happiness index” for women since 1972 runs counter to the plight-resolution narrative of modern feminism [4], and 2) Women who are part of marriages described as equal partnership where the husband is the “head” report higher levels of appreciation, affection, understanding, time spent together and other positive effects [5].

What about business, education and government? Are you saying only men can have positions of authority?

Listening closely to Scripture means we seek to say no less than Scripture says, but also no more. And Scripture is clear only about applications of the Beautiful Difference to the kinship family of the home and the spiritual family of the church. Ordering oneself under women professors, bosses, or presidents is the same as ordering oneself under men in those positions. But wouldn’t logical consistency not require a “spillover” of biblical family and church dynamics into larger society? Sam Andreades helps us here, I think. In his book, EnGendered, he offers this maxim: The more intimate the relationship, the more gender differentiation matters for flourishing. As the relationships of education, business and politics are more “distant” than family ones, the leading issues in those spheres are skill, experience, competence and education [6]. And women can have those things in loads — the same as and even more than men in many cases!

Unfortunately, domestic abuse is a “spillover” in a different direction. Namely, as a sinful corruption of God’s good design [7]. And while sin’s chaos infects all of the God-ordained orders we discussed in Part 5, when it corrupts the most intimate relationship of all, its power for destruction and pain is magnified. There is no denying that domestic abuse of women is an enormous social problem [8] that involves variables ranging from the personal psychological profile of male abusers, childhood history with violence, church attendance [9], and the perverted notions entailed in patriarchal social narratives [10].There is no denying that the Beautiful Difference of biblical gender behaviors can be abused in this direction, too, the same way that the Beautiful Equality narrative can be abused in its unique ways [11]. But it’s a fallacy to fault any view for the way it can be abused. In Andreades’ book, Steven Tracy’s thorough study of the issue wisely calls for both sides in the gender conversation to unite on this problem from their different perspectives [12].

So there are some things women can’t do in church?

The short answer here would be that if gender differences work in the spiritual family of the church like they do in the kinship family, then there’s only one thing women can’t do: that is, they can’t be men. The same limits go for men, too, by the way — they can’t be women. This is not to be flippant, but only to highlight that gender is a function of embodied persons in a relationship, and, therefore, it is always part of who we are wherever we go. This includes how we think about the so-called salient, spiritual identities the Bible calls for us in the Body of Christ, like being in Christ, being God’s children, being the image of God, and being a new creation. All of these identities are “core” to believers, but they are always “refracted” to the world through our embodied persona. So, while Mark Saucy is in Christ as his primary or salient identity, that identity is present to the world through his male body and the distinctions (quirks?!) of the person of his spirit. Same for gifts of the Spirit. The Spirit gives gifts of leadership and teaching to women, I’m sure of it, but they appear in the body of Christ refracted through the female bodies of the church’s spiritual mothers. As we noted in part six, the leadership and teaching of spiritual fathers in the church is embodied in the office of the elder/bishop/pastor. They are the ones charged with ultimate responsibility for the church's Gospel-faithfulness. To answer simply: Women cannot be elders because they cannot be spiritual fathers.

Part eight of the series will be posted next week.

[3] For more on the “waves” of feminism, see Rebekah Merkle, Eve in Exile and the Restoration of Femininity (Moscow, ID: Canonpress, 2016), 37–94, and Sharon James, God’s Design for Women (Durham, UK: EP Books, 2019), 31–50. The Bible has no use for disparagement of mothering and nurturing life, which is only and everywhere praised and honored.

[5] Andreades, enGendered, 152–153, 171–172. Steven Tracy reports about a “recent survey of 5,000 American couples revealed that women's marital happiness is most strongly correlated with the husband's emotional engagement as well as the husband being the primary breadwinner, and equity in the division of housework (W. Bradford Wilcox and Steven L. Nock, "'What’s Love Got to Do with It?' Equality, Equity, Commitment and Women's Marital Quality," Social Forces 84 [2006]: 1321-46), in Steven R. Tracy, “What Does “Submit in Everything” Really Mean? The Nature and Scope Marital Submission?” TrinJ 29NS (2008), 296, n. 56.

[7] A corruption, which, by most commentators, is predicted in Gen 3:16 in the “rule” of women by men. The issue there is self-centered patriarchy, not other-serving patricentrism of God’s creation. See the difference in Daniel I. Block, “Marriage and Family in Ancient Israel, in Marriage and Family in the Biblical World, ed. Ken M. Campbell [Downers Grove, IL: IVP, 2003], 40–44).

[8] Statistics are consistently in the range of 22-33% of women experiencing physical abuse from an intimate partner.

[10] See Tracy’s “Patriarchy and Domestic Violence,” (n. 9 above) for discussion of the factors in domestic abuse.

[11] Leveling of gender distinctions travels a pathway that also gets abused by homosexuality, gender relativism, and transgenderism, but it would be wrong to say such effects are required by it (Ronald W. Pierce, “Biblical Equality and Same-Sex Marriage,” in Discovering Biblical Equality [Downers Grove, IL: IVP, 2021], 489–509).

[12] Tracy calls complementarians to: (1) be more aggressive in addressing the issue; (2) acknowledge the legitimacy of feminist research into male abuse throughout history; and (3) be careful to delineate the nature of headship and submission in the biblical narrative. He challenges egalitarians to: (1) be more nuanced than feminists who ascribe all abuse to “patriarchy”; (2) avoid painting all complementarians with the same “abusers” brush; and (3) find ways to work together with complementarians on this issue (Tracy, “Patriarchy and Domestic Violence,” 590–593).