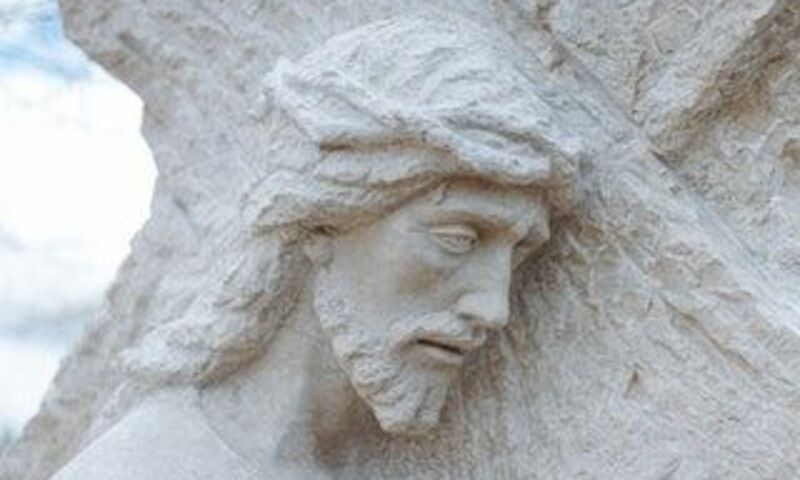 Your ministry has been a real source of encouragement to me and has helped me ground my faith in intellectually satisfying ways. I frequently find myself addressing friends' objections to Christianity using the arguments you've developed. Unfortunately I was recently stumped by something a colleague asked me. My colleague — who has suffered quite a bit in his life — told me that suffering gives his life meaning. In his view suffering provides the contrast we need to really enjoy the good things in life.

I responded that in my view as a Christian suffering was never God's ideal for humanity. However the Bible promises that all suffering will ultimately be redeemed. I also offered that Christ's death is an example of God's willingness to partake in our suffering - the ultimate demonstration of empathy.My friend did not agree with this, pointing out an apparent logical inconsistency: If all things hold together in God — and God is omniscient — how could he have contributed meaningfully to his body of knowledge by personally dying on the cross?

In other words does Christ dying on the cross show empathy at all? Shouldn't God already know what it feels like to suffer in this way - God is the source of all things and omniscient after all.

I am ashamed to admit that I did not have an answer for my dear friend and I am hoping you can help steer me in the right direction. How can an omniscient God experience something for the first time? Did I mischaracterize Christ's identification with our suffering when I called it an act of empathy?

The assumption behind your friend’s objection seems to be that Christ’s experiencing the suffering of crucifixion and sin-bearing requires that God learn something new. I don’t think that’s true.

S is omniscient if and only if S knows that p and does not believe not-p.

Moreover your friend seems to assume that if God does possess non-propositional knowledge of how it feels to be himself crucified prior to the incarnation then he cannot empathize with us. This is a really strange objection! People who have themselves suffered from some illness or infirmity more easily empathize with those who suffer similarly because they know what it feels like! It would’ve been more plausible for your friend to say that because God lacks such non-propositional knowledge he cannot empathize with us. But God’s taking such suffering on himself solely for our sake shows incredible empathy on his part.

Finally let me say that your answer to your friend’s claim that “suffering gives his life meaning” because “suffering provides the contrast we need to really enjoy the good things in life” seems to go off on a tangent. Isn’t the better response to point out that this provides at best a subjective meaning to his life but not an objective meaning? On atheism his suffering is ultimately meaningless — as are the good things in life that he enjoys.

This Q & A and other resources are available on William Lane Craig’s website.