What is the Unforgiveable Sin? What is Blasphemy against the Spirit? 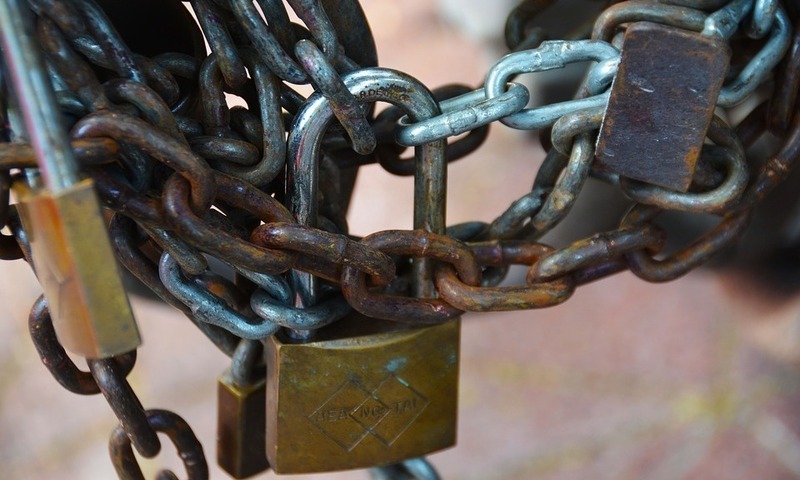 Some years ago, I counseled with a student who was paralyzed by a fear that she had committed the unforgiveable sin because of some terrible words she had uttered. Her concern came out of Matthew 12:31, “Therefore I say to you, any sin and blasphemy shall be forgiven people, but blasphemy against the Spirit shall not be forgiven.” Had she, perchance, committed the unforgiveable sin?

Let me offer a definition at the outset. Blasphemy against the Spirit—the unforgivable sin—is ongoing hardening of your heart against the Holy Spirit who is trying to lead you to repent of sin and believe in Christ. Furthermore, it is an issue of the heart that manifests in your words.

Let’s look together at the central passage in the discussion, Matthew 12:24-37. Pay attention to the words I have bolded. Notice in particular that the bolded words indicate that Jesus is addressing a fundamental state of the heart rather than merely some sinful words.

24 But when the Pharisees heard this, they said, “This man casts out demons only by Beelzebul the ruler of the demons.” 25 And knowing their thoughts Jesus said to them, “Any kingdom divided against itself is laid waste; and any city or house divided against itself will not stand. 26 If Satan casts out Satan, he is divided against himself; how then will his kingdom stand? 27 If I by Beelzebul cast out demons, by whom do your sons cast them out? For this reason they will be your judges. 28 But if I cast out demons by the Spirit of God, then the kingdom of God has come upon you. 29 Or how can anyone enter the strong man’s house and carry off his property, unless he first binds the strong man? And then he will plunder his house. 30 He who is not with Me is against Me; and he who does not gather with Me scatters. 31 Therefore I say to you, any sin and blasphemy shall be forgiven people, but blasphemy against the Spirit shall not be forgiven. 32 Whoever speaks a word against the Son of Man, it shall be forgiven him; but whoever speaks against the Holy Spirit, it shall not be forgiven him, either in this age or in the age to come. 33 Either make the tree good and its fruit good, or make the tree bad and its fruit bad; for the tree is known by its fruit. 34 You brood of vipers, how can you, being evil, speak what is good? For the mouth speaks out of that which fills the heart. 35 The good man brings out of his good treasure what is good; and the evil man brings out of his evil treasure what is evil. 36 But I tell you that every careless word that people speak, they shall give an accounting for it in the day of judgment. 37 For by your words you will be justified, and by your words you will be condemned.”

Observe especially that there are many absolutist statements in this passage and other expressions that point up the fundamental state of one’s heart in Matthew 12:24-37.

Similarly, notice the bolded words in the parallel passage in Luke 12:8-10:

8 “And I say to you, everyone who confesses Me before men, the Son of Man will confess him also before the angels of God; 9 but he who denies Me before men will be denied before the angels of God. 10 And everyone who speaks a word against the Son of Man, it will be forgiven him; but he who blasphemes against the Holy Spirit, it will not be forgiven him.”

Once again, the underlined words help us identify that the issue isn’t about a wayward, hateful or God-dishonoring word in a moment, but about the fundamental state of one’s heart before God.

Furthermore, there are clear parallels between Matthew 12:24-37 (cited above) and John the Baptist’s words to the religious leaders in Matthew 3:7-8:

7 But when he saw many of the Pharisees and Sadducees coming for baptism, he said to them, “You brood of vipers, who warned you to flee from the wrath to come? 8 Therefore bear fruit in keeping with repentance…”

Careful readers of the Bible should not only pay attention to details in immediate contexts, they need to stay attentive to ideas that have already been introduced by a biblical author. Before including Jesus’s comments about blasphemy against the Spirit and the unforgiveable sin, Matthew had already introduced the language of vipers and bearing fruit in relationship to the Pharisees through the words of John the Baptist. Matthew expected his readers to remember those words when they arrived at Matthew 12. Since Matthew 3:7-8 is about repentance (“bear fruit in keeping with repentance”), we should keep the repentance theme in mind when we try to ascertain the nature of the blasphemy against the Spirit/the unforgiveable sin in Matthew 12:33.

Moreover, a concept that Matthew would also expect you to attend to while reading through his gospel is the theme of “fruit.” He introduces this theme first in the words of John the Baptist that we just observed (3:8, also 3:10), develops it substantially when he includes Jesus’s teaching in the Sermon on the Mount (7:15-20), incorporates the same theme of fruit into the passage we’re primarily thinking about today (12:33), again into the parable of the soils (13:23), and finally in a judgment section that focuses, unsurprisingly, once more on the Pharisees’ failure to produce fruit (21:43). The point, for Matthew, is that whatever resides in people’s hearts begins to show up in how people live and speak (“fruit”).

Another worthwhile observation is that this saying of Jesus is probably intertextually connected to Numbers 15:30-31: “But the person who does anything defiantly, whether he is native or an alien, that one is blaspheming the LORD; and that person shall be cut off from among his people. Because he has despised the word of the LORD…” Craig Blomberg makes the following comment about Matthew 12:33: “Listeners steeped in the Old Testament would call to mind the laws that labeled particularly defiant sin as blasphemy and seemingly unforgivable (see esp. the sinning with a high hand of Num 15:30-31)—the flagrant, willful, and persistent rejection of God and his commands.”[1] Notice Blomberg’s connection between sinning defiantly and blaspheming, which brings us squarely into the language of Matthew 12:31. The implication is that one who has committed the unforgiveable sin is not accidently saying some particular set of words, but is willfully rejecting the Lord. Notice, furthermore, that Numbers 15:31 adds, “because he has despised the Word of the Lord.” What is at issue is not just a word passing over someone’s lips, but a more fundamental posture of despising what God has revealed.

It should also be observed that the biblical description of the Holy Spirit convicting individuals of sin helps us understand why blasphemy against the Holy Spirit is such a grave issue. Blaspheming the Holy Spirit is not simply saying something bad about the Holy Spirit (or about anything else, for that matter), but is a persistent rejection of the convicting work of the Spirit, whose job it is to expose our sin and lead us to accept Christ. Jesus says about the Holy Spirit in John 16:8, “And he when he comes, will convict the world concerning sin and righteousness and judgment.” My former teacher, and then long-time Talbot colleague, Mike Wilkins, writes: “This also goes along with the role of the Spirit in convicting individuals of sin, righteousness, and judgment (John 16:8). As long as one rejects the Spirit, one can never find forgiveness for sins.”[2]

Thus, the unforgiveable sin of blasphemy against the Spirit is not a wayward word uttered in a moment of anger. Nor is it some other dramatic sin, like murder, or suicide, or adultery. There is not a hint in Matthew 12 that Jesus had such sins in mind. (Besides, don’t we observe God forgiving such sins throughout the Bible?—think only of the narratives of David and Paul). Rather, as stated before, blasphemy against the Spirit is ongoing hardening of your heart against the Holy Spirit who is trying to lead you to repent of sin and believe in Christ. It is an issue of the heart that manifests in one’s words (and actions). Someone who hardens his or her heart against the convicting ministry of the Holy Spirit and who refuses to repent of sin and turn to Christ in faith has committed a sin that never can be forgiven. The person who repeatedly and without repentance rejects the Holy Spirit’s testimony to Christ is the one who has blasphemed the Holy Spirit. That sin is the only sin that never will be forgiven.

FAQ#1: What does Jesus mean when he says that a word spoken against the Son of Man can be forgiven (Matthew 12:32)?

I’m somewhat unsure how to answer this question, but Wilkins may be correct when he writes, “To speak against the Son of Man implies that a person does not know the full identity of Jesus. Through greater revelation and understanding, that deficiency can be overcome, the person can repent, and the person can then find forgiveness of sin. By yielding to the Spirit’s evidential and convicting work a person can be led to that very point. But to reject continually the Spirit’s work will result in a person never being able to reach that point.”[3]

FAQ#2: If someone can repent of every other sin, why can’t he or she repent of this particular sin?

F. F. Bruce, referring to the Markan parallel (3:28-29), makes an interesting comment in this regard: “For every kind of sin, then, for every form of blasphemy or slander, it is implied that forgiveness is available—presumably when the sin is repented of. But what if one were to repent of blasphemy against the Holy Spirit? Is there no forgiveness for the person who repents of this sin? The answer seems to be that the nature of this sin is such that one does not repent of it, because those who commit it and persist in it do not know that they are sinning.”[4] I would add that they do not know because they have rejected the Holy Spirit’s testimony about Christ and have hardened themselves to such a degree that they do not recognize their sin.

FAQ#3: If I’m a Christian who loves the Lord, should I be worried that I might have inadvertently committed the unforgivable sin?

Blomberg is probably correct when he addresses this apprehension: “…professing believers who fear they have committed the unforgivable sin demonstrate a concern for their spiritual welfare which by definition proves they have not committed it.”[5]