What are Swaddling Clothes? 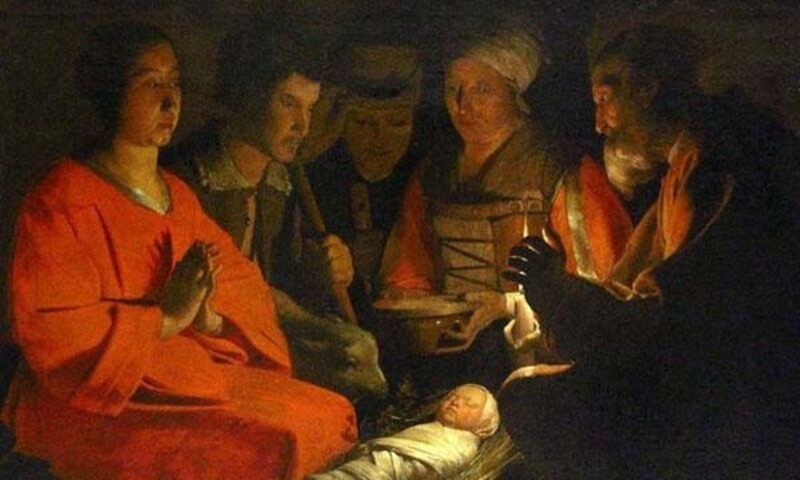 But what were swaddling clothes? The word is old-fashioned enough that many modern Bibles now translate it with “cloths” or “strips of cloth.” The fact that “swaddling clothes” sounds odd makes some people think that Mary was doing something unusual. For example, some have claimed that swaddling clothes were intended for wrapping newborn lambs or dead bodies. But it turns out that the Greek word used for "swaddling" here in Luke was not an unusual word at all, and it did not refer to wrapping lambs or dead bodies.

To find out what this word meant to ancient Greek-speakers, I used a few databases of ancient Greek literature to find all occurrences of the Greek words σπαργανόω (sparganoō, to wrap in swaddling-clothes) and σπάργανον (sparganon, swaddling clothes). I read through every occurrence of these words from literature written before the New Testament and many from after the New Testament as well.

It turns out that this word was entirely normal. σπαργανόω is a stock word used dozens of times in association with birth and babies. It simply refers to wrapping newborn babies tightly in soft cloths, much like most of us do with babies today. In most of the Greek literature I looked at, σπαργανόω occurs associated with words like “baby,” “give birth,” “wash” and “nurse.” Over and over in ancient literature, birth and swaddling are described in terms much as we find in Luke 2. For example, the physician Galen (2nd century AD) advises that babies “should be wrapped first in swaddling clothes.” The philosopher Plutarch, writing at about the same time as Luke, describes how a new mother “receives her baby with pain and suffering, and with tatters of swaddling clothes she warms and caresses it… both night and day.”

So when Mary wrapped Jesus in swaddling clothes, this was a completely normal thing to do. When the angels told the shepherds to look for a baby “wrapped in swaddling clothes,” they were just using ordinary wording to say that he was a newborn. Since Bethlehem was a very small town, he might well have been the only newborn they would find that night; and of course, they could look for the only newborn “lying in a manger.”

Some other interesting facts about ancient swaddling (although not necessarily relevant to the story of Jesus’ birth):