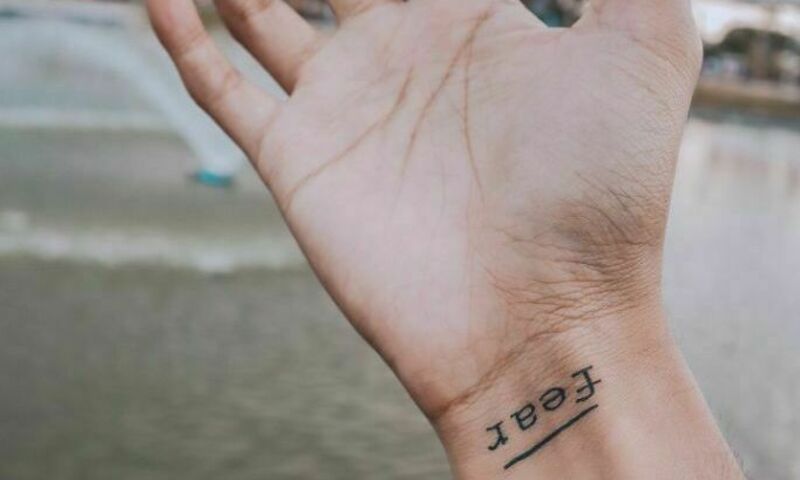 A few years ago, a delightful young college student came up to me and asked, "Would you like to see my tattoo?"

"Um…OK," I mumbled, somewhat unsure of where on her body the tattoo might be located.

She lifted her long hair so I could see what was engraved on the nape of her neck. A single word. In Greek. Good Koine Greek. Displaying a powerful message from the Bible.

"I wanted to show you because, even though you might not remember, you helped me with this. We exchanged emails about a year ago…"

Oh, yes. It was coming back to me. It was one of those emails.

One of the weirdest things about being a professor of Biblical Greek during the third decade of the new millennium is that you regularly receive cryptic emails asking for translations of very short English phrases into Greek. I have received a couple dozen such emails over the past half-dozen years — ever since tattoos became popular among people who weren’t sailors or members of motorcycle gangs.

But for some reason, the emailer never tells me — ok, maybe there have been one or two exceptions over the years — that they’re asking because they want to get a tattoo. I received another such email today. It was a request on behalf of "a friend" who wants me to translate an English phrase into Greek for him.

Why won’t my requesters tell me that their request is for a tattoo translation? — even though I often can guess that it is. You can infer — and so can I — an answer to that question. They don’t tell me because they’re a tiny bit concerned that I’m one of those people who isn’t excited about young men and women getting tattoos.

It turns out that they’re right … sort of. I do have a couple of concerns that many Christian young men and women haven’t adequately weighed their decision to tat (see two items below). But my concern doesn’t stem from a belief that the Bible prohibits tattoos. (I don’t believe that a flat reading of Lev 19:28 as a straight-up prohibition is the proper hermeneutical procedure. But that’s another post, perhaps, for another day.) I believe that a Christian’s decision to get a tattoo belongs in the category theologians refer to as adiaphora, an old Greek word borrowed from the Stoics that sometimes gets used in theology books to refer to an activity that is neither a virtue nor a vice. In other words … a morally gray action — permissible, but not necessarily advisable.

Still, there are a couple of reasons that make me less-than-excited about Christian young people heading out in packs to get their monthly tattoos. Following are two concerns that I don’t think I’ve heard discussed enough.

Still, in most situations, I do not believe that getting a tattoo is a sin. Nor will someone who displays a tattoo on their body hinder me from full Christian fellowship with the wearer — and even genuine respect toward that person. (Honestly, I hardly notice tattoos — sorry to disappoint you!)

I do, however, think that in many situations, a serious look at the wisdom (or lack of wisdom) in tatting may be warranted.

On the other hand, I am inspired by some of the messages on these tattoos, and understand the pure motivations of some who get tattoos. I applaud their intentions and see how at least some of these Christian young people are doing it with the goal of pleasing the Lord. (Though others are just following the pack to the tattoo parlor…)

But I’m probably the wrong person to ask if you want someone to check the accuracy of your anticipated Greek tattoo. To tell the truth, I’m scared to death that I might make a spelling or grammar mistake…