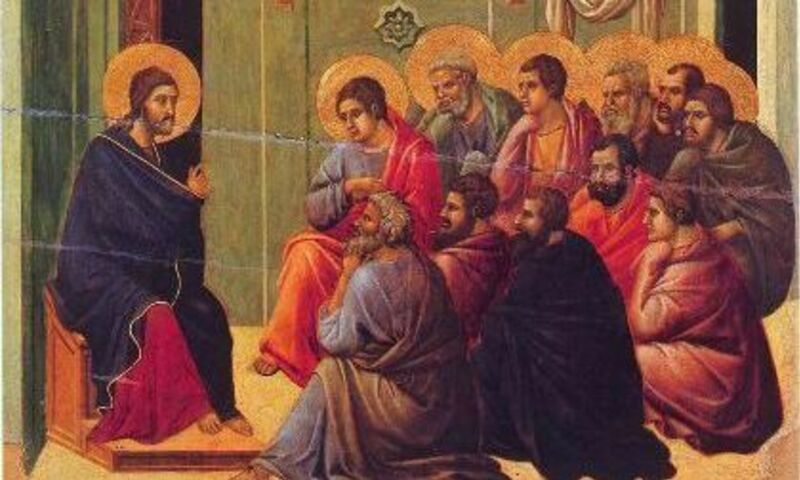 Within the Gospel accounts, Jesus utilized a variety of metaphors to describe his relationship with his followers: vine and branches, shepherd and sheep, bread for the hungry, water for the thirsty, light for those who walk in darkness, and so on. But of all the language that Jesus used to refer to his earliest followers, ‘disciple’ is by far the dominant concept. The Greek word for disciple — μαθητής and its derivatives — is used over 230 times in the Gospels. For instance, in Matthew’s gospel, Jesus’ public ministry begins with him calling his disciples — “Follow me, and I will turn you into fishers of people” (Mt 4:19 NET) — and concludes with him sending his disciples to “go and make disciples of all nations…” (Mt 28:19 NET). From the perspective of Matthew, Mark, Luke, and John, the foundational paradigm for understanding one’s relationship to Jesus is that persons are disciples (students; learners) of life in his Father’s kingdom. Disciples entrust themselves to their master Jesus as the way, the truth, and the life.

Given that 1st century, biblical discipleship was always discipleship to the person of Jesus, it is striking that language of “discipling” and “discipleship” tends to be used in contemporary Christian ministry to connote relationships between believers. The question “Have you been discipled?” often conjures up one-on-one mentoring with an older Christian or perhaps a small group gathered around a mature leader for an extended period of time. The language of “life-on-life discipleship” implies two human lives, where the one being discipled has frequent access to the nitty-gritty of the one doing the discipling. Indeed, I once met a young Christian who introduced himself, quite sincerely and proudly, as a “disciple of Stan.” Many Christians think they have missed out on being discipled because they haven’t been in such an intensive relationship with a Stan or a Susan.

But as my Talbot colleague Michael Wilkins has made clear in numerous publications, the concept of ‘disciple’ in the Gospels and Acts is always focused on the Christian’s discipleship or studentship to the person of Jesus. The great commission to go and make disciples was not commissioning of Peter, James, John, and the rest to take on disciples of themselves. Rather, the call was for Peter, James, John, and the rest to proclaim the availability of an ongoing, learning relationship with the risen, ascended Lord Jesus who remained with his followers by his Spirit. Jesus himself had made this point clear to the Twelve, “But you are not to be called ‘Rabbi,’ for you have one Teacher and you are all brothers. And call no one your ‘father’ on earth, for you have one Father, who is in heaven. Nor are you to be called ‘teacher,’ for you have one Teacher, the Christ” (Mt 23:8–10). While not quite “The Last Jedi,” Jesus was clearly the last Rabbi.

As we see throughout the New Testament, those who confess Jesus as Lord are called into an ongoing union and communion with the risen, ascended Christ who sits at the right hand of the Father. Paul writes, “I have been crucified with Christ, and it is no longer I who live, but Christ who lives in me” (Gal 2:20). Indeed, Jesus did not leave his followers as orphans but he remains with us always. Christ is teaching, comforting, challenging, guiding, loving us through his sanctifying Spirit. It is telling that the one time we see early Christians lining up behind human leaders (1 Cor 1), Paul makes it clear that this sort of following is “merely human” and not of the Spirit (1 Cor 3:4). Notice that in Corinth Paul identifies groups that follow Apollos, Paul, Peter, and then there is a group that follows Jesus! (1 Cor 1:12). As if Christ had been divided amongst other human persons or as if Paul had been crucified on their behalf instead of Christ (1 Cor 1:13). Paul is pointing to the absurdity of rooting one’s identity in anyone other than Christ Jesus. While fellow believers — brothers and sisters — are certainly meant to aid one another in Christian living, we always come alongside others as fellow disciples to assist them in their discipleship to Jesus. Wise, Christian mentors certainly do not replace or mediate Jesus. Mentors might say, with Paul, “Imitate me, just as I also imitate Christ” (1 Cor 11:1). But what is imitated are the ways in which Paul and others fix their eyes on Jesus. To imitate Paul’s cruciform way of life is to deny ourselves, take up our cross daily, and follow Jesus (Lk 9:23) just as Paul did. We imitate others by learning from them how to live our lives under the Lordship of Jesus in a similar manner as they live their life under the Lordship of Jesus.

This has tremendous implications for the question we considered earlier, “Have you been discipled?” It turns out that everyone who has turned to Jesus as Lord is being discipled. All Christians are currently in a discipleship relationship with the premier master-discipler himself, the Lord Jesus Christ. Jesus is alive and well and he remains in the business of calling persons into an interactive relationship with himself by his indwelling Holy Spirit. His call to “Come to me, all who are weary and burdened…Take my yoke on you and learn from me” (Mt 11:28, 29) is as relevant in the 21st century as it was in the 1st.

This presses the question as to what a discipleship ministry will look like in the local church or parachurch once we realize that all true followers of Jesus are already being discipled by Jesus himself. How do we invite persons into a discipleship program or relationship when they are already in a discipleship group with Jesus? I realize that can sound overly spiritualized, problematically pietistic, or too individualistic, but we need to carefully consider whether the one who says “and lo, I am with you always” (Mt 28:20) really meant it. If we are not careful, our discipleship ministry might get in the way of the discipling work Jesus already has going. To return to Paul, “I planted, Apollos watered, but God caused the growth. So neither the one who plants counts for anything, nor the one who waters, but God who causes the growth….We are coworkers belonging to God. You are God’s field, God’s building” (I Cor 3:6–7, 9 NET). Thanks be to the God and Father of our Lord Jesus who stays with his children, discipling them into life with him. And thanks be to the God and Father of our Lord Jesus who invites us to work with one another in what he is already doing. 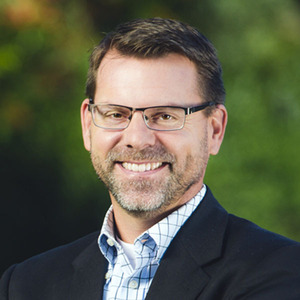