Faith and Works Always Go Together 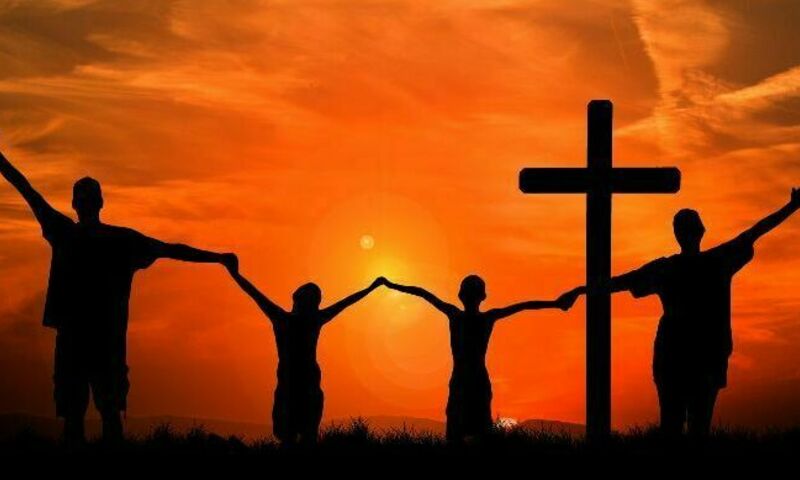 I have frequently heard from many Christian leaders the claim that faith in Christ is the most important thing of all and that everything else is secondary. In various ways, they argue that salvation or the spiritual is more important than the earthly or social. According to this rationale, the main function of Christians is to proclaim the message of spiritual salvation through Jesus Christ without wasting time for social actions that can distract us from what is really important.

It is not that social issues have no value, but that according to this way of thinking it is not essential and can serve as a distraction from what is truly important. As one preacher recently stated, "If you care about social justice, but don't share the gospel, the people we serve are going to hell anyway."

However, it seems to me that this way of thinking reflects a false dichotomy between the spiritual and the earthly. Faith and works are not enemies but always go together. Both are part of God's grace in our lives and never contradict each other in true believers. Divine grace offers us the forgiveness of our sins only by faith in Christ (Ephesians 2:8-10). This gift does not depend on us and is received only by faith.

The good works that we can do are also the result of divine grace which produces in us both to will and to work for His good pleasure (Phil. 2:13). So, Christ's work in our lives inseparably includes both the spiritual and the earthly manifestation of our faith. Both a spiritual gospel without earthly action and a social gospel without faith in Christ is incomplete and degrade Christ's redemptive work in the world.

This union between the spiritual and the earthly is clearly explained by the apostle James in the biblical letter that bears his name. In James 2:14-26, the Word of God teaches us our faith in Christ and our actions to serve others must always be inseparably united. It cannot be said that one area can function without the other since they should be indivisible areas in which no contradiction is found. Faith and works cannot be separated as some suggest, since a faith that is not manifested in good works is not true faith.

Unfortunately, there is a tendency to emphasize only faith or works and, in this way, we fall into wrong extremes as Martin Luther did when he belittled the letter to James and relegated it to an appendix in his biblical translation because he thought faith was more important and James did not affirm it as he thought. Ironically, by wanting to be biblical, some like Luther disparage the message of Scripture that affirms the complete gospel of Christ.

James, for example, does not teach a different gospel than does the apostle Paul in his letter to the Romans. James simply emphasizes that faith and works are inseparable elements of Christ's saving work in our lives. James warns us about hiding in a merely theoretical faith with no practical relevance. In this passage, James begins and concludes with the affirmation that faith and works are always united. He offers three examples, one daily, one theological, and one practical to support his central point.

James 2:14 states, “What good is it, my brothers and sisters, if someone claims to have faith but has no deeds? Can such faith save them?” James refers to believers and asks them if it is possible to claim to have faith in Christ without showing good works. Perhaps some who wanted to follow Christ were content to keep their faith private and away from any social responsibility. James teaches that this is impossible and he first responds in verses 15-17 to the questions in verse 14 with an example of daily life for his readers:

Suppose a brother or a sister is without clothes and daily food. If one of you says to them, “Go in peace; keep warm and well fed,” but does nothing about their physical needs, what good is it? In the same way, faith by itself, if it is not accompanied by action, is dead.

If believers do not help others around us with physical needs our faith is meaningless. James affirms that faith without works is dead. In verses 18-19 James now gives a theological example to continue explaining the relationship between faith and works:

But someone will say, “You have faith; I have deeds.” Show me your faith without deeds, and I will show you my faith by my deeds. You believe that there is one God. Good! Even the demons believe that—and shudder.

Although some may take sides between faith or works, the reality is that the two are always united. Faith is not only an intellectual exercise but a practical one. Faith is not merely a theological knowledge since even demons know God, but faith is manifested in our actions that reflect God's character. Verses 20-25 show two biblical examples of the inseparable relationship between faith and works:

You foolish person, do you want evidence that faith without deeds is useless? Was not our father Abraham considered righteous for what he did when he offered his son Isaac on the altar? You see that his faith and his actions were working together, and his faith was made complete by what he did. And the scripture was fulfilled that says, “Abraham believed God, and it was credited to him as righteousness,” and he was called God’s friend. You see that a person is considered righteous by what they do and not by faith alone. In the same way, was not even Rahab the prostitute considered righteous for what she did when she gave lodging to the spies and sent them off in a different direction?

Both in Abraham, the father of faith, and in Rahab we can see that faith acted in conjunction with their works. Evidently, their faith in God originated and motivated their actions and not the other way around. But there is no gap between their faith and their actions. Faith is always practical. Orthodoxy (correct teaching) must always be united to orthopraxis (the correct practice).

James concludes his argument in verse 26 this way: “As the body without the spirit is dead, so faith without deeds is dead.” Our faith in Christ and our actions for the benefit of others are indivisible parts of God's grace in our lives. We cannot know God if we do not serve Him and we cannot serve God if we do not know Him.

Any inconsistency between the Christianity we profess and our actions results from an incomplete gospel. All that we are is thanks to God's grace and our actions are the way we also proclaim the aroma of Christ to everyone around us (2 Cor. 2:15).

This post was originally published in Spanish on January 16, 2020.