A Classroom Game: War and Peace in Canaan 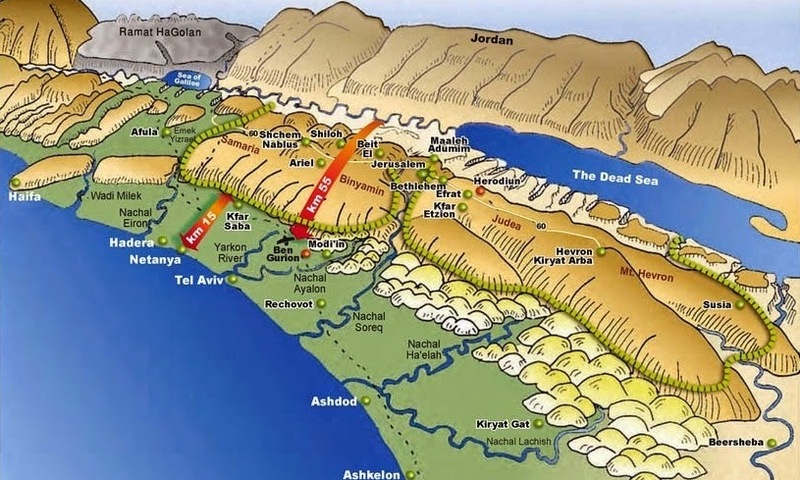 One of the topics I love to teach to my students is the geography of Israel. I have been to Israel many times and lived there for extended periods of time twice in my life, and my time in Israel has dramatically helped my understanding of the Old Testament. In several of my classes I require my students to memorize the major aspects of the geography of Israel, such as the two major roads, the various regions, and the most important cities. However, just having them fill in names on a map is not very exciting and could miss the essential element of how these geographic regions affect events.

Therefore, many years ago I decided to help my students immerse themselves in the topic through an in-class game. The game was a complete flop the first time I played it, but the students loved it and inspired me to work on perfecting it. I have continued to improve the game until I published it in the journal Teaching Theology and Religion in 2018.

The game, called War and Peace in Canaan, is influenced both by such general market games as Catan, Diplomacy and Risk, and more complicated games like The Campaigns of King David and Assyrian Wars. It focuses not only on geography but also how that geography influenced political and military decisions. Here is a basic overview of the game. The game has six turns (each turn is about ten to fifteen minutes of classroom time) over the course of the semester involving six groups, each assigned a city state in Canaan and the surrounding lands. Given the recent shift to remote instruction, I have now moved the game completely online and operate it through the VoiceThread platform. The groups usually have four to five members (and this is probably the upper limit if the active involvement of each student is sought). The cities receive a predetermined number of sheep (wealth) and chariots (military power) each turn. The city with the most sheep at the end of the game wins. Along with peaceful trade options, wealth can be acquired through conquering territory. However, since no city is powerful enough to conquer everything, cities must negotiate with each other to decide whom to attack and with whom to ally. The most powerful cities halfway through the game can become suzerains and take on other cities as vassals (for tribute); the advantage for the vassals is that if their suzerain wins the game they will receive a small amount of the winnings (such as extra credit if the professor desires).

I have included here a picture of a turn from the middle of a game to illustrate what the game looks like. In this particular game, it can be seen how poorly Shechem was doing (yellow), while Tyre (blue) went on to win the game, with Hebron (purple) a close second.

The game is based primarily in the time period when the external empires (Egypt, Assyria, Babylon and Persia) were weak (approximately 1100-800 BCE), but an optional turn of the game simulates the arrival of Assyria and forces the cities to decide how they will try to survive in the face of this overwhelming empire. A variety of scenarios have also been included to provide ways to recreate various biblical events within the game. While the basic version of the game simplifies various aspects of life in Canaan, a collection of optional rules provides options for the professor to incorporate further details.

I have set up the game so that generally events happen that are similar to those in the Old Testament. For example, the example turn above shows how Megiddo and the Jezreel Valley are the most fought over areas in the game, just like in the Old Testament. Damascus and Gaza are powerhouses that can easily overwhelm their neighbors unless they stand together. Hebron and Shechem are less powerful than their neighbors, but if played well can stand their ground and even win the game. As we go through the turns together, I highlight how the situation in the game matches various biblical narratives to help the students “feel” why the events happened as they did.

Although I think it is important, I recognize that memorizing names on a map can be a dreary task. My hope is that things like this game can help my students learn in a more natural way the geography of Israel and how it impacts the beloved stories of the Bible. While few classes at Biola have games like this, most classes include a variety of pedagogical elements that encourage student learning. Just one of the reasons why I love being a part of the Biola community!

#howtostophate: “Using the Caption: ‘Made in the Image of God’”