Was Saul of Tarsus Compensating?

In your most recent defenders video you wont over Lüdemann's hallucination hypothesis. I agree that it doesn't nearly account for all the data, but since I am studying a bachelor of psychology there is a point I am curious about. Lüdemann's hypothesis relies on the idea that Saul was very guilty and felt he couldn't measure up to the requirements God had for him. You say that this is ad hoc and there is no evidence of this, in fact that the evidence would suggest he was content and even confident in his jewish practice (as per Phillipians 3:6). But I'm just wondering why there was no discussion of compensation, one of Freud's defense mechanisms? It surprises me that Lüdemann would rely on hallucination in his psychoanalysis - which is not even a defence mechanism - but not talk about compensation. It seems that his argument could really be bolstered by that point. Compensation is the idea that because someone feels inadequate in a certain way, they work very hard - strive beyond measure - at a task, to make themselves feel okay. (E.g. I might feel like I'm stupid, so I spend every waking moment studying to make sure I get good grades and protect/distract myself from that opinion of myself). That could describe Paul perfectly! And then all the evidence that he worked so hard and was such a great Jew would be evidence for Lüdemann's position rather than against it. I don't think this solves all the other issues with the hypothesis, and of course Freud's theory is controversial and not fully supported, and the psychoanalysis of historical persons does seem like a very unreliable practice. However, I just wonder why that wasn't mentioned. Does Lüdemann really not address it or was it for the sake of time in the class? Perhaps since he is not a trained psychologist (let alone trained psychoanalyst) he really doesn't know what he's talking about? 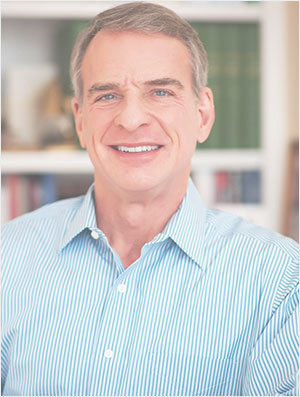 As you note, Amanda, neither Lüdemann nor I is a trained psychologist, and so I think that he is describing in laymen’s terms precisely what you identify as “compensation.” His view is that the zeal of Saul of Tarsus in persecuting the fledgling Christian movement was a compensation for his feelings of inadequacy in living up the demands of the Jewish law. Lüdemann adds to this hypothesis the additional supposition that Saul had an unconscious attraction to Christianity. Unable to compensate successfully for his inadequacy, even through persecution of the early church, Saul’s guilt-ridden conscience finally erupted into seeing a vision of Christ, leading him to embrace Christian belief and so find relief.

Now Lüdemann’s view is open to criticism at, at least, two points. First, there is his hallucination hypothesis. In my debate with Lüdemann, published as Jesus’ Resurrection: Fact or Figment? (IVP: 2000), I present a number of reasons to think that Paul’s experience is not most plausibly treated as hallucinatory.

But second, there is what we may call his compensation hypothesis. Note that Paul’s zeal in promoting Christianity is not evidence for that hypothesis, for it is the pre-Christian Paul who is said to be compensating, and Paul’s zeal as a Christian is equally well-explained by his life-changing conversion. What Lüdemann needs and tries to give is evidence that the pre-Christian Paul, or Saul, was using the defense mechanism of compensation. But as I explain in that same book, there is no evidence for such feelings of inadequacy on Saul’s part. To the contrary, what evidence we do have suggests that Saul was confident in and content with his life as a Jew. So anyone who would defend Lüdemann’s compensation hypothesis has his work cut out for him.