Take Up and Read: Nicomachean Ethics

I am writing this ongoing blog series on Reflections to encourage Christians to read more vigorously and enrich their lives with Christian classics in such fields as theology, philosophy and apologetics. Hopefully, a brief introduction to these Christian texts will motivate today’s believers to, as St. Augustine was called in his dramatic conversion to Christianity, “take up and read” (Latin: Tolle lege) these excellent books.

This week’s book, The Nicomachean Ethics by the great Greek philosopher Aristotle, is a classic of Western civilization in the field of philosophy and ethics. This work not only shaped ethical theory in Western philosophy but it also deeply influenced Christian moral thought—especially in the Middle Ages. Almost 2,400 years after it was written, Aristotle’s masterwork continues to challenge people who ask the big questions of life.

Why Is This Author Notable?

Aristotle (384–322 BC) is arguably the greatest philosopher ever. His influence on Western civilization is incalculable. A student at Plato’s Academy as a young man, Aristotle would go on to tutor Alexander the Great and write nearly 1,000 books and pamphlets. Most of his writings were lost in antiquity, but those that survived have been greatly influential in such fields as logic, rhetoric, metaphysics, ethics, psychology and even natural history.

What Is This Book About?

Aristotle’s Nicomachean Ethics is one of the greatest treatments of moral theory in the history of Western philosophy. In contrast with his teacher Plato, who grounded virtue in the transcendent world of forms, Aristotle’s ethics tend to be more this-worldly and pragmatic.

Aristotle’s work is divided into ten “books,” with titles such as “The Object of Life,” “Justice,” “The Kinds of Friendship” and “Pleasure and the Life of Happiness.” His understanding of the human condition and the pursuit of the good life can be summarized in these points:

Criticism of Aristotle’s ethics can be illustrated by asking two questions:

There is much for Christians to both agree and disagree with in Aristotle’s ethical masterpiece. One example includes Aristotle’s reflection on how eudaemonia is the pursuit of a lifetime:

“One swallow does not make a summer; neither does one day. Similarly neither can one day, or a brief space of time, make a man blessed and happy.”1

Why Is This Book Worth Reading?

The great medieval Catholic thinker Thomas Aquinas called Aristotle “The Philosopher.” And as one of the great models of the philosophical enterprise, Aristotle’s reflections on ethics are worthy of careful consideration. Despite some disagreement with Aristotle’s conclusions, Christians stand to learn a great deal from this intellectual giant.

Therefore, I encourage you to take up and read Nicomachean Ethics.

Would it be better for human beings to seek “well-being” in life rather than happiness? 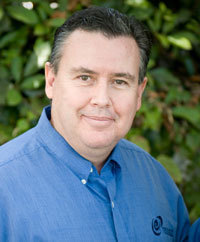